And back to the Dollarama for the second post of the weekend. Interestingly, I saw $4 hanger repacks with 100 Magic cards in them yesterday. Can hockey versions be far behind?

Doing the two-step again, with a $1 hanger and a $2 Surprise Bag, and starting with the cheapest. 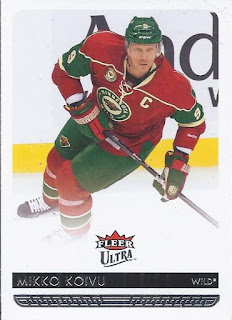 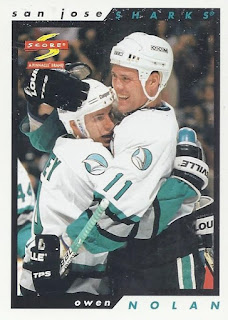 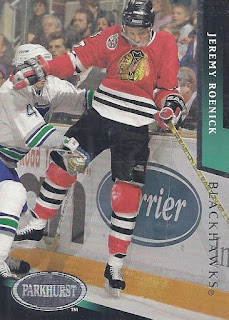 1993 Parkhurst - Jeremy Roenick - A contender, along with the Nolan for most interesting photo in the pack. 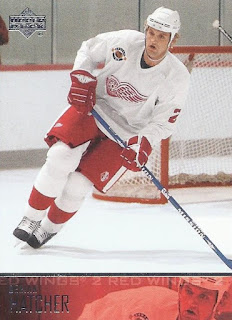 2003 UD - Derian Hatcher - This is the fun of random cards from repacks. I'd completely and totally blanked on his tenure in Detroit. All 15 games of it. He'd go on to 3 seasons with Philly, but would have far more Wings cards than Flyers cards. 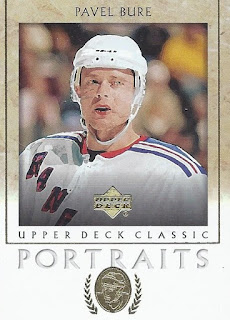 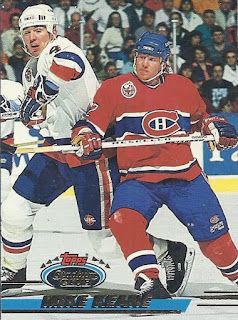 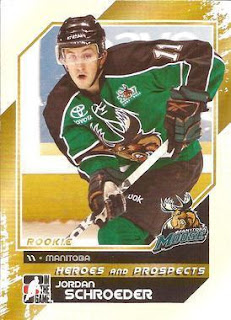 2010 ITG H&P - Jordan Schroeder - Why'd I get this? The great Manitoba Moose jersey!

A good number of keeper cards here. And now, the Surprise bag! 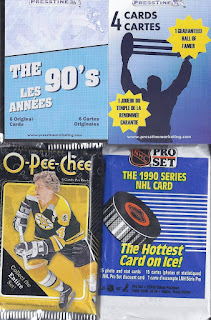 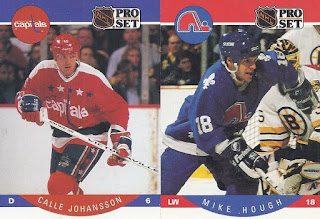 Believe it or nuts, the Pro Set pack contained a card I needed for the PC! Somehow, I didn't have that Calle Johansson in my 2.14 collection, and maybe not that Hough for my Rangers alum collection. A worthwhile junk wax break. 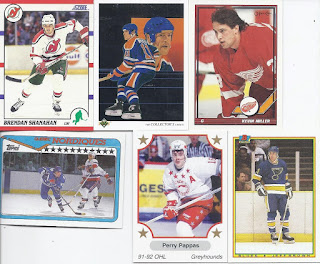 The 90's pack was less providing. I even had the Messier checklist. 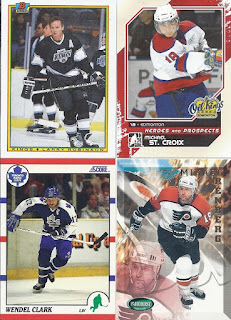 The HOF pack. I'm guessing I already have that Robinson in my alum binder. Some more H&P, this time with a nice Oil Kings logo. 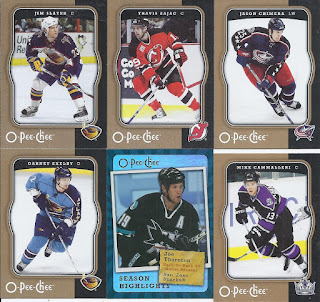 And the OPC. I'll take a nice shiny card, and yet another Cammalleri bound for a new home in a Thrashers-intensice pack.