And now, the Ottawa Senators portion of the latest COMC mailer. 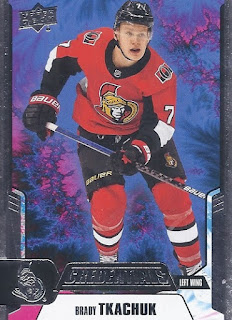 First up is one of those "cheap because of e-packs" cards. This is a Mandlebrot Fractal parallel, and really gives the vibe of a Diamond Kings card from the 80s, at least with the background. 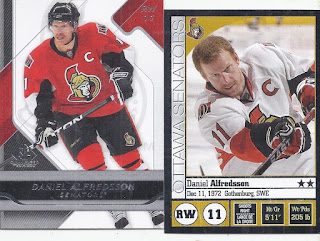 Naturally, there's going to be some Alfie content in there. One card, one sticker. 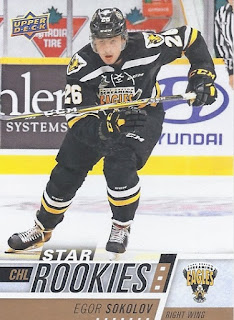 Egor Sokolov was a second round pick who has just started seeing ice time with the Belleville Sens this season. Even if he doesn't reach the bigs, at least I've got a Cape Breton Screaming Eagles in my Ottawa binder. 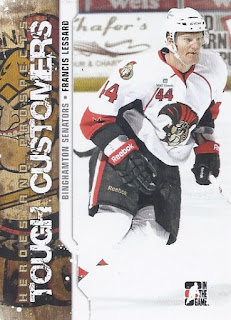 Another minor league card. Although Lessard did reach the NHL, he didn't get any cards representing his time in Ottawa. So, a minor league card with Binghamton will have to do. Nice design as well! 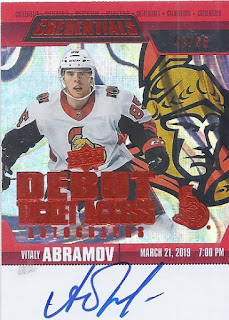 Start with some Credentials, end up with some Credentials. I only did two e-packs of the product, but did really well with them. One landed me a /25 Dylan Larkin auto that I recently sent to Ann Arbor, and the other landed me this. It's the second on-card autograph of Abramov that I've picked up, joining a Seismic Gold from Platinum. Abramov knocked Daniel Alfredsson out of alphabetic first place in my team collection, and at least he's doing so with some nice-looking cards.
There you have it!

Posted by buckstorecards at 12:48