A trio of PWEs from Kerry @ Cards on Cards are the subject of this opening of the ol' mailbag. 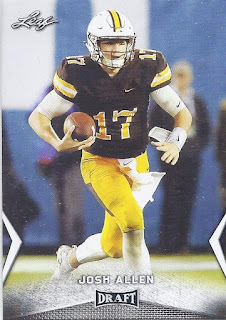 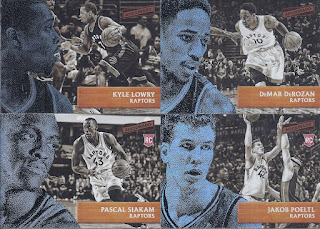 Since Trail Blazers content is a part of my mailers sent westward, it is only appropriate that some Raptors content heads my way in return. Aficionado might be the least numerous of the 16-17 product in my Raptors  collection. Can't complain about a new Siakam rookie. 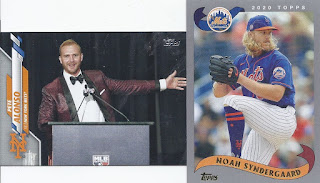 The Mets content was not big in numbers, but this was all about the quality, not the quantity. Pete Alonso appears on a photo variation from 2020 Update, with Syndergaard's card being a /99 photo variation. 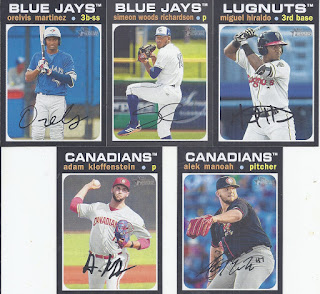 The big volume winner was the Blue Jays portion of these PWEs. I'm not going to give a detailed look, but I guess this is the complete team set out of Heritage Minors. The Lansing Lugnuts did not survive the minor league franchise purge of this past offseason as a Toronto affiliate, but is now an Oakland affiliate. 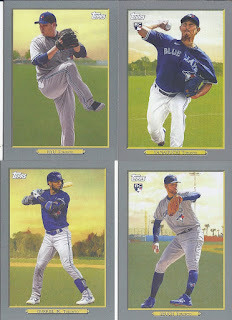 This isn't the complete team set from Series 2 of Turkey Red, but it is not less welcome. Yamaguchi has already been shunned by the team after one season, and is now with the Giants. 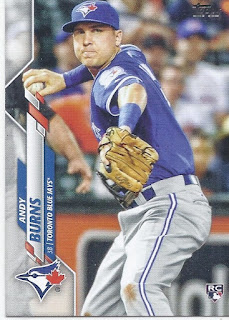 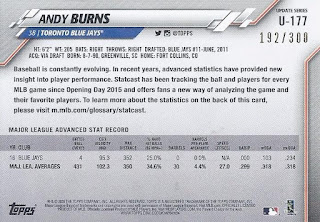 But in the era of never-ending parallels, this one is an advanced stat parallel. 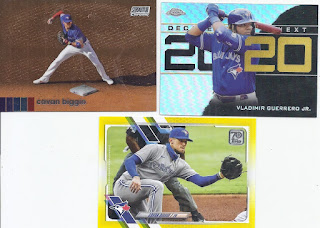 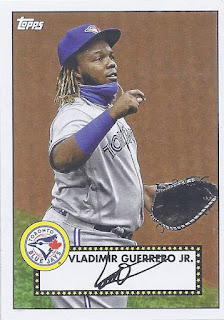 And here's one more appearance of Vladdy to end this. He's looking a lot different in this photo than now, showing up for spring training about 40 pounds lighter than here. It appears to have turned out pretty good for him, with some great numbers so far in the Grapefruit League this season. Hopefully, this translates into the regular season.
There you have it!
Posted by buckstorecards at 08:09