Today, it is the randomness from Columbus and New Jersey. 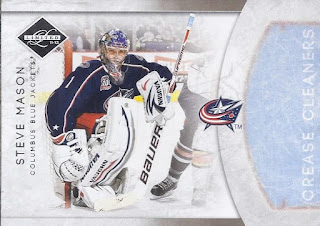 This one is bound for my Kitchener Rangers alumni collection. He may have only spent part of a season with the club, but he still counts. This card from Limited is /199. 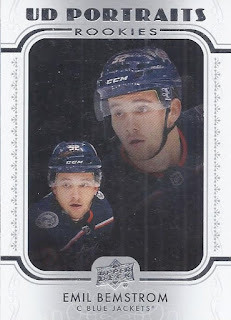 The team has a decent number of rookies in the current season, with several players being all over the releases. Emil Bemstrom is one, found in the perpetually dull Portraits inserts. 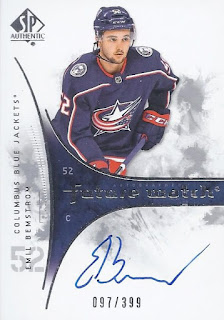 But these are a little more interesting. And you can interpret two letters on the signature, so that's something. 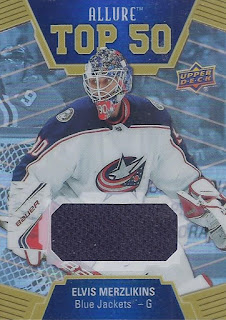 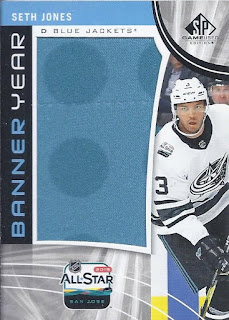 An interesting relic that's been making appearances in SP Game Used over the past few seasons. The Banner Year features a piece of a banner that appeared in the arena during a recent event, in this case the 2019 All-Star game in San Jose. In the past, there have been Stadium Series, Stanley Cup finals, and entry draft banners. 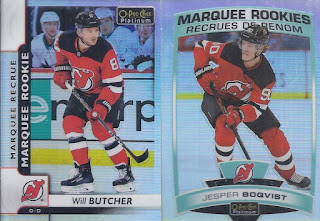 New Jersey is as far to the east as I'll go with this. Shininess to start! 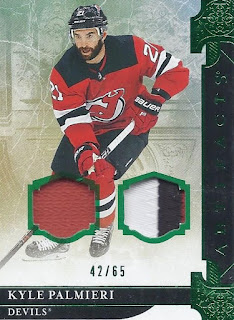 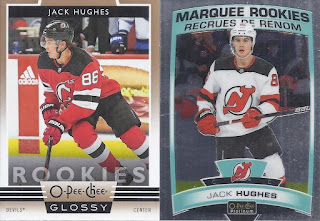 Having the Devils in a release with some 2019-20 boxes means you're chasing cards of the #1 draft pick in Jack Hughes. Here's two of them! The glossy is a copper parallel from packs that appear in retail tins of flagship this year. 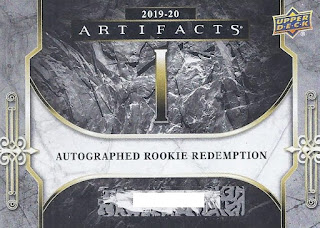 And here's something that will turn into a Jack Hughes autograph! That means that with the Cale Makar auto, I've got two autographs of the top rookies on their way at some point from Artifacts. That's going to be quite the mailday!

There you have it!
Posted by buckstorecards at 10:41