I could call this a repack adventure, since these were repacked packs from Shoppers Drug Mart. But, since there was only one pack per repack, so I'm ruling that it doesn't. 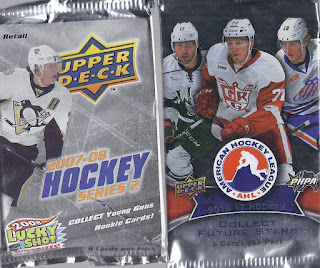 It has been a while since I've busted wither of these packs, so at least I've got that to look forward to. 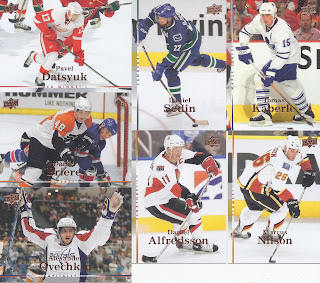 That's a really nice mix of stars among the base cards in this. Ovie, Alfie, Sedin. Datsyuk. Can't complain about this! 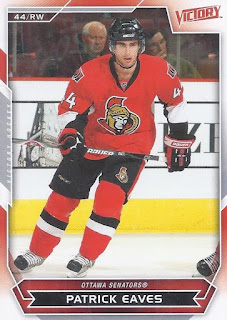 I think these Victory Update cards were one-per-pack. It might not be the Young Guns card of Toews, but I'll take a card for the PC any day. 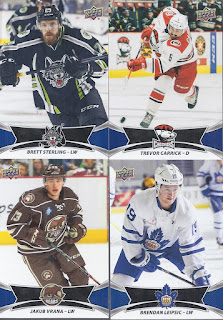 The AHL pack promises Future Stars. How's this group? Sterling had already tasted the NHL with Atlanta, but would never play another game in the NHL after this release. The other three made at least one game worth of appearance in the NHL this past season, with Vrana being the closest to star status in this group. Leipsic's...openness? made him a Twitter star earlier this year. That earned him a release and he signed with the KHL. 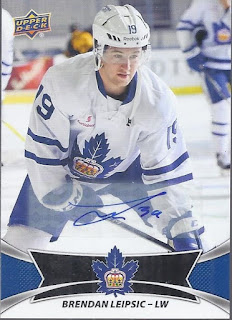 And if I'm going to get a hit from the product, it might as well be another appearance of Leipsic. This is a short-printed auto, which is 1:20 packs. The base card is also SPd. Interestingly, I could get 4 of the autographs at COMC for the cost of base card. Good times.

There you have it!
Posted by buckstorecards at 19:02