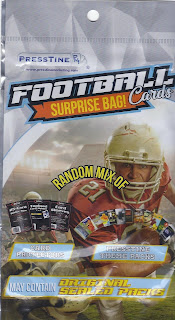 Wrapping this 3 day repack adventure up with football. 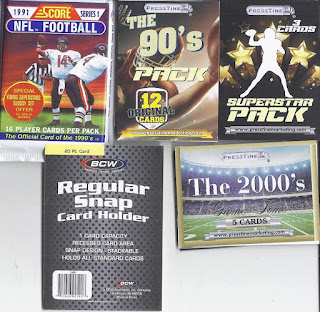 While I do generally post all the content in these, I'm only gonna hit my highlights from the Score pack. All the repacks within the repacks will be shown in their entirety. 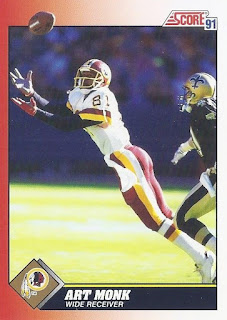 And what an amazing photo to start with in the Score pack. 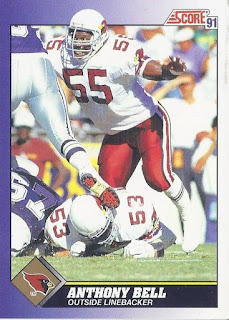 But this one is pretty good too, since you cam just see the glee on Anthony Bell's face as he is set to wrap up the ball carrier. 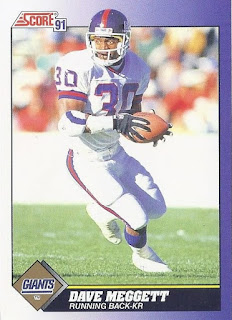 One last card from the then-NFC East. Dave's going to have a pretty consistent address for the next 14 years or so if you want to try for a TTM autograph, and that's assuming he's allowed to use writing utensils where he is. 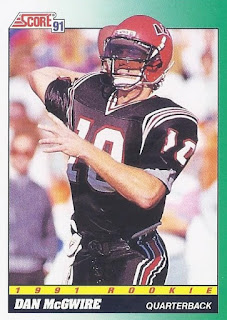 The only rookie card in the pack was someone with a far more famous brother. 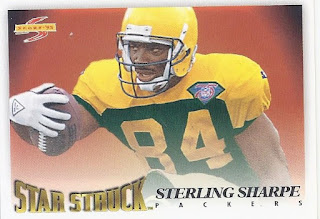 The 90s pack starts with a nice look at the Packers throwbacks from the 1994 season. Alas, they didn't win the Super Bowl that year, so I can't bring out the Giant Spider Invasion videos.

Shininess, from the abrasive to the subtle. The Brad Daluiso in the middle is a Special Effects parallel. 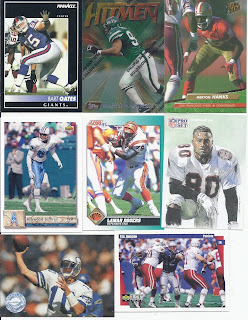 Here's the remainder of the 90s pack. I never thought I'd ever have the chance to showcase two Dan McGwire cards in one post, but there it is. The horizontal card portion of this was really strong, with a great photo of Ted Johnson trying to break through the line, complete with blood on the leg of his uniform. 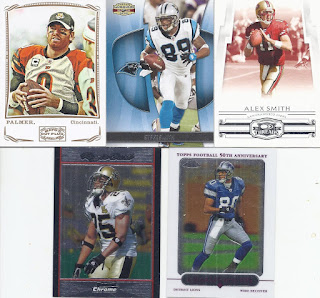 Not that bad of a grouping in the 2000s in terms of players, and the cards themselves. One can contrast the more modern Chrome cards with the retro look of the Mayo.

A very solid repack with big names, interesting photos, and sets you really don't expect to see in repacks. My favourites were probably the Bell, the Daluiso and the Sharpe, a surprising sweep for the early 90s.

There you have it!
Posted by buckstorecards at 03:19