This was probably my favourite pack of the box. 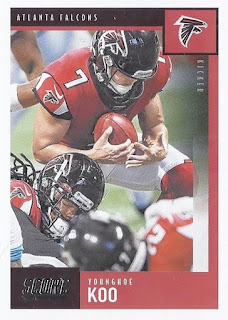 This looks like a generic card of a player scrambling with the ball, until you look at their position. This is a kicker card, and the photo is of when he recovered a fumble against the Panthers. Recovered might not be the best word, as it just landed in his arms after the strip. But that's a unique card of a player for whom this looks to be his first NFL card, even though he did have AAF cards last season. 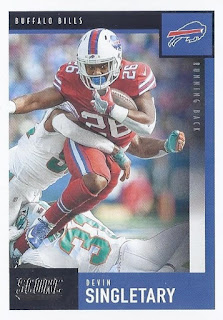 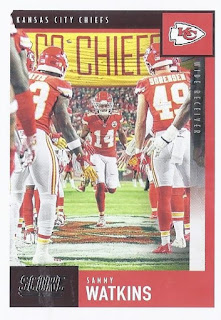 In pretty much any other pack, this Sammy Watkins would be the best photograph. 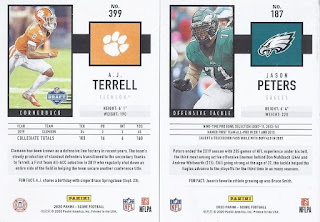 My two favourite Bruces make appearances in the Fun Facts this time. 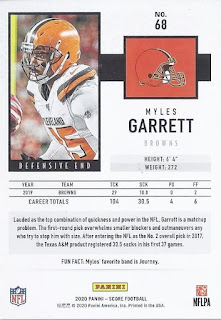 You could have offered me several hundred guesses, but I would never have gotten around to identifying Myles Garrett as a Journey fan. 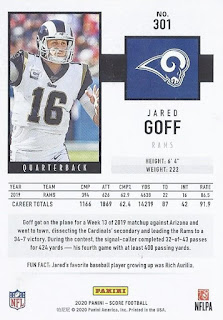 You could have offered me several hundred guesses, but I would never have gotten around to identifying Jared Goff as a Rich Aurilia fan. 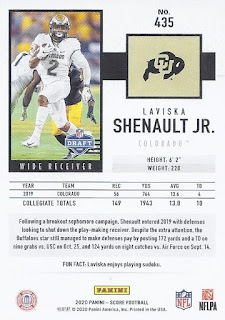 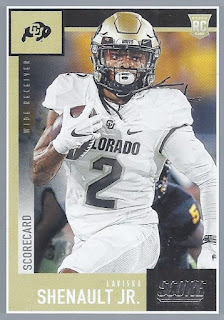 That also leads into this pack's one parallel card. Another contender for the best photo in the pack was the Seattle Seahawks 'Bye Bye Bye' celebration against the Browns. 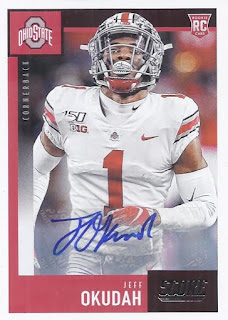 And here's the final autograph of the box. It is the best of the box in terms of draft position, as Okudah went 3rd overall to Detroit.