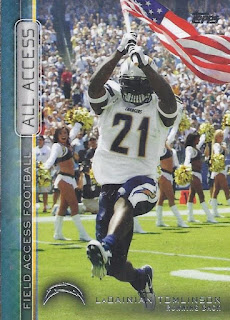 A very patriotic entry opens up this box and its interesting cards. While the blue parallels of the base set aren't numbered, the ones for the insert sets are numbered /99. 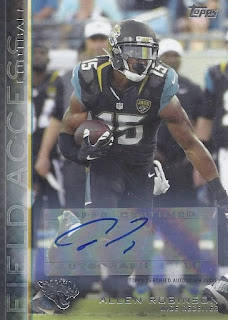 Good enough player for the auto (although he was injured in the first quarter of the season and is out for the year), but that's ghastly penmanship. 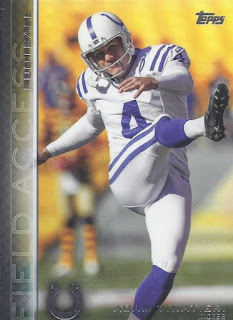 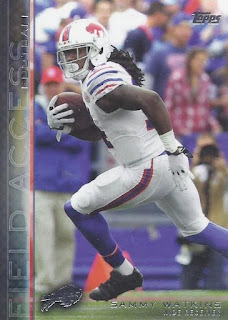 My first Bills card so far. Throwback helmets are a bonus. 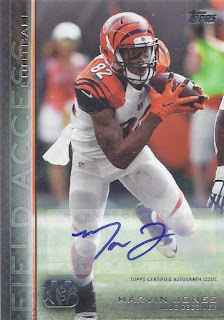 The pack's auto. He's still in the league at this point, and seems to have caught on quite nicely with the Lions. 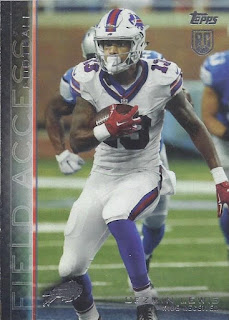 Bills content starts this one off for my second entry for them. 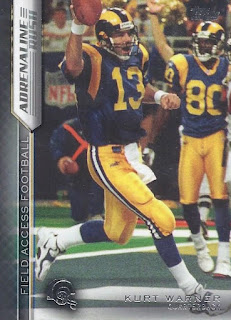 The Adrenaline Rush insert gives a nice flashback to the greatest show on turf era of the Rams. 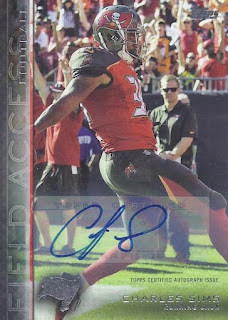 And the second box so far with an auto that's getting set aside for Matt @ BWtP. Nice photo to go with it as well. 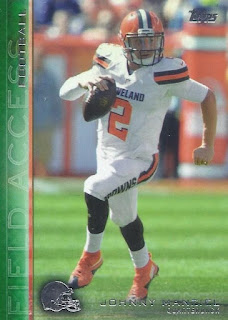 If he hadn't pissed off everyone on his way out of the league, this might have been a decent pull. 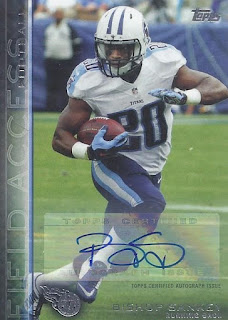 And the auto. Much like with Robinson, he's also had injuries this year. Unlike Robinson, he was unfortunate enough to have them take place in the pre-season opener.

Another box where the best card may have been one for somebody else, but that Tomlinson at the start was also a solid contender.

I do expect the rest of the boxes to finally arrive later today, so I should be taking a short break from this case starting tomorrow.