Up now, the box that put me at the halfway mark. 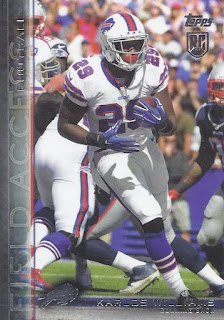 Bills content opens this pack with the perpetually-suspended Karlos Williams. Sounds about right in terms of a team approaching 18 years of playoff absence. 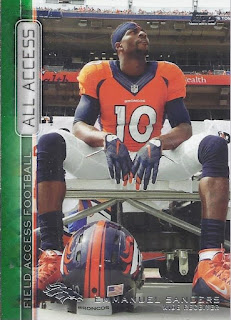 A beautifully done photograph starts the numbered cards in this box. I love the helmet in the foreground on the bottom with the stadium rising behind the player. This green parallel is /50. 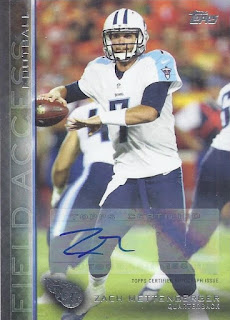 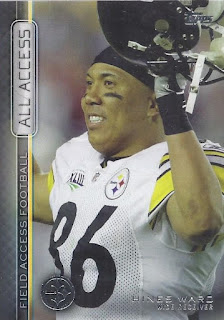 An interesting all-access photo here as well. Looks like a tip of the helmet from Super Bowl 43. 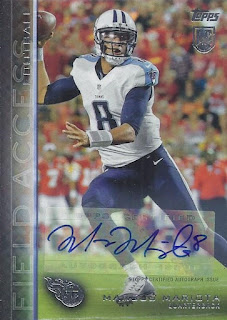 That's better in terms of aesthetics and being a Titans QB autograph. I pulled the gold parallel of this previously, and sent it off to Kerry @ Cards on Cards for his Ducks collection. This one, I'll be keeping. Since I should keep at least one of the two. 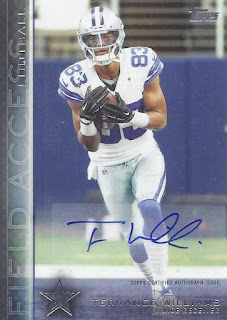 This one was pretty bland, but the autograph is of someone still on the same team that drafted them. That is no easy feat for the class of 2013. 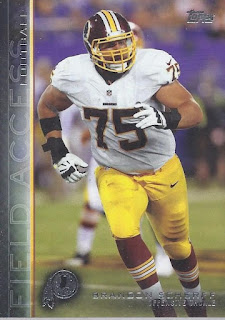 If an offensive lineman gets a card, it is always worth highlighting. 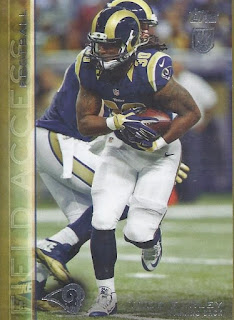 Not a bad player to get a rookie card parallel of. Golds are /99. 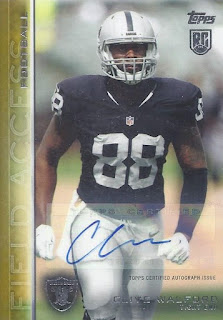 And your auto.  At least he's still on the team. The second gold parallel in this pack.

Halfway there!
Posted by buckstorecards at 08:43