Time to slip back into the case of Field Access for a box or two. 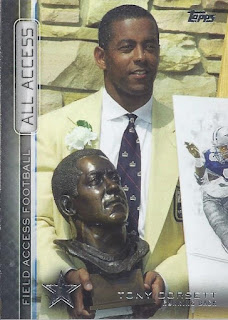 Starting off with an All Access insert. Hall of Fame induction photos, complete with the bust, really can't make enough appearances on cards. 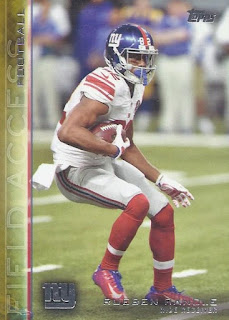 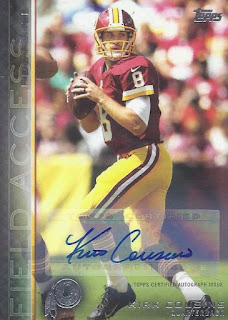 And the auto! Not a bad one either. At the very least, Kirk Cousins is a candidate for the penmanship binder with this entry. 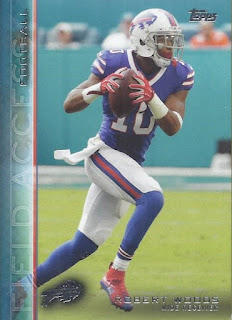 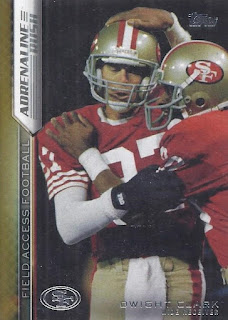 The insert is pretty nice here, being a Dwight Clark that doesn't feature 'The Catch' but does feature a Jerry Rice cameo. 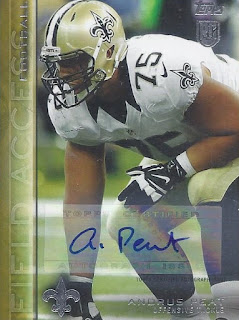 And a nice rarity up next in the second pack with an offensive lineman auto. And pretty good penmanship as well. 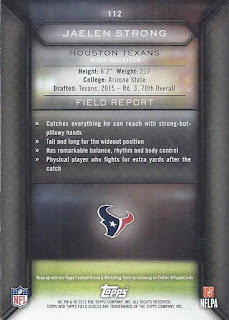 I haven't highlighted the backs of these too much, but really should when one includes "strong-but-pillowy". 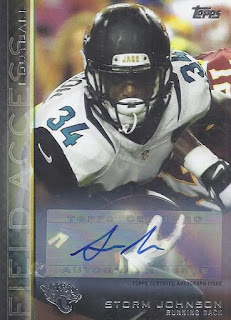 The auto? A guy named Storm. 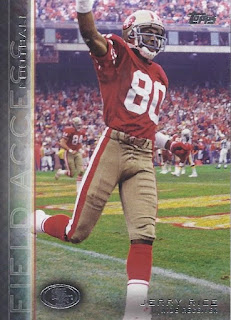 I'll start this one with Jerry Rice on a card where he doesn't have to share the cardboard glory with anybody else. 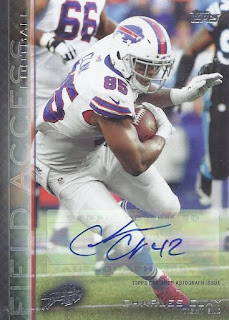 The autograph is a Bills one! I think this is the only one where Clay is both pictured/listed with the Bills, so I didn't have too many options when adding one to the collection.