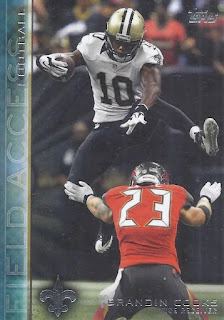 I'll start this pack with another photo I've highlighted before here in a previous break. Much like the Silas Redd from earlier, it also deserves a solo appearance. 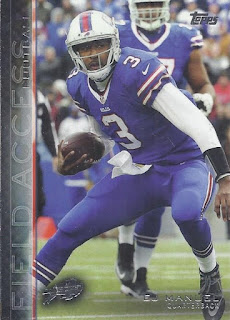 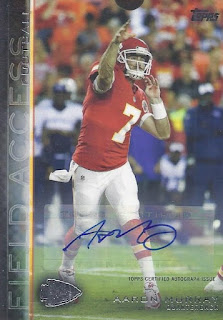 And the autograph. He's already out of the league, and is now a college football commentator. He's also someone with wildly different autographs. He has a nice full-name auto on some cards, and initials-only on others, including within this very subset. 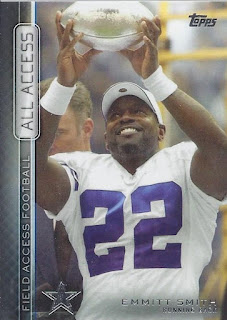 I'll start this one with a unique trophy photo. He's holding what he received for becoming the all-time rushing leader. 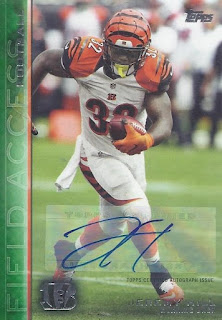 The auto here was much better, although this flashes back to two boxes ago as he's also out for the season. At least Hill made it to mid-season before that. This green parallel is /50. 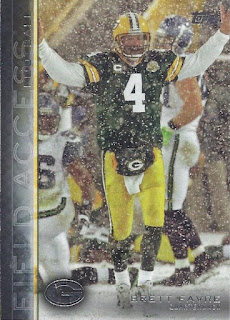 Starting off with a really great photo for the weather types. 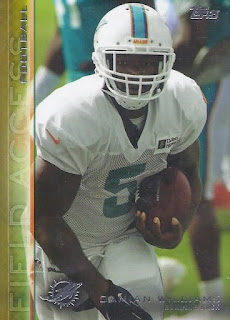 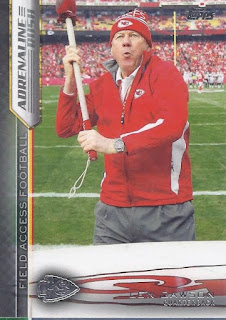 Another appearance, this time on the base version, of that Len Dawson photo. 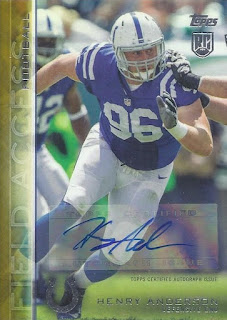 And the auto. Much like with the Cassius Marsh auto from Turkey Red earlier this week, Field Access is the only option available for someone who wants a certified NFL auto of Anderson. Much like Hill, he's out for the season after a mid-season injury. 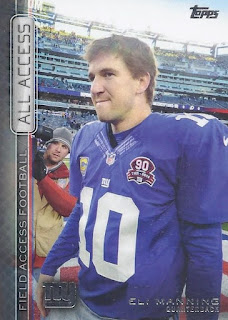 The stadium might be the real star of this Eli Manning card. 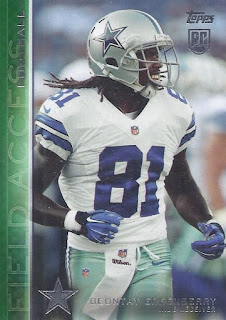 A green parallel /50, but it is a green parallel of a guy named Greenberry! Perfection! Mind you, he was undrafted, and never played a game in the NFL. 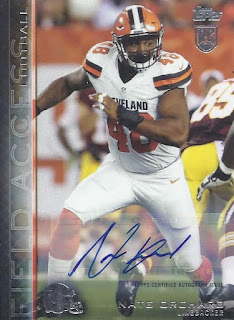 And the final autograph. The only player of the 4 in this who played last week.

And there's another box recapped. Next up, I'll probably do the repack thing to take a short break from the Black Friday breaking.

Posted by buckstorecards at 09:15