Time to recap one of the two envelopes that showed up last week. I'll start with the easier of the two with a quintet of Mets. 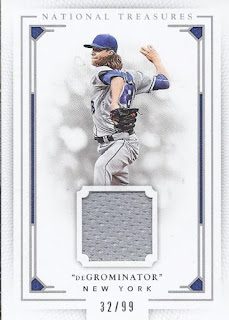 A simple relic starts this off. But you get a little more as this includes a nickname to go along with a plain gray swatch. 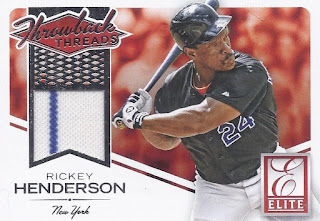 With all the teams Rickey played for, at least this includes a nice pinstripe to make it more likely than not that this is a Mets swatch. 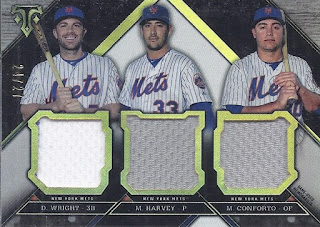 And three more Mets swatches to end the relic portion of the envelope. 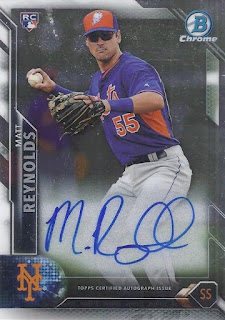 Only one autograph among the 5 cards, but it is of someone still on the team. That's no mean effort this season with all the injuries. If you throw out the first pitch and you get it to home plate with two or fewer bounces, you might find yourself on the depth chart this year. 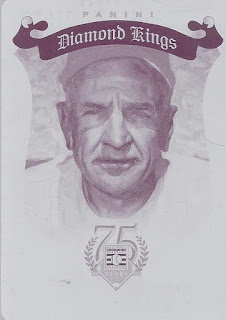 And a great way to end a post is a 1/1 plate. And it is of the ol' perfessor! Now, since this is unlicensed, it doesn't specify which New York he is with at the time, but the photo looks like it might have been recycled from his 1962 Mets card. That's close enough for me!

Thanks for all these goodies, Matt. I've been reloading, and should have something on its way by month's end.
Posted by buckstorecards at 14:42