Another trip to the Dollarama, with the $1 hanger and $2 Surprise Bag. Starting with the hanger pack. 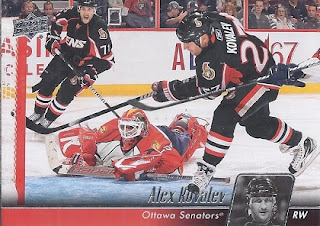 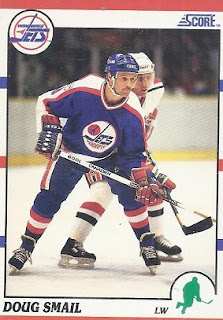 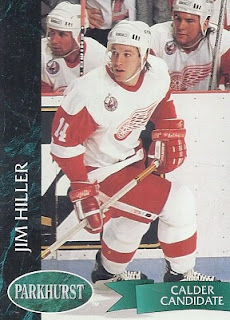 1992 Parkhurst - Jim Hiller - I did not think of him as a Calder Candidate. 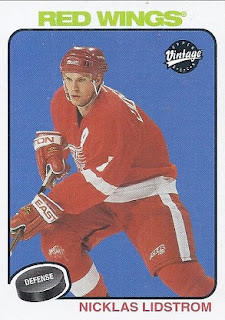 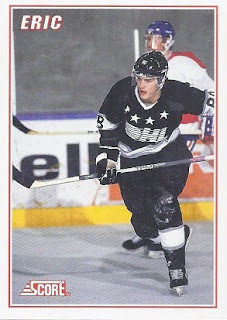 1990 Score Bonus - Eric Lindros - I think these were exclusive to factory sets. Not expected repack fodder, even for junk wax era stuff. 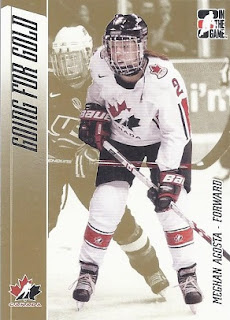 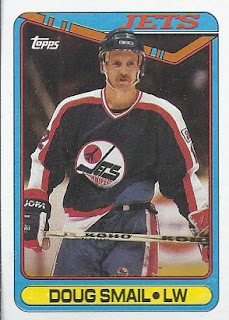 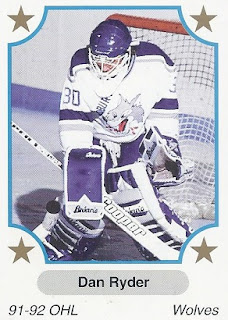 1991 7IS - Dan Ryder - The blue/grey uniforms might be favourite OHL ones. 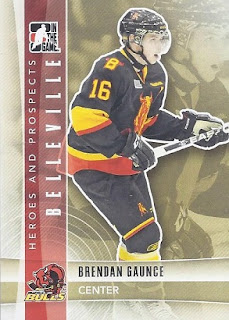 2011 Heroes & Prospects - Brendan Gaunce - And it ends on another OHL card. 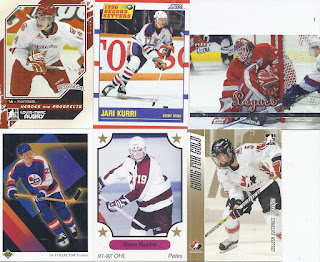 Here's the misc. pack with the second appearance of the Canadian Women's team in this pair of repacks. A nice mix of NHL and non-NHL cards, highlighted my an appearance of the short-lived Montreal Juniors QMJHL franchise. They're now the Blainville-Broisbriand Armada.

Memorial cards are always interesting additions, but still depressing ones. Still, that's my favourite card of the day. 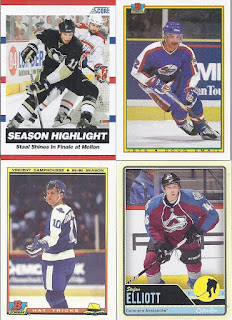 Damphousse is the 1000-pt guy in this pack, and the Smail packages reference completes with the third appearance of his, all from 1990 sets. 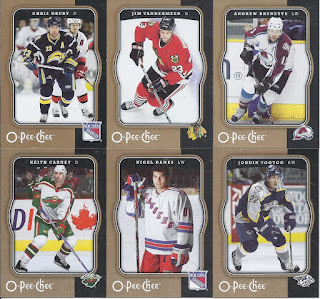 And nothing too memorable in the OPC pack, with just regular base cards. Just a little too much border with this design, but the 2011 release would make this look restrained.

And there you go.
Posted by buckstorecards at 11:39