As always, my latest COMC shipment included additions to my 2/14 binder. Some faces were familiar, but I did add a pair of newcomers to the collection, both of whom are destined for the miscellaneous portion of the binder. 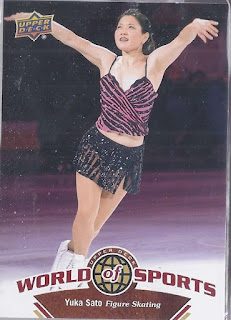 I'll start with the (likely) one who is still alive, figure skater Yuka Sato. She is a former world champion, and comes to the binder through her 2010 World of Sports card. She also appears in the 2009-10 Upper Deck Champions insert series, which makes it two people from that subset that would qualify for the 2/14 binder. The other was also a figure skater, Jojo Starbuck. 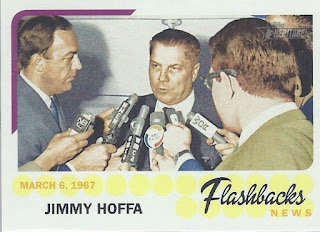 And proving I will try to raid any subset for additions to my collection, here's one from last year's Heritage News Flashbacks. Plus, that's the reason I called Sato as just likely the only one who is still alive. He could still be around at 104, just in hiding the past 42 years. It is feasible.

But I'd still be suspicious if this had an on-card autograph to go with it.
Posted by buckstorecards at 04:33