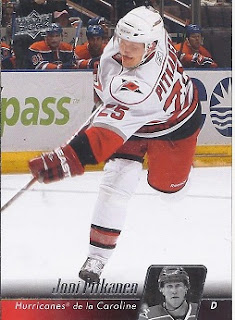 2010 UD French - Joni Pitkanen - I grabbed this hoping that this French card would be one of my needs for the French YG-free set. It wasn't. 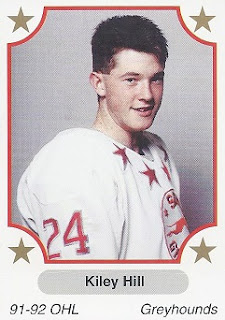 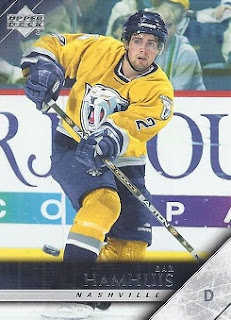 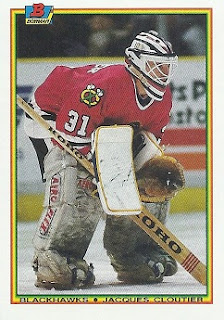 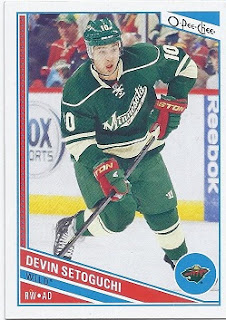 While nothing overly amazing in this, there was that run of 3 odd-for-repacks cards, and the mustard jersey appearance to at least make this interesting enough for the $1.

Time to dig into the Surprise Bag. 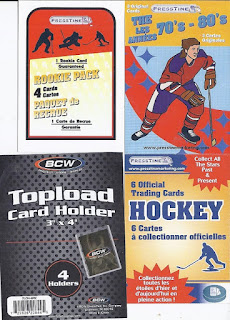 Those holders got some usage in a zistle-set builder trade that went out this past week, so this is automatically a good one. 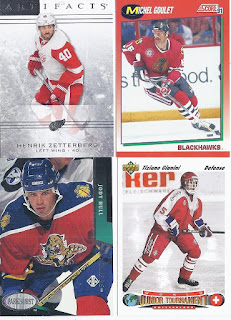 And the promised rookie in the pack never played a game in the NHL. Not the best start.

But the other packs were better, with the 70s/80s one highlighted by an appearance of classic Nordiques blue. 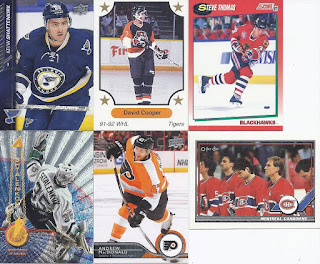 I can't complain when the misc. card pack includes an appearance of the Medicine Hat Tigers jersey, the Canadiens standing on guard for the anthem (at least it appears so) and a Rink Collection parallel. The latter is definitely not something you see much of in repacks.

A rough start, but a strong finish. Several keepers is all I ask for from these, and I got those.
Posted by buckstorecards at 11:47