The OHL playoffs start tonight for the locals, and their seemingly annual one-and-done playoff run will be underway. But, this does give me the chance to show off my new Kitchener Rangers alum cards, with plenty of new names. 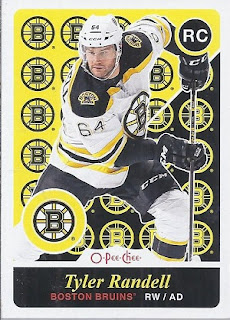 After almost 4 years in Kitchener, followed up with a similar stint in the AHL, Tyler Randell got to spend part of the 15-16 season in the NHL. He's been with Providence again this year, but did get a number of cards in mid-season releases last year. His wonderfully gaudy OPC Update retro parallel is his debut card. 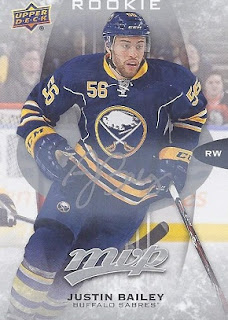 Justin Bailey debuted late last season, and thus showed up with rookies in the early releases this year. As with Randell, this card was also available in e-pack form, thus absurdly inexpensive at COMC. 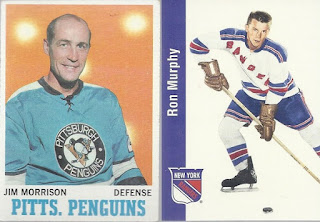 I've recently starting adding NHL cards of members of the Rangers coaching staff to the collection. In contrast to the Jay McKee and Mike Van Ryn stuff that covers recent coaches, here's a pair of coaches from the 70s. Murphy is shown in a mid 90's Parkhurst release, but the Morrison is pure vintage from 1970. 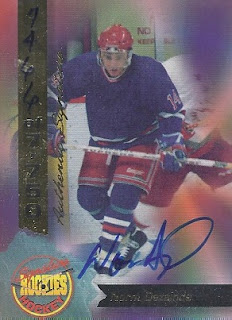 When an autograph is less expensive than a base card, you tend to overlook airbrushing. I love that they fixed Norm's jersey, but not the Sault Ste. Marie Greyhounds one behind him. 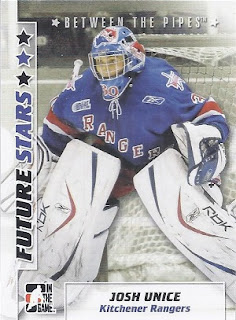 Josh was a 3rd round pick of the Blackhawks, but never played a game for them. He went on to play University hockey in Canada, with a brief stop overseas. 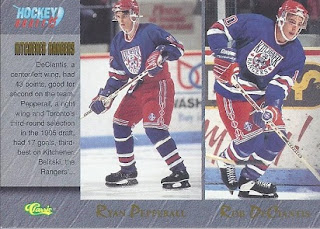 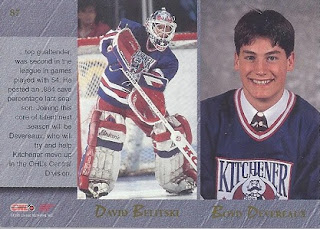 When you used the classic Rangers script, why would you even consider changing the jersey logo to that? Mercifully, it didn't last long. 3 of the 4 guys here are also making their binder debut, and the only one in this entire post that isn't a newcomer is on the final image - Boyd Devereaux.

And with that, I leave hoping they'll not get swept against the Attack.
Posted by buckstorecards at 09:26