Time to bring this home. 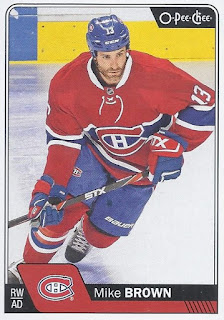 Let's open with a photo that really stood out, even more so since it wasn't a superstar. OPC photos definitely have a theme. The usual look is for the top of the boards to be at chest or shoulder level in the photo. This is so much so that on the handful of base cards that deviate from that look, it stands out as something different. Such as this card. 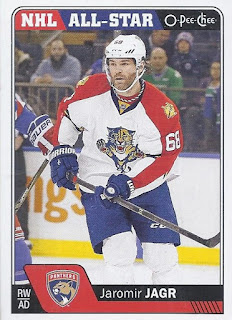 If you were wondering if all of Jaromir Jagr's stats would be able to fit on the back of the card... 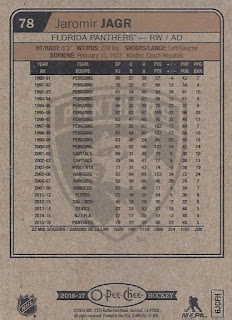 The answer is a definite yes. 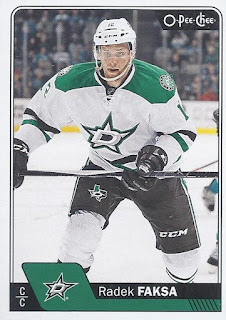 The last Rangers alum of the box. 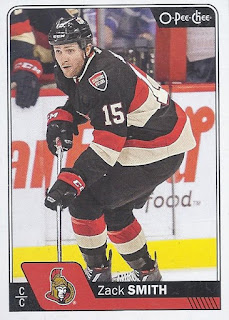 And the final Sens card in the box. 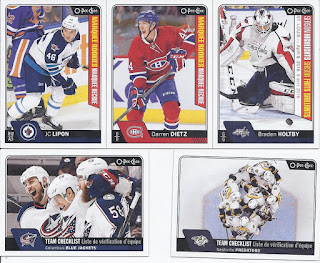 Here are the SPs. A nice mix of the various types of cards available in the group. I miss the marquee legends now that they're replaced with leaders/checklists, but the uniqueness of photos like on the Predators card take the edge off. 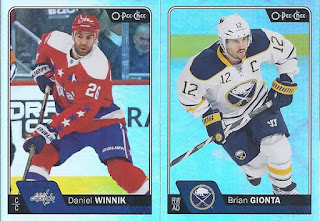 The rainbows make their return in the final packs, after not being seen since the first ones. 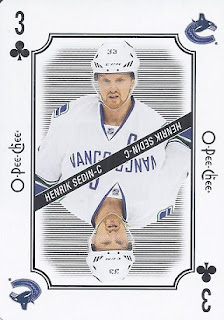 And my final playing card of the box. 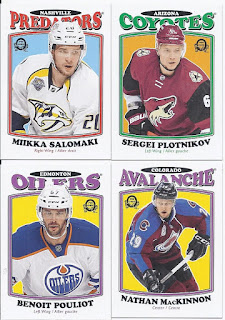 And some retros end this. Nathan MacKinnon and Artemi Panarnin probably made the most appearances in this box, showing up on inserts, parallels and SPs.

And there you have it. Just a blaster left to go to close out this retail week, and hopefully my wantlist should get posted sometime next week.
Posted by buckstorecards at 08:19