With a new package from COMC on the way, I should probably get to the ones that have been sitting in the COMC "to-be-posted" box for months. Time to finish off the basketball portion of that box. 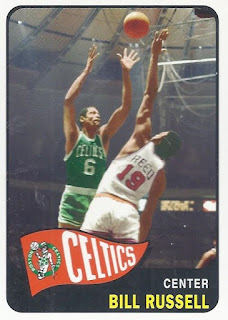 Take the 1965 baseball design, apply it to one of the greatest of all time, throw in a the MSG roof and him playing against another great player, and you've got a beautiful card. 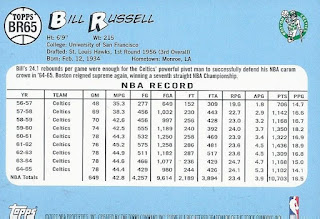 I guess you could have added a cartoon on the back to make it even better, but beggars...choosers and all that. 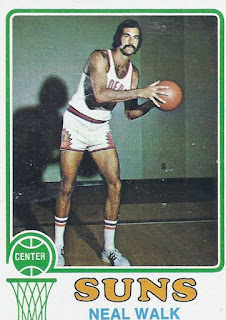 If Ron Jeremy and George 'the Animal' Steele had a baby. 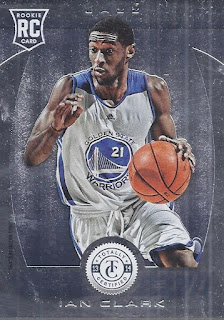 I love when summer league uniforms make their way onto base cards. The best thing is that despite sporting a Warriors jersey here, he was on the Jazz be the time this card went to press. After a stop in Denver, he's now wearing Golden State colours again. 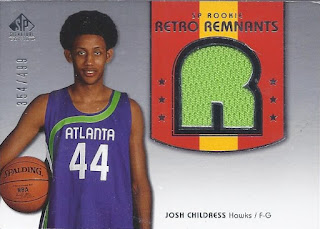 Sure, this is just a player-worn relic, but that's the first time that particular colour has made is way to my relic collection. 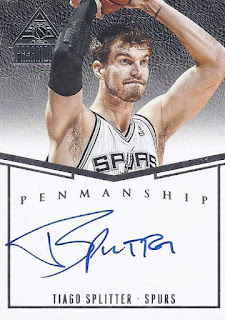 I'm not sure this is a penmanship card, despite the card's subset trying to put it in that direction. Still, this is an interesting signature. I like how the first T continues on to create the S in last name, and that continues with the second T is his last name into the E. Creativity in an auto can be important, as long as it remains legible. 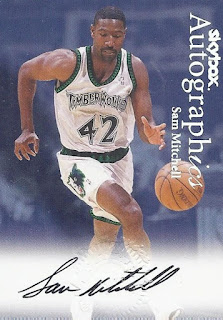 To end it, here's a future Raptors coach from his playing days. Since I already have a card of his as Raptors coach from Topps Total, this can into the misc. basketball collection along with Tiago, even though both have respectable autos.

And there you have it.
Posted by buckstorecards at 10:16