The Gypsy Wind blows in some Mets

Namely, a pile of Mets that I grabbed in a GQ case break through mojobreak. 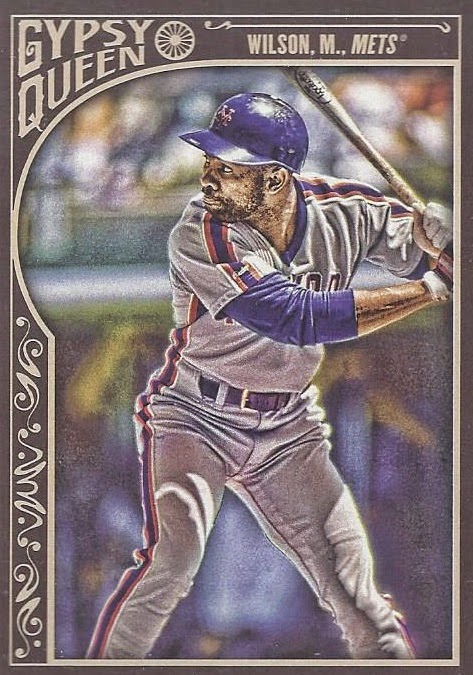 Starting off with someone I'm really happy to see in the base set this year - Mookie! He isn't even in there as a dreaded short-print. He's in the low-numbered base cards. Awesome! And since all base was sent, I got 6 more where this one came from. Can't get enough Mookie! 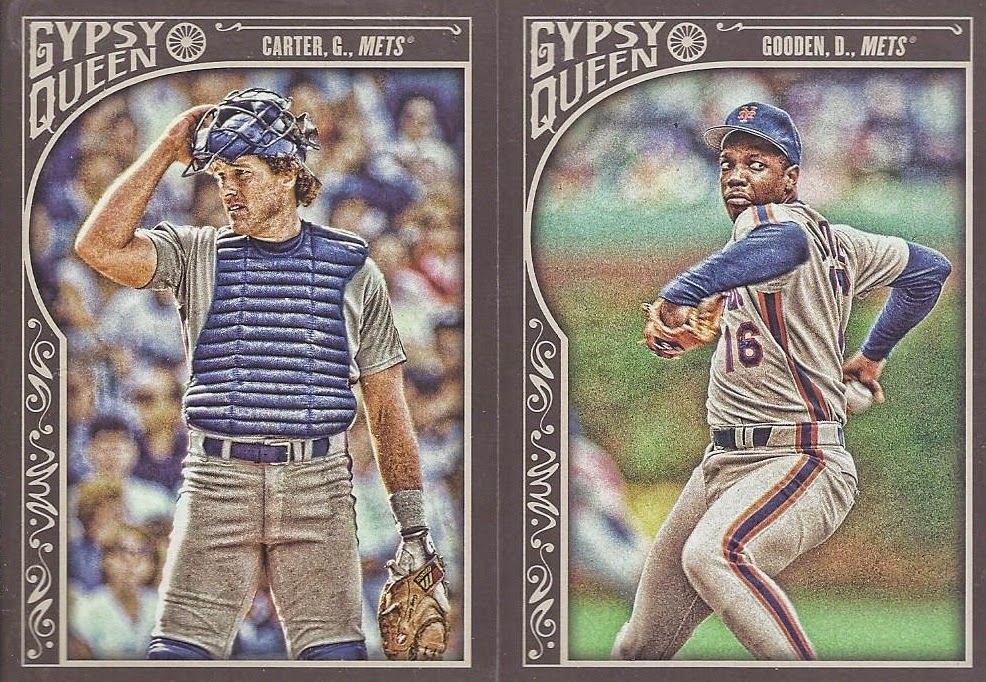 The only bad thing was that I went 2 for 3 in terms of base Mets. It's never a good thing to not be able to put together a base set from an entire case. On the plus side, at least that Gary Carter isn't the typical re-used photo of his. Perhaps a new photo for Topps? Although the Gooden was a repeat from last year's Archives. 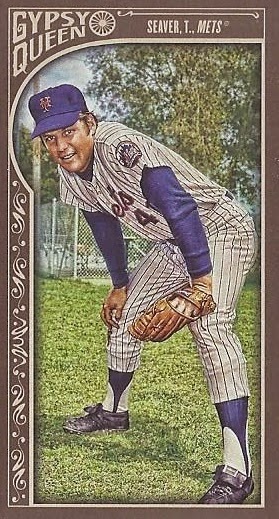 While I struck out in terms of the base Seaver, his card was the only SP mini I pulled for the Mets. So at least I got one of every Met that got one. This photo also seems unfamiliar to me. Could Topps have found a new photo of Tom? 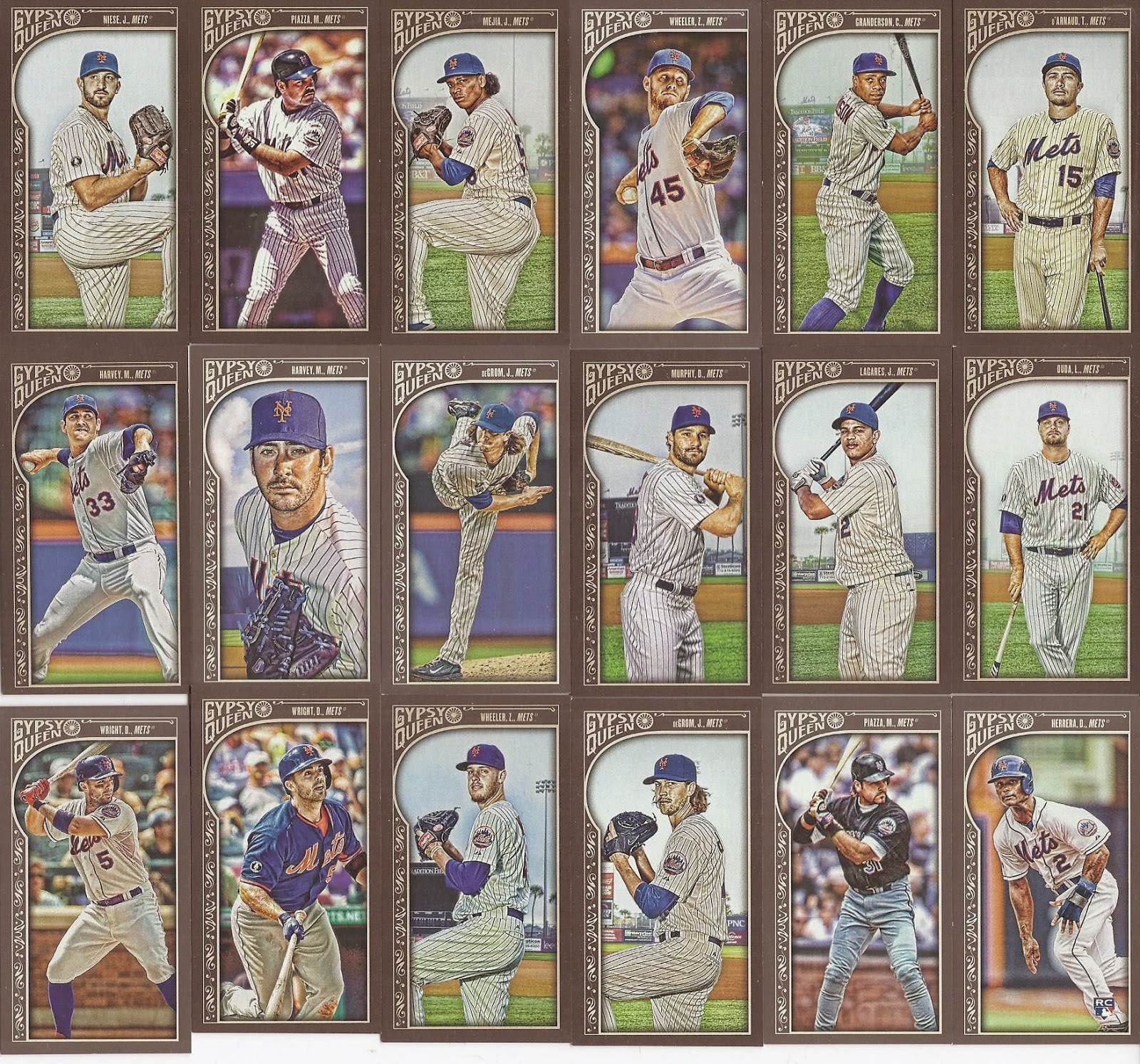 Here's lots of them! Including a bunch of photo variations. Looking at these, the only non SP minis I missed out on were the Mookie Wilson and the base version of Dilson Herrera. 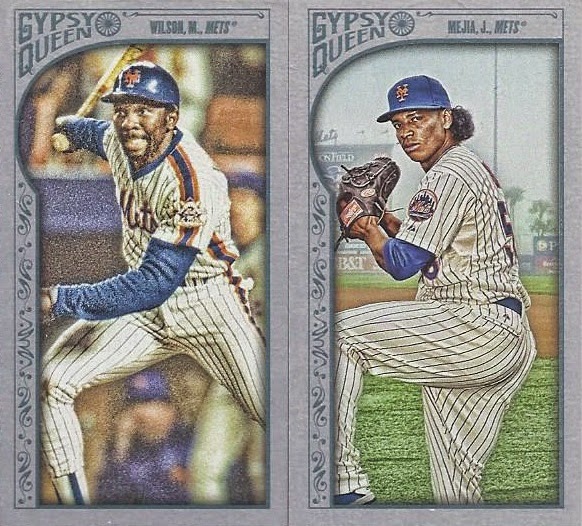 But that doesn't mean I still didn't get a Mookie mini. These are both /199 silvers. 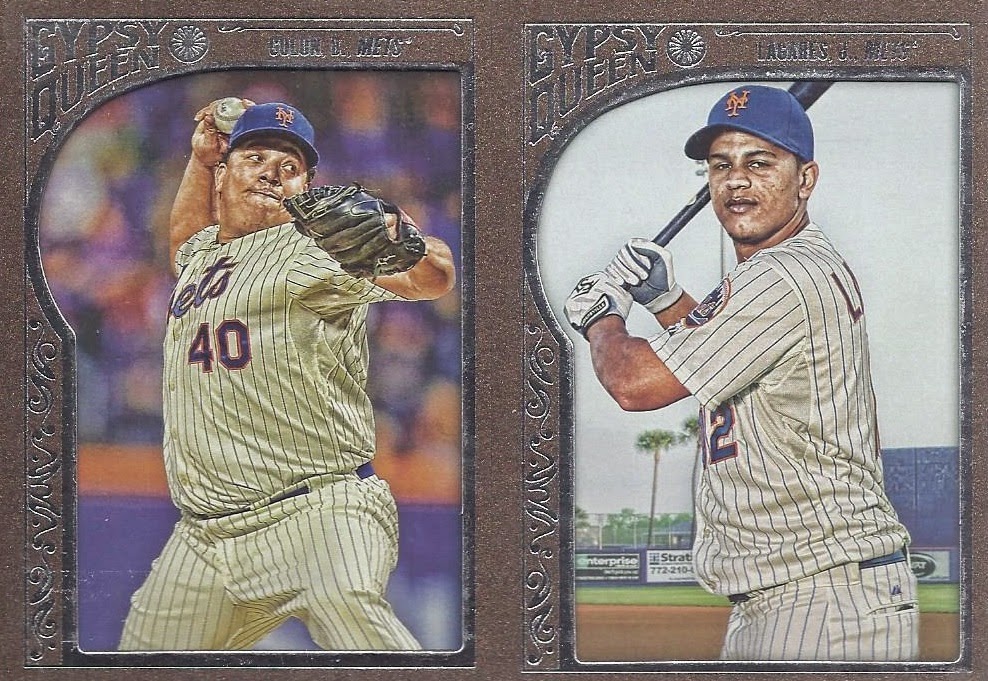 While these two are full-sized /499 bronze framed parallels. Not bad in terms of getting numbered cards. 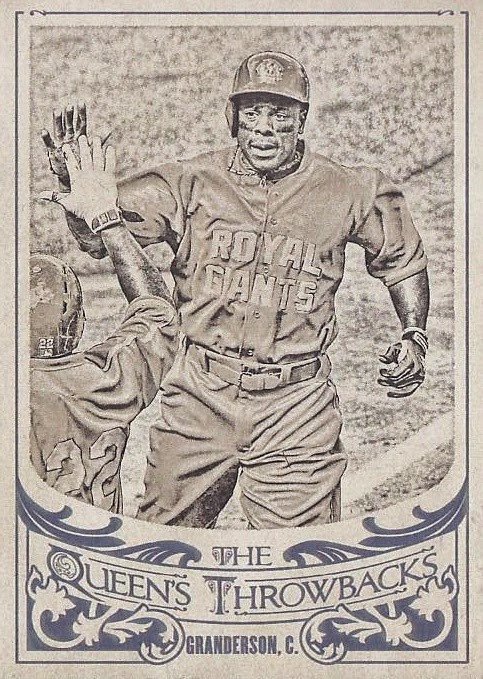 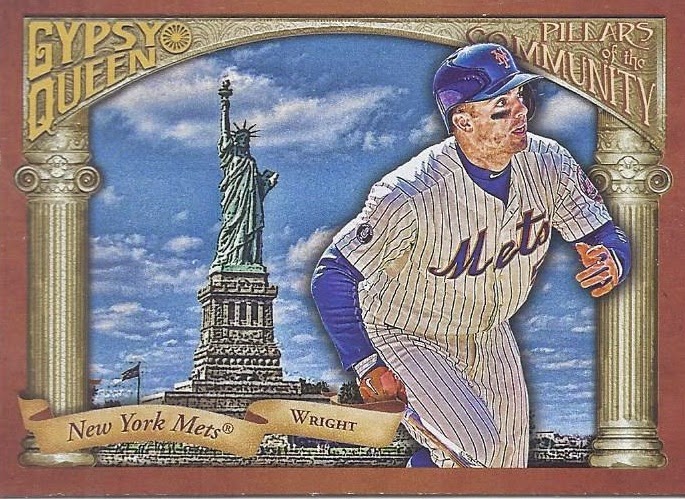 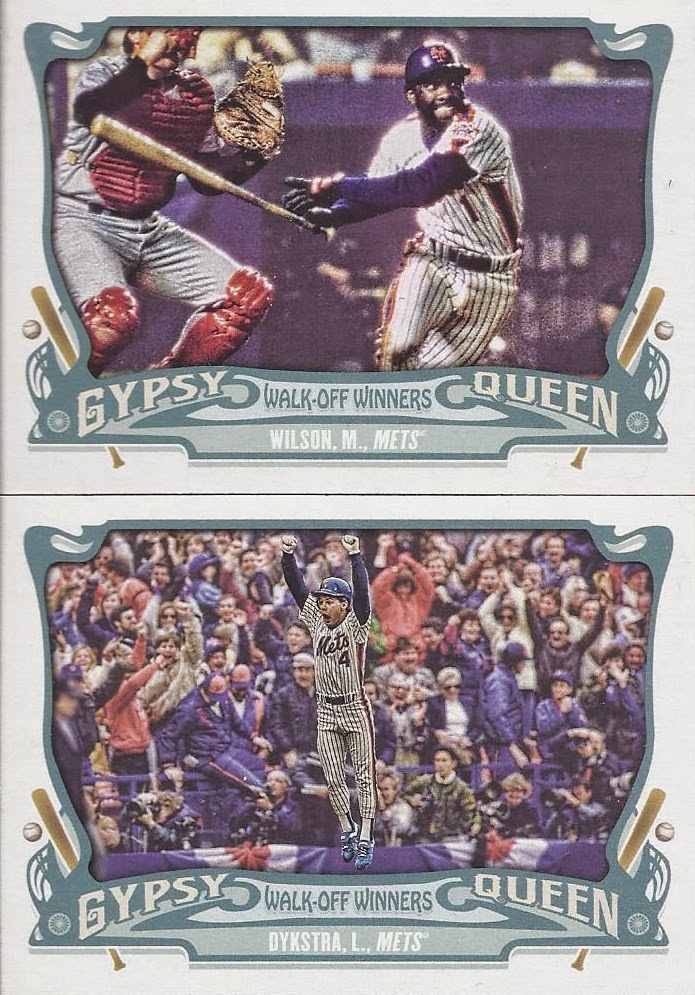 And here we have more inserts. So much greatness here. The Queen's Throwbacks card easily picks up the best among them, but it is closer than you think. Especially when one card salutes the famous 86 Mookie grounder. And you salute another Mets walk-off from the same post season. 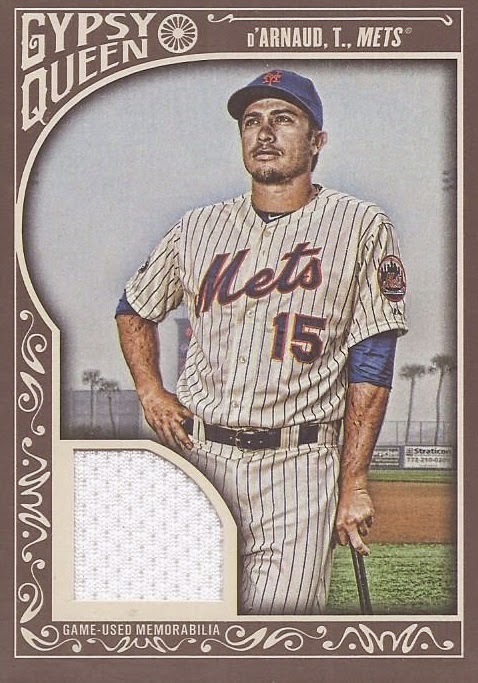 And the only Mets hit of the break! A plain white swatch is better than no hit at all. The symmetrical field design for the window is actually kinda neat.

And there you go.
Posted by buckstorecards at 17:40