And continuing in a short series covering things I purchased at Target during liquidation that I probably wouldn't have purchased at a regular price. While the repack pile is still large and awaiting posting, this is a little more compact. In fact, after I get through this, all that's left is a blaster of 14-15 Artifacts.

But that's for later - now is a hanger of 2014 Strata Retail. 3 packs with 6 cards each, and 1 pack of purple parallels. Surprisingly even collation in this. It is a 200 card set, and they all had 3 veterans, and 3 rookies. This is also a Crimson Tide alum hot pack, with Trent Richardson, Kevin Norwood (A last name that still makes me cringe) and A.J. McCarron. That's even more important, as I received a very large box courtesy of Jay Barker Fan yesterday. And anything can be a bonus to send along when you get a box which might have contained every hockey card that was in the state of Alabama at one point. 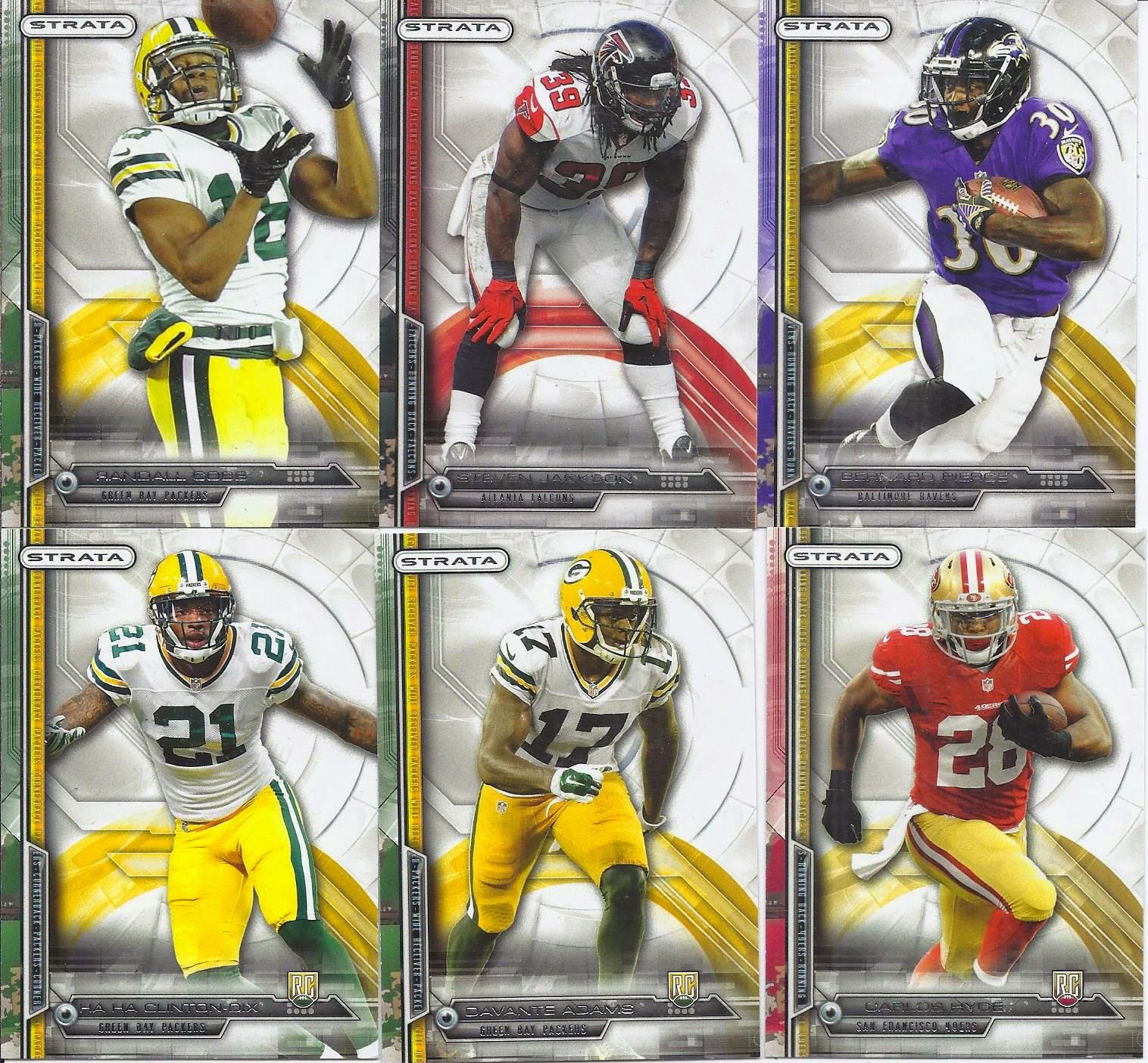 Packers! WOO! Packers!
A nice way to celebrate a hot pack of Packers. If I don't pull anything from my favourite team, I might as well get something from my backup favourite team if when the Bills don't make the playoffs. And this pack made me realize that this set looks so much better when the darker jerseys are used. 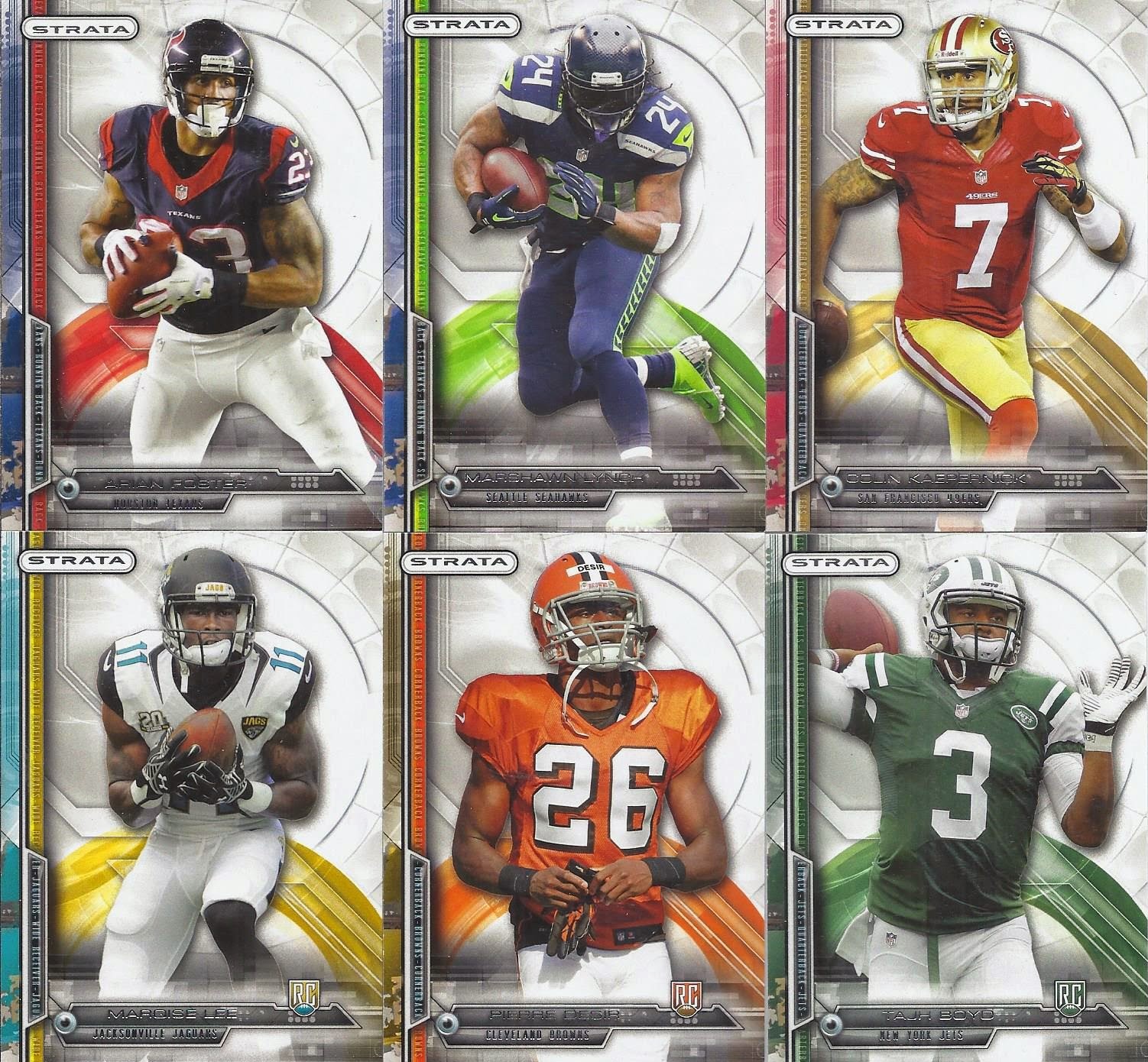 Probably the best of the three packs in terms of the talent, pulling the Marshawn "Are you sure passing so close to the end zone is a good idea?" Lynch. I love the label on Desir's helmet. He might as well be holding a sign that reads "This photo was taken during training camp."

And the bonus pack:

I really am a magnet for Andre Williams cards from this year's sets. Poor Trey Millard. While it is cool that the late round pick got a card at the NFL level, all the cards that picture him as a 49er use the exact same photo. Despite the fact he didn't play (but remained on the roster), you'd think they could have found at least one other photo of him for use on cards.

Posted by buckstorecards at 07:15