Time to show off the Bills left in my COMC box. All 4 of them. 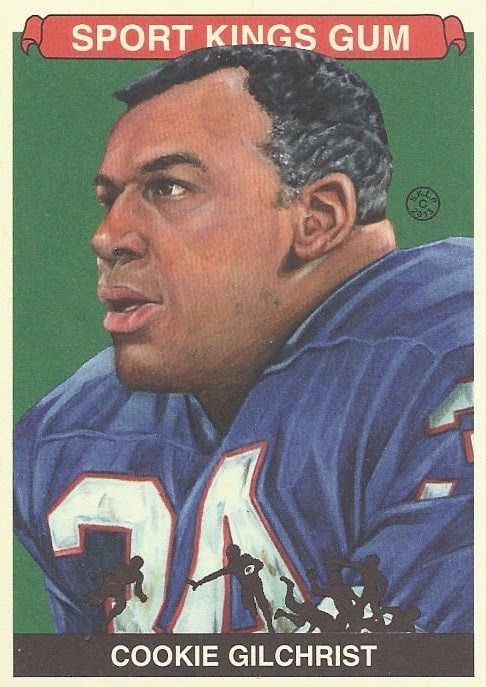 Starting off, my first Sport Kings card. And although this doesn't specify it as a Bills card, that is the most likely uniform based on the description on the back. 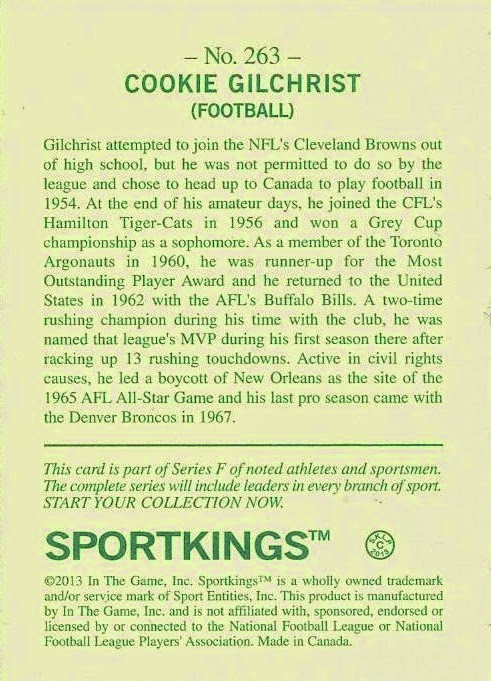 Definitely not Cleveland. Not Hamilton.  Toronto is close, but red isn't one of their colours. Denver is a maybe, but I don't think they went with mainly blue uniforms at that point. So that's a Bills card. And I guess I can kinda call this my first AFL Bills card. although I still want one from the 60s. 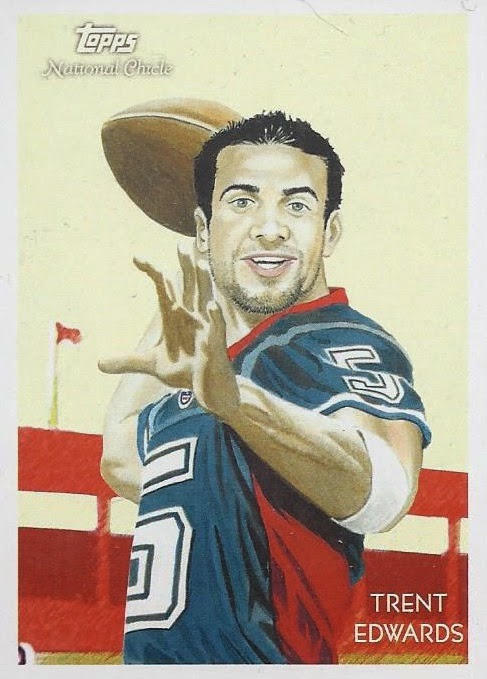 Ah, the optimism of the Trent Edwards era. This card was cheap, I'll say that. 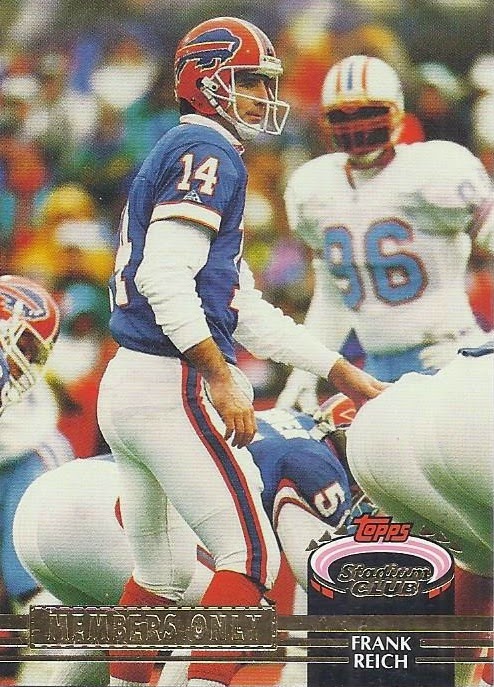 This card was all about the back. 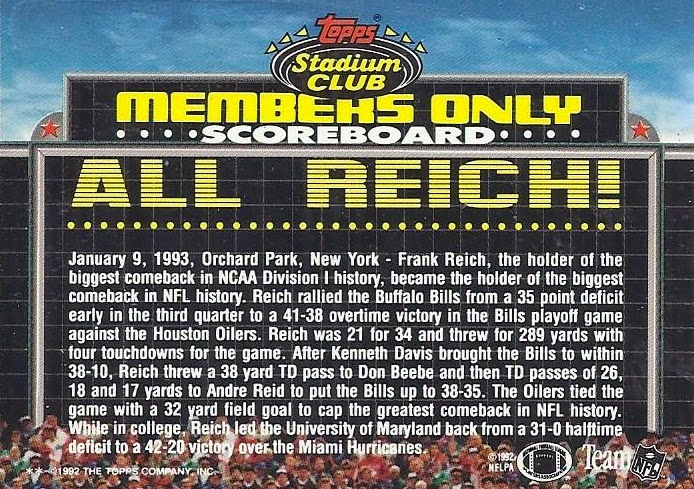 Since it commemorates that game. Still probably the last truly memorable moment for Bills fans. And that's really depressing. Still, hope for the Matt Cassel era is there. 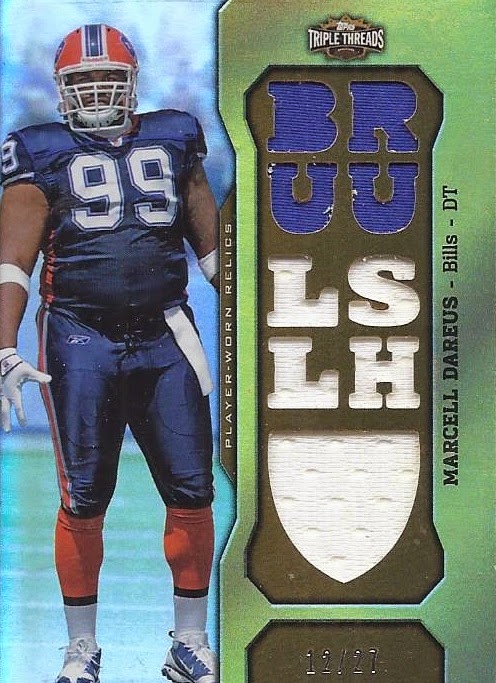 And wrap things up with a hit. Although I'm not anxiously awaiting his contract ending and either his departure, or a salary cap assault.

And there you have it.
Posted by buckstorecards at 14:40