Time to break it: 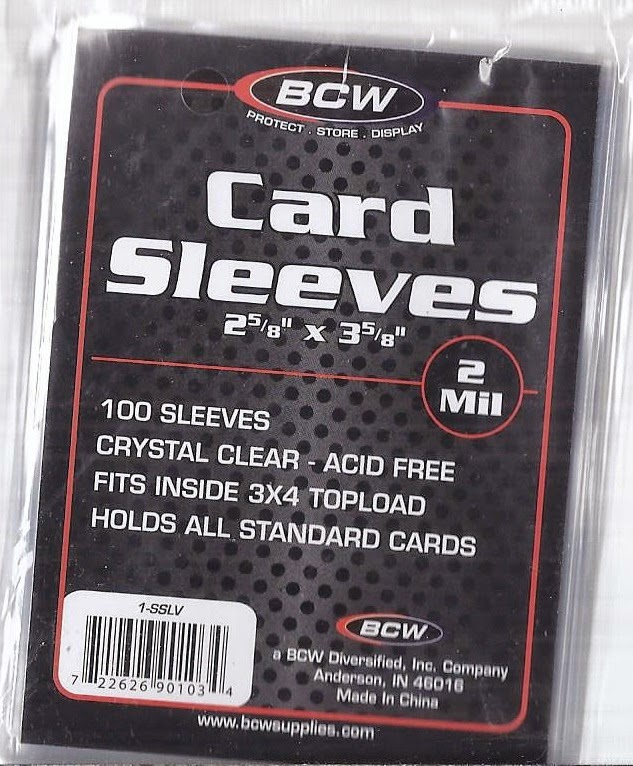 Leading off with some supplies. This is actually pretty good for me, since I plan to drop off some cards for my COMC account at the Expo next weekend. So, these couldn't have been part of this break at a better time.

Speaking of that, this seems like a good enough time to point out my COMC cards posted over to the right. Or click here and check out some of my cards. 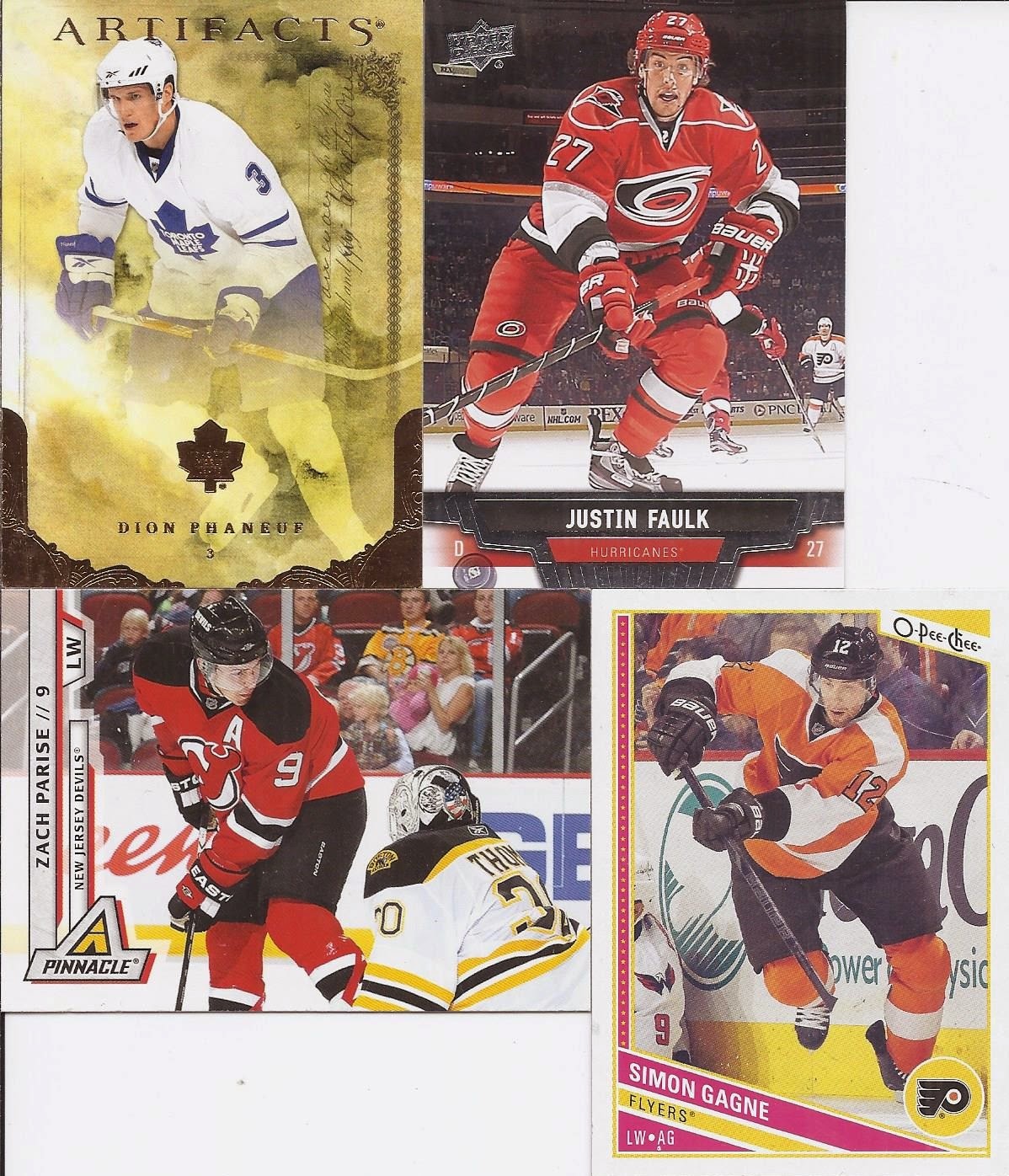 The other three repacked packs were an 8-card "anything" pack, a Superstar pack, and a 2010s pack. Technically, the only themed  pack was the 2010s one, so I'll start with that. A couple nice photos there with the Elias and the Faulk, and that really works to make this a pretty good pack. Despite the presence of Elisha Cuthbert's lesser half. 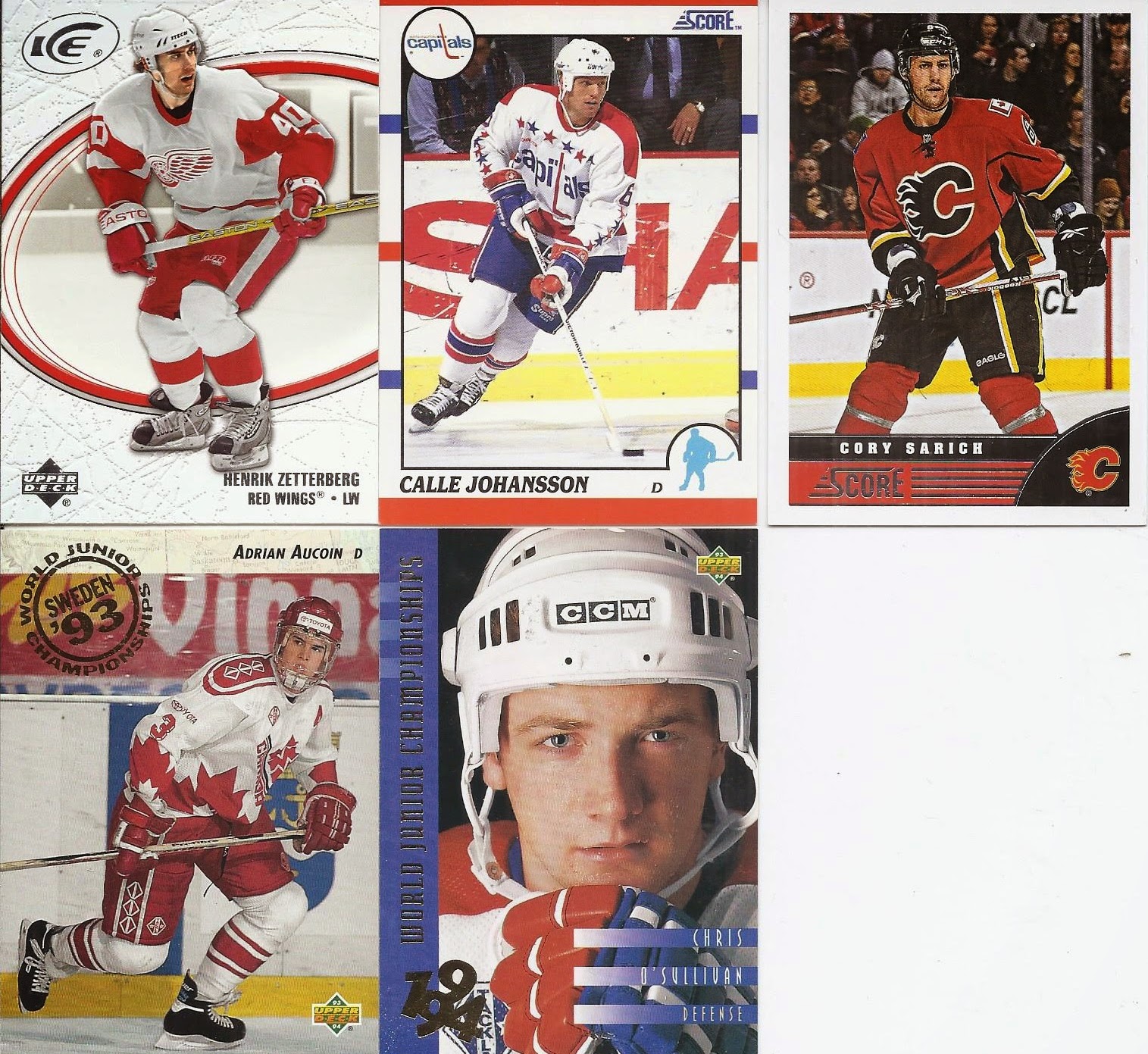 The Superstar is said pack does seem to be that Henrik Zetterberg at the top. Only the basis of it being a dupe kept 2/14 baby Calle out of the top spot in this repack. Two cards saluting the World Juniors from back-to-back years are the most interesting, if for nothing but collation reasons. 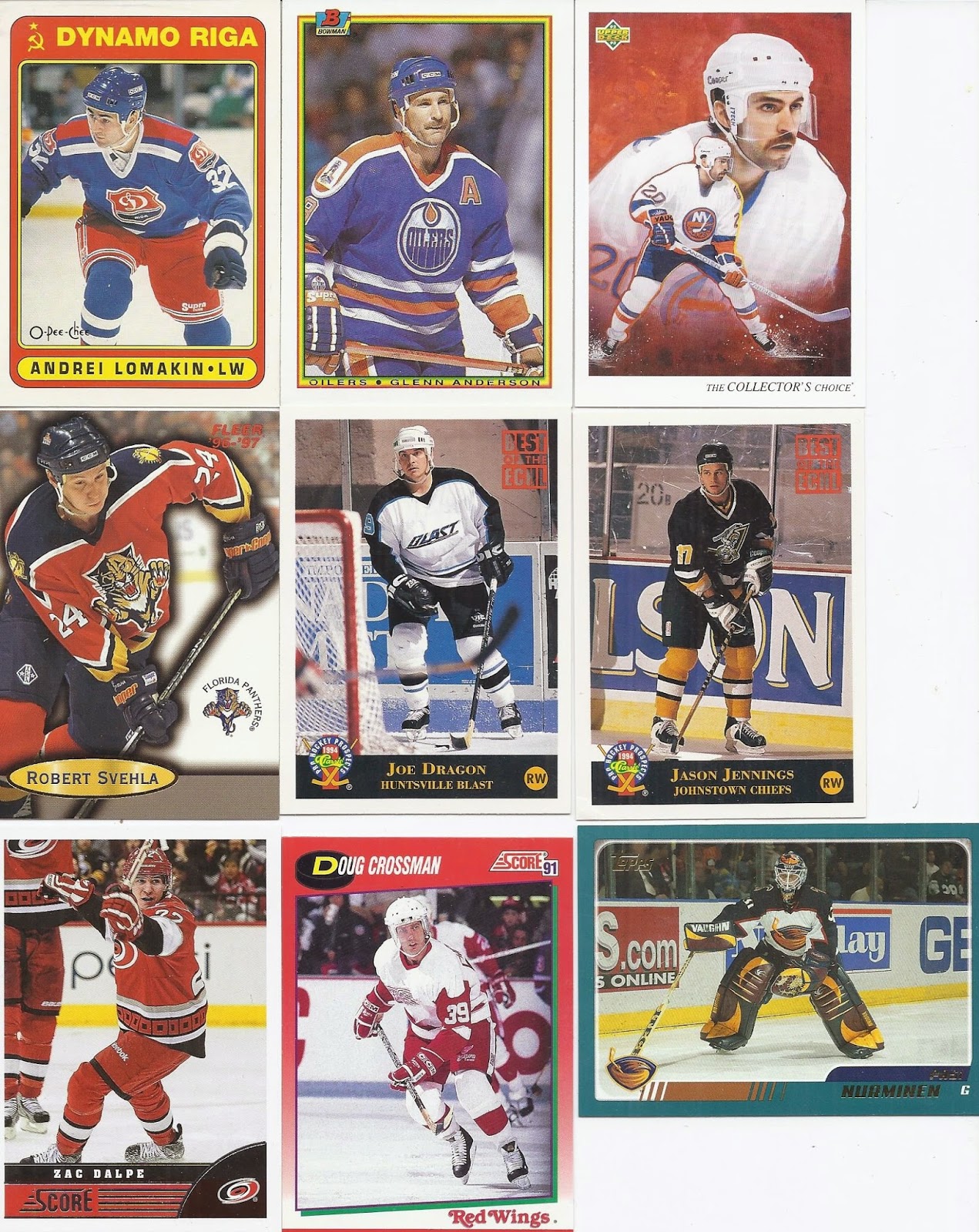 And the 8 card pack was actually a 9 card pack, since the two ECHL cards were slightly stuck together. Which was cool, because it meant not only did I get my first Huntsville Blast card but also my first Johnstown Chiefs card. I admit that I had no idea at all what set that Svehla was from, but my COMC search informed me had a 1996-97 Fleer card in my hands. I'm guessing that's the first card I have from that set. As for the rest, we have a drawn card of Ray Ferraro and a mask card to wrap up a pretty decent repack.

And there you have it!
Posted by buckstorecards at 13:44