Today, it is a PWE that arrived from Kerry @ Cards on Cards a few weeks back. 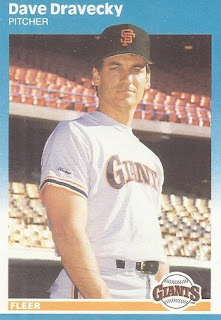 There was but a single baseball card in the envelope, but this does make its way to my 2/14 collection as the 28th Dave Dravecky card in it. This is the glossy parallel to the regular '87 Fleer Update which I already had. 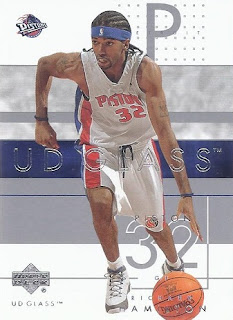 Rip Hamilton move to 73 cards with this new addition to the binders. He maintains a 30 card lead over the second place Gheorghe Muresan. 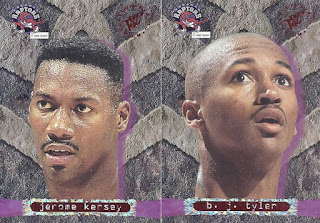 We are going right back to the expansion draft with these cards. They're both listed with the Raptors, but neither one played a game for the team. Kersey was merely waived. Tyler fell asleep with an ice pack on his ankle, suffered permanent nerve damage as a result and was forced to retire. 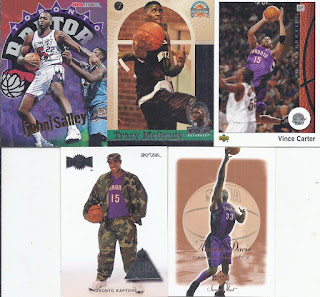 Here's the rest of the Raptors content to wrap the envelope up. As a bonus, you get a Vancouver Grizzlies cameo with the Salley card! WOO-HOO!