A 12 card pack from the ol' Dollarama! 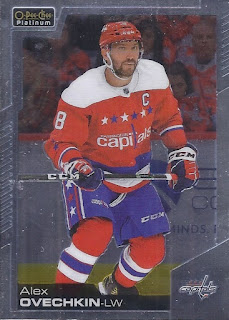 I generally just randomly grab whatever pack is the easiest to pull off the racks, but if one of them has an Ovechkin card visible, I'll make an exception and select that one. 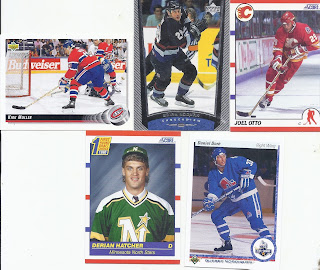 The first hidden cards. Instead of 1990 Bowman in this one, I got some 1990 Score. I really miss the great reduction in draft day photographs on cards. So much optimism. I didn't even know that Brian Noonan was still in the league in order to earn cards in 1998-99, but he was and finished his career with a handful of games with the Coyotes. 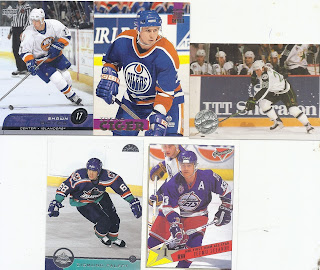 At least we get some sort of variety with the second batch. Zdeno Ciger's Stadium Club entry shows that even that set was not immune from the garishness that was everywhere in the mid 90s. Gorton's Fisherman! A Hall of Famer! 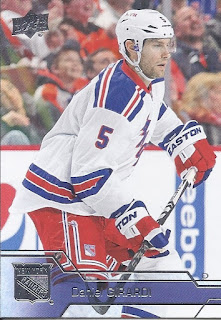 A rather meh ending, but there was still some solid enough stuff in it. Anything with an Ovechkin can't be a bad repack!