Hockey is undeniably the king at the Expo, but there are opportunities to get cards from other sports during the show. I did so with football, but my baseball and basketball additions were pretty sparse. They still need to be shown off though. 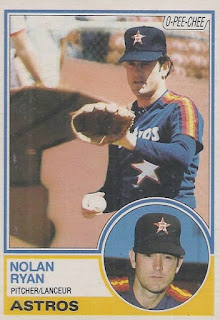 This was as close to a random acquisition for the baseball collection that I got at the show. But, you can't go wrong with an O-Pee-Chee card of the great lanceur Nolan Ryan. 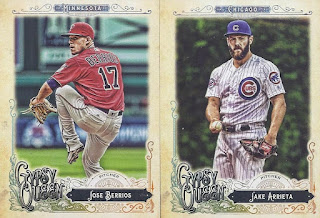 Assuming Canada Post hasn't lost a package heading my way, these will put the final touches on the non-SP portion of the base set. And I'm quite happy with that. 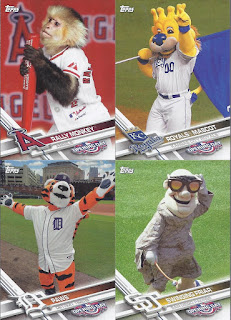 I haven't decided whether or not to also build the mascot portion of the Opening Day. I probably will, since this foursome has pushed me beyond the halfway portion of this subset. Of this group, only Paws has a twitter handle on the reverse of the card. 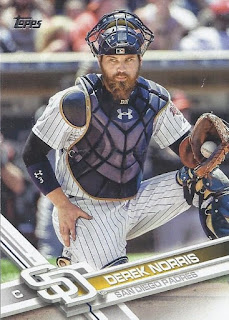 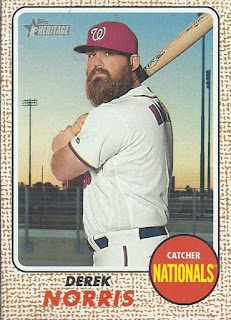 And another one! This Norris might be a zero year card (tm: Nick @ Dime Boxes) as he never played for the Nationals. He was released during spring training, and signed with Tampa Bay. He had Bowman cards from the start of his career, but was traded to Oakland before ever playing for them/. Maybe a third go around down the road will finally get him into a regular season game in Washington. 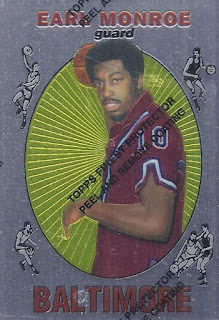 And my only basketball card from the show. A shiny Baltimore Bullets reprint? That's a fine choice for a one-and-only card.
Posted by buckstorecards at 09:50