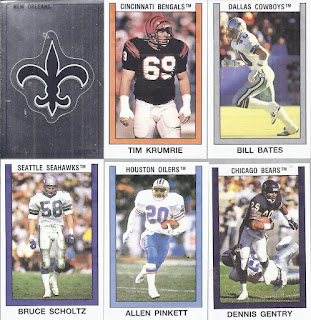 Since this is a milestone pack, I'll show off all the stickers here. Not too much of note, but if I had to pick a highlight, it would be the guy named Scholtz. The Gentry photo with the opponent's futile tackle attempt is pretty good too. 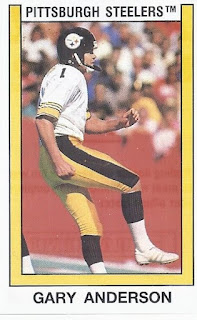 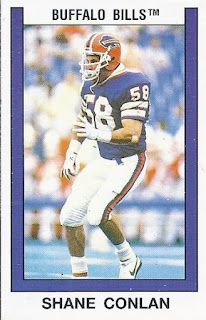 Not only did I land a Bills sticker, but this Shane Conlan makes the Bills the third completed team in the album. 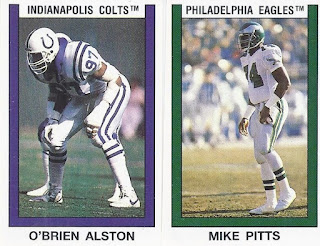 A great name in this pack with the two-last-named O'Brien Alston. I also kinda like the photo on Pitts, with the photo not cropped as closely as on most, allowing one to see some of the stadium/sideline behind him. 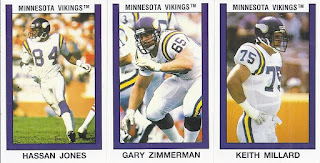 A trio of Vikings stickers definitely makes this one a hot pack for them. 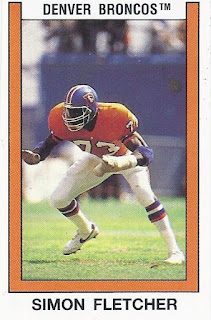 I love this compact photo. After the recent post of Karl Mecklenburg, the Broncos linebackers had themselves some really nice looking stuff in this set. 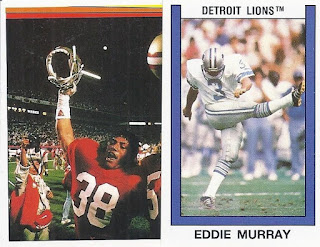 The second half of the puzzle sticker of which I pulled back in Pack #14. Kicker love as well for the pride of Halifax, Nova Scotia. 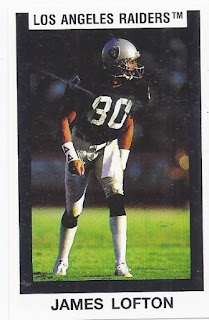 Even though he only spent a few seasons with the Bills compared to other teams, I still find it odd to see Lofton in any other uniform but Buffalo's. 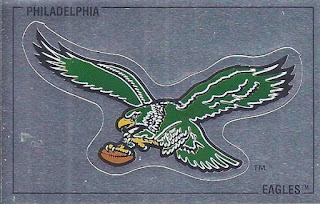 When in doubt, scan the foil sticker. Even with that provision, the Eagles logo sticker does look really nice. 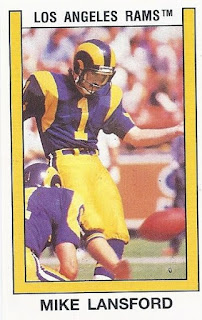 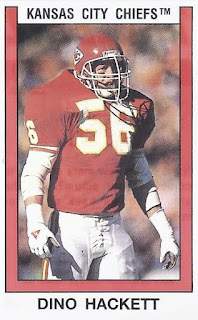 This man has no neck. 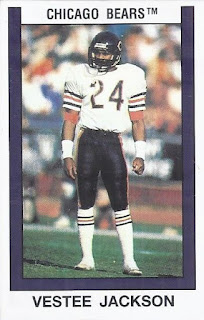 And there you have another dozen packs.
Posted by buckstorecards at 07:32