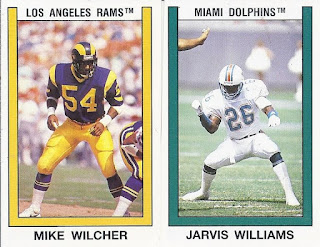 This grouping starts with a flashback to the shared stadiums of the 80s, with the an early season game and the dirt of the infield still visible. The Jarvis Williams celebration shot is pretty cool too. 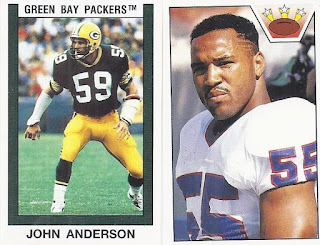 WOO-HOO! 2-14 baby! I already had this one in the album, so this is off to the 2-14 binder! I'll get a third for a Wolverines alum collector. Cornelius Bennett's all-pro card is along for the ride in this pack. 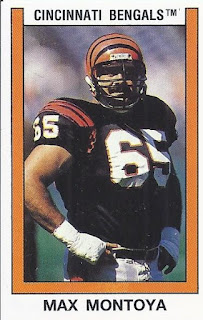 My name is Max Montoya. You killed my father. Prepare to die. 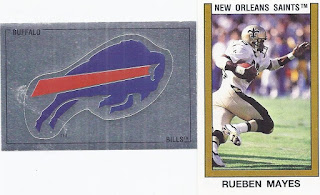 Bills foil! Along with the pride of North Battleford, Saskatchewan! 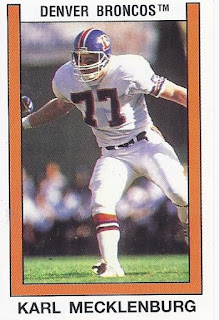 I love the photo on this Karl Mecklenburg. It is as if he's just daring someone to try and get past. 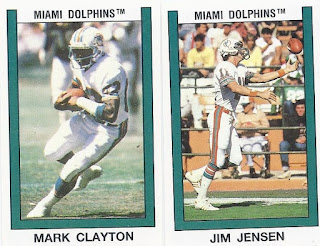 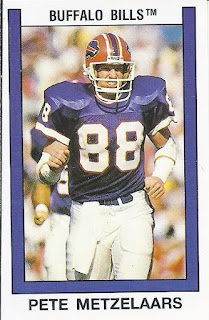 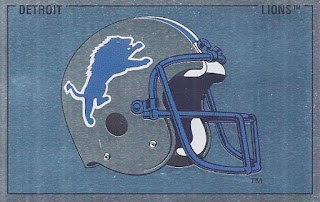 The only "When in doubt, scan the foil sticker" this time around. 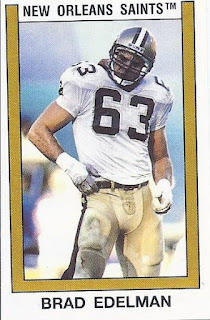 When in doubt, scan the sticker of some random offensive lineman. 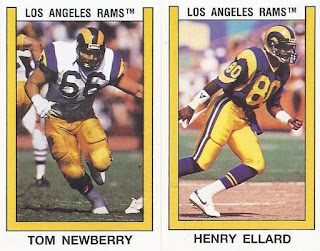 More infield dirt. I'm also highlighting his teammate in Tom Newberry not to show off the Rams hot pack, but instead to show the sticker that completed the first team set in the album as Newberry slips into the final empty Rams spot. 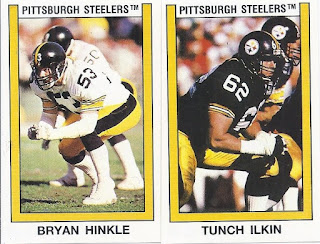 Football needs more guys named Tulch. And Hinkle. These two made the Steelers the second completed team in the album, and the first one that had a foil logo as part of the team set. 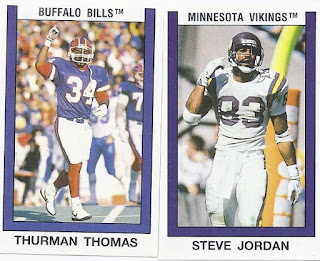 A Bills sticker should be the highlight, but the Steve Jordan is kinda cool too for non-football reasons. And that's simply because of the time he showed off the perfect passer.

And I'm still not even halfway through the box!
Posted by buckstorecards at 08:27