What better way to take advantage of the time between the end of the Blue Jays game and the start of the Tiger-Cats game on a Simcoe Day afternoon than wrapping up this trade? 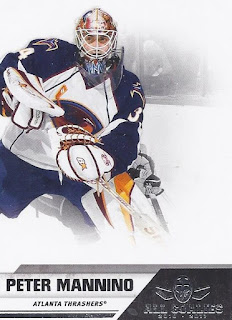 Starting off with the highlight of a small # of cards destined for my mask binder, with this card of Peter Mannino. Who? I admit I hadn't heard of him either, but he only has 6 games to his credit. 3 with the Isles, 3 with the Thrashers/Jets. But the reason I like this is that he only 3 licensed NHL cards to his name. This one, a parallel and a card from 2008 Power Play. In a time where anybody who has their skates on the ice in an NHL uniform gets a rookie card, this is a nice rarity. 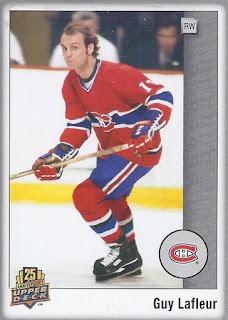 One more hockey card, this one coming out of the Upper Deck's 25th anniversary release. It is a product that covered several different sports. But, looking through the checklist, it does beg one question. What type of photos of Upper Deck executives did Tim Couch have to get into this product? 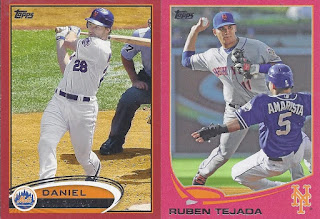 But there were a couple parallels in there. A Target (Damn, I still miss their card aisle) parallel and a numbered pink parallel. And they're both still on the team! Bonus! 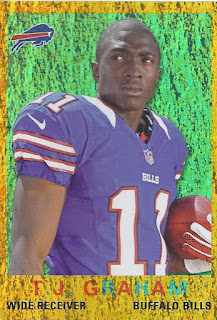 And to wrap it up, a nice shiny Bills parallel of TJ Graham.

And a trio of numbered parallels.

Thanks for the goodies, JBF! I hope you like the cards i selected from COMC and have on the way as I type this.

Posted by buckstorecards at 14:19