Another case where I'm scanning the repacks and one of the visible cards is one I might need for my base set. 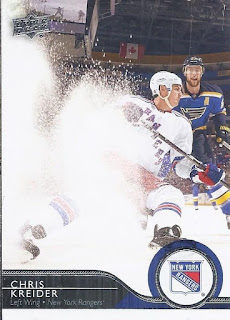 2014 UD Chris Kreider - And it is a need! WOO-HOO! And if it wasn't, it is still a great photo that I'd want dupes of anyhow.
1990 Bowman Allan Bester - Getting the required 90 Bowman card out of the way early.
1991 Platinum Leafs Team Card 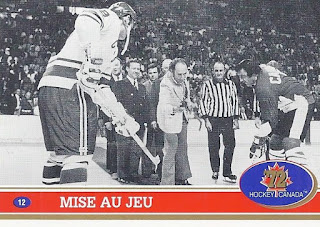 1991 Future Trends French - This is from a set saluting the 1972 Canada/Russia series, this one featuring the openiong faceoff from Game 1. And we also have Pierre Trudeau on the card. I really wish his son had a 'just watch me' moment in him. And that's about as political as I'll get here on this blog. 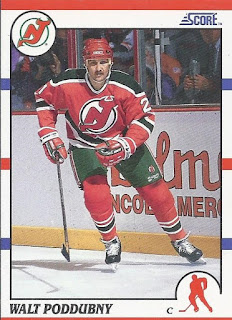 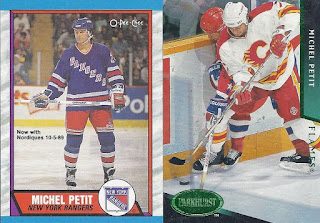 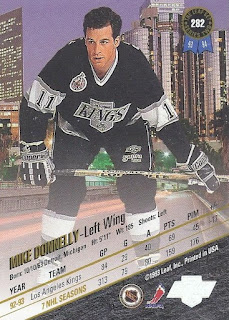 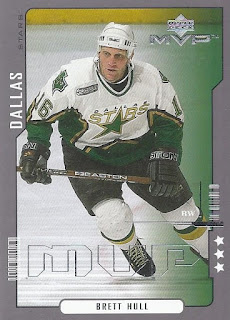 2000 MVP Brett Hull - Actually, this is a third star parallel. Getting parallels from repacks is always nice, whether it is Brett Hull or Michel Petit.
1992 UD Drake Berehowsky
1990 Score Brain Mullen 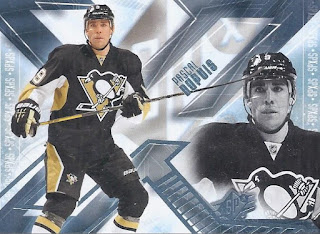 A card for a base set, and a pretty nice Brett Hull parallel. That's a good repack!
Posted by buckstorecards at 13:24