2 packs of Chrome that were obviously sent to Southwestern Ontario instead of the Bronx by mistake. 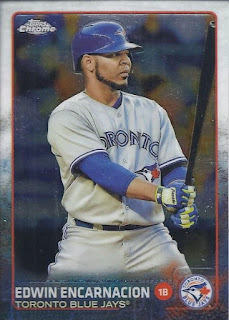 Things started off nicely, with my first Chrome card of 2015 being a Blue Jays card. If my usual formula of judging how much I'll like the set by the first card I see, I should enjoy Chrome. 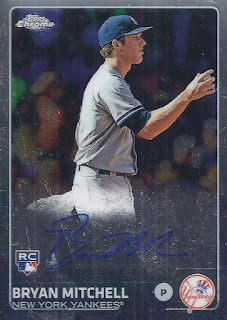 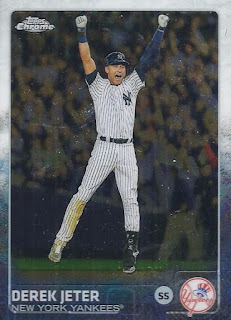 And here's the 2nd Yankees card of the pack break. 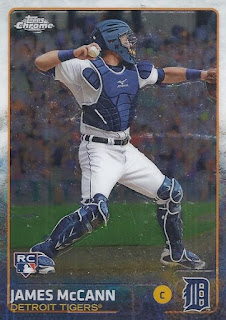 And a James McCann wraps up the first pack. Can't complain too much about a pack that yields an on-card auto. 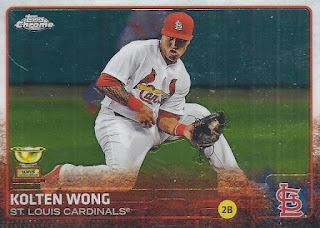 My only horizontal card of the break. 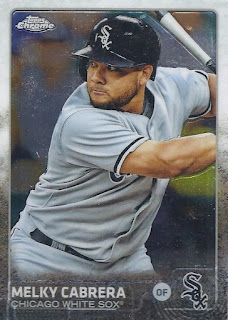 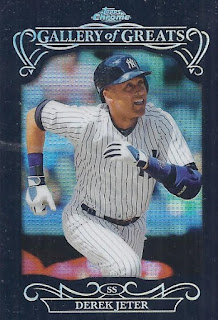 since here's the second Derek Jeter in two packs. As I said, these should have been delivered to a card shop in the Bronx. The GoG inserts fall one per box. I'm thinking both the Yankee inserts will be part of my next mailing to COMC. 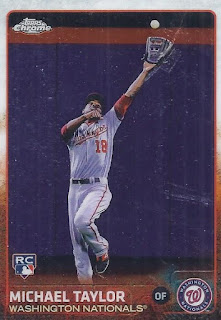 And the last card is a Chrome of one of my favourite photos out of the flagship set.

So, not too much in terms of getting PC cards, but the insert cards should let me recover some of what I spent on them in terms of COMC credit.
Posted by buckstorecards at 08:37