Yesterday, I highlighted the highlights of the Topps Prime cards from a 20 pack repack. I pulled a redemption from that box that based on the odds on the pack, came at a 1:433 level. Nothing like that this time, but there were 4 packs (1 rack, 3 retail) of 2013 Flagship and 2 packs of 2013 Platinum. That's what is on the bill for today's post.

Since I already built the Flagship set in 2013, I'm looking for interesting photos and inserts for my misc. collections, as well as some Bills cards. 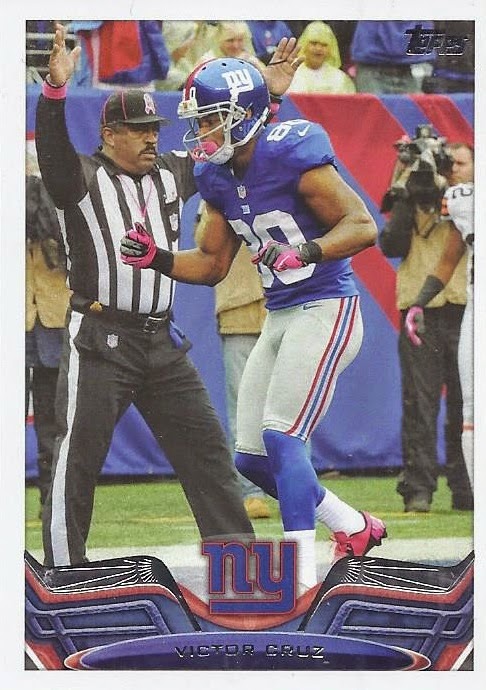 And the big winner in the photographic wars of Flagship goes to this perfectly framed card of Victor Cruz. The official giving the touchdown signal contrasts perfectly with Cruz starting to salsa. Photos like this will make me miss Topps when they head out of the football game after next year. Unless Gridiron makes its return.

In which case, I won't care. 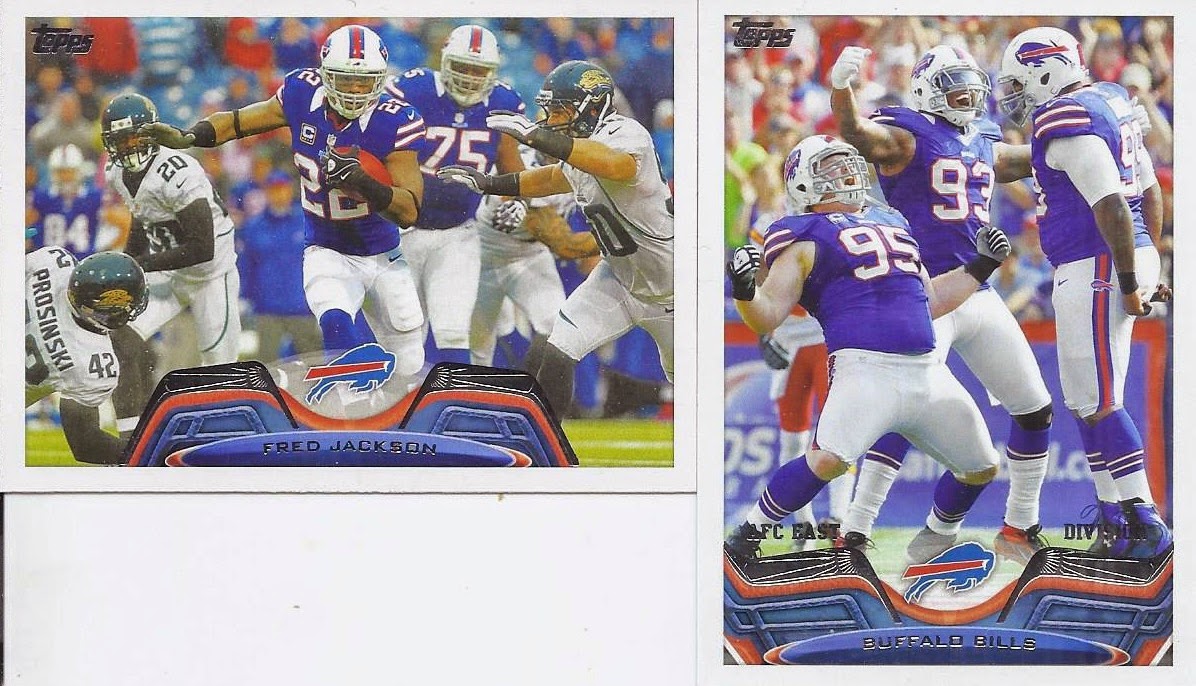 Bills content! The Fred Jackson is new to my Bills collection, but the team card is a contender for the card I have the most copies of. 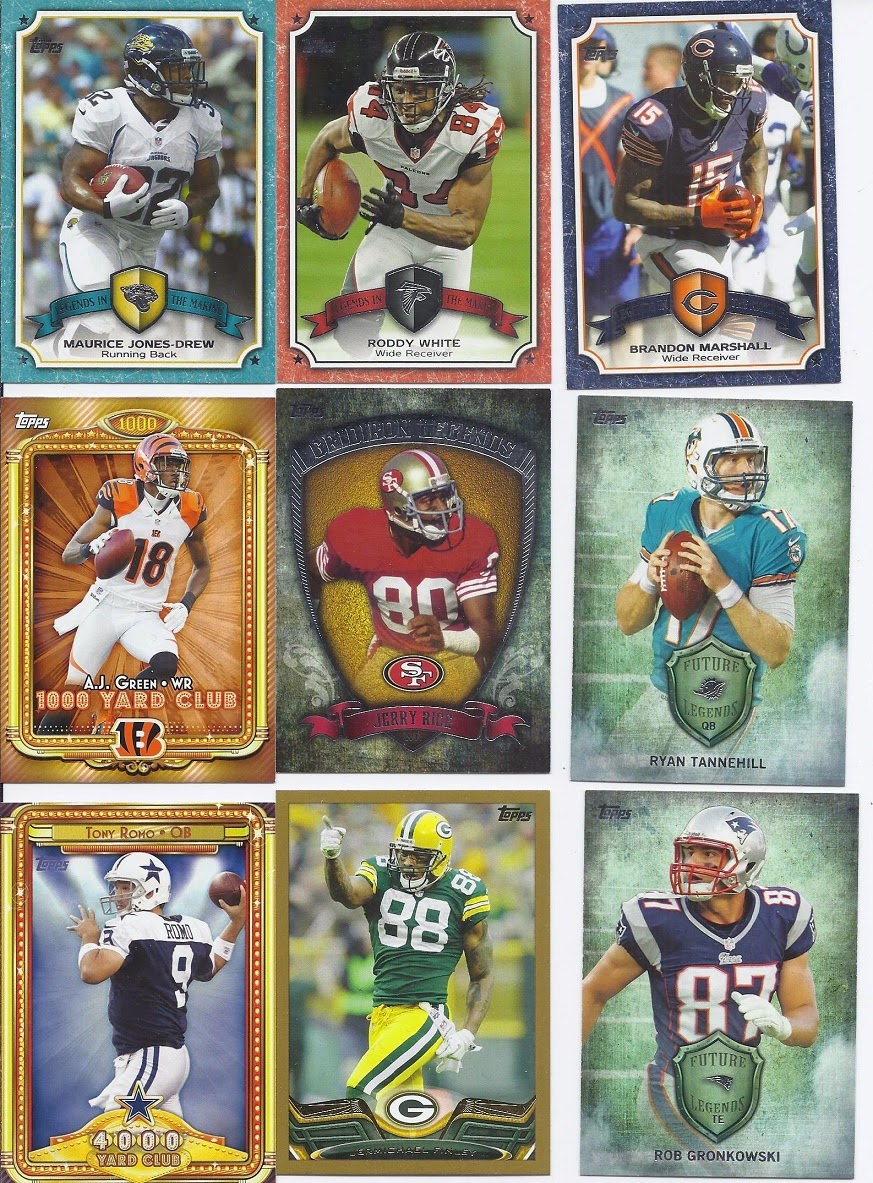 Inserts! (and a parallel) 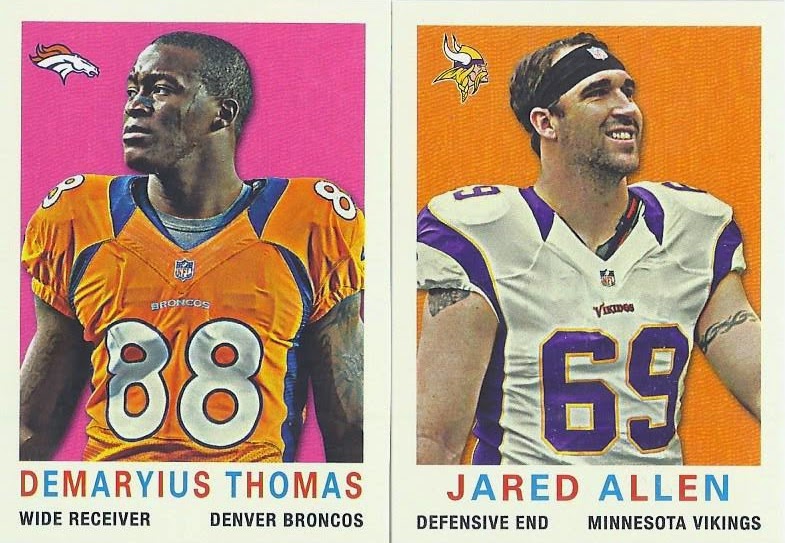 And minis! Of these of 11, 7 were new to my collection. (Tannehill, Drew, Romo and Allen were the dupes, for those that care).

Off to the two Platinum packs!

Texans hot repack! With honourable mention to the Dolphins. That Geno Smith X-Fractor will be set aside for the next package to Bob Walk the Plank. Other than that, pretty much what I expected.

So, I've got some retail packs of Prizm, one pack of Fleer Showcase, and I still haven't showed off my guaranteed hit.
Posted by buckstorecards at 14:18