And now, a little bit of everything from the rest of the stuff I got, since I really didn't go as crazy as I usually do. I still have the 5 jumbo packs of 1993 UD to get to, but I can work that in over the next little bit while also showing off my goodies from COMC Challenges. 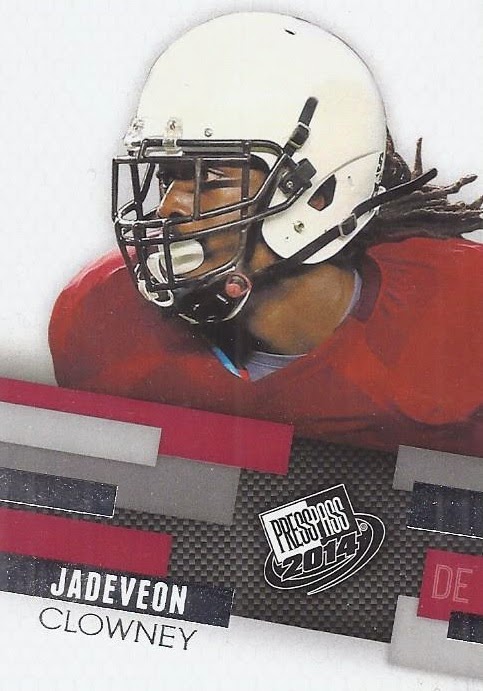 The only 2/14 card I picked up was a second card of Jadeveon Clowney for my collection. It is kinda strange for me to be all over one of the hot rookies as the NFL draft and season approaches, but this collection makes for strange acquisitions. Total cards in the binder at this point: 706. 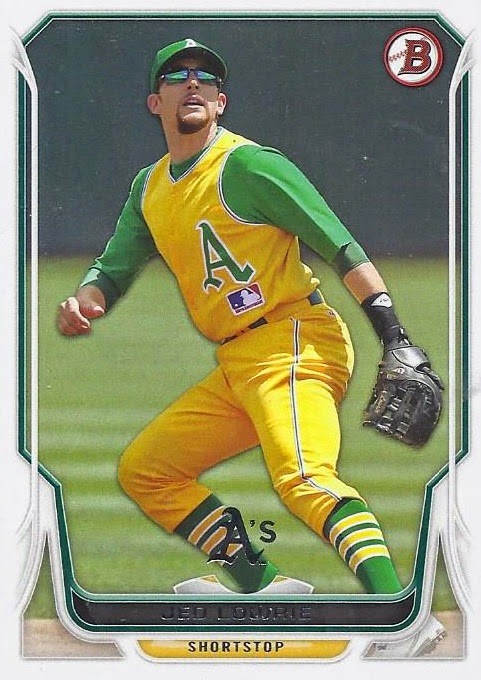 Other than a few packs, I'll probably pass on Bowman this year. However, I can't pass on the throwback uniform sported on this base card.

And now, nothing but hockey the rest of the way. 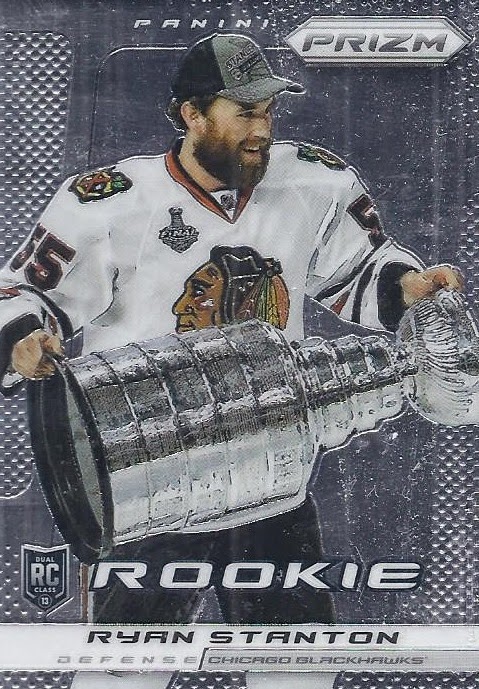 I'll open with a pair of cards the acquisition of with was precipitated by their appearance as cards of the week over at Puck Junk. This card was dubbed the best rookie card ever made. In terms of photo choice, I can't disagree. 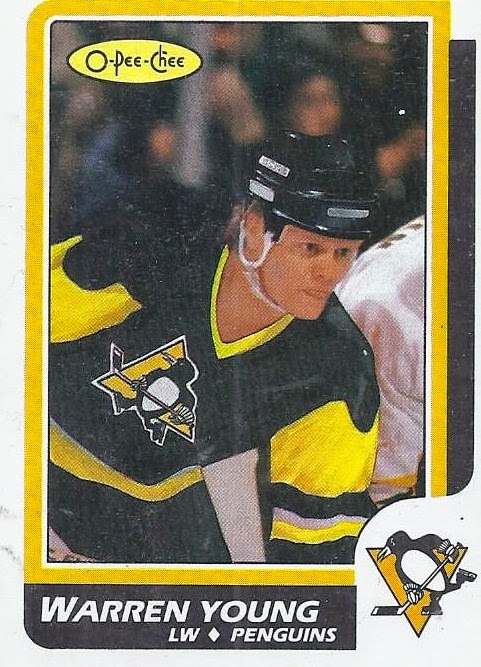 And this one, which was featured for its laughable alignment on the Penguins logo. I guess the airbrushing artistes could only place the cut and pasted logo at 90 degree intervals back in the day. 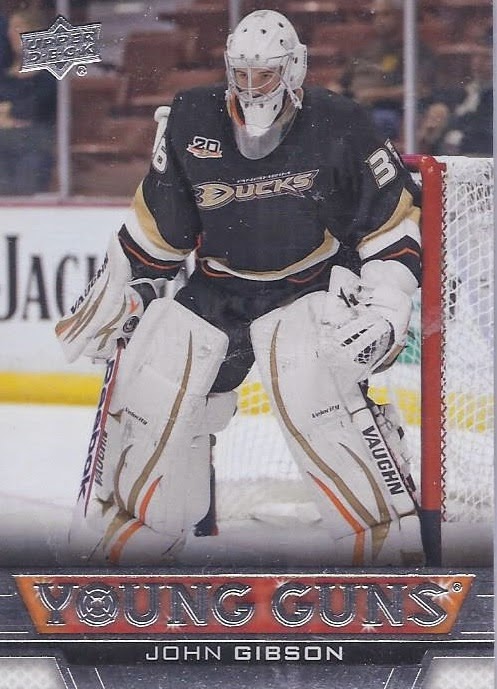 A new player for the Kitchener Rangers alumni collection. The competition for goaltenders that fall into that category isn't the strongest (Wendell Young & Steve Mason), so he has a good chance to be the best that came through here. His opening numbers (3 wins in 3 games with a shutout and a 1.34 GAA) look very promising. This should be the last one I need a card of until Radek Faksa makes his debut in Dallas. 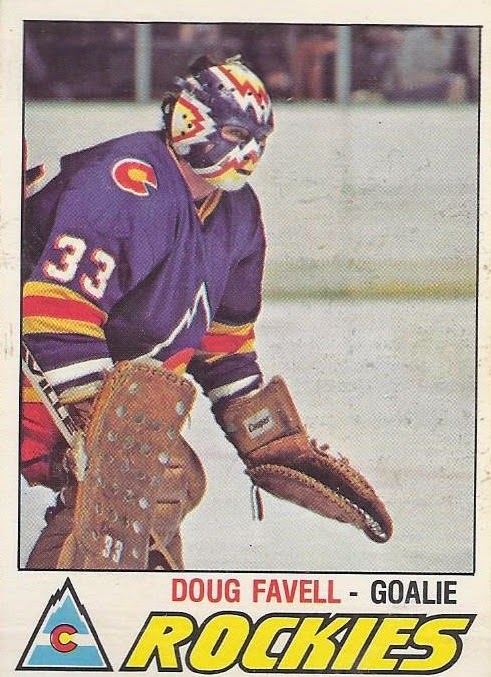 John Gibson's opening card with the Ducks might feature a pretty bland mask, but here's a far more colourful one for my mask binder. 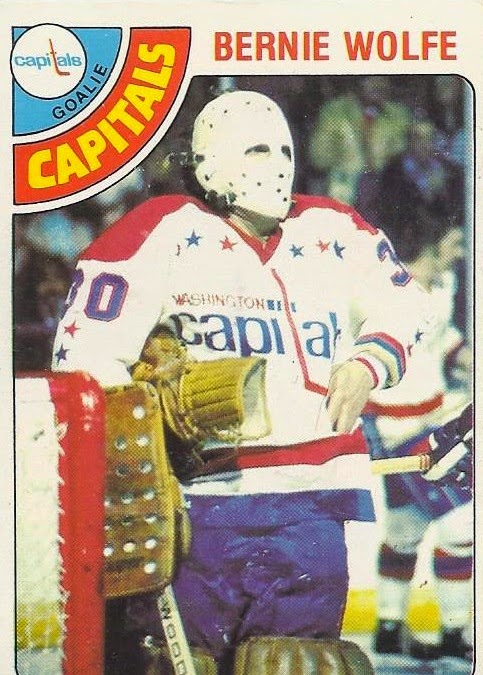 And some proof that even a plain white mask can be interesting. Or at least nightmare fuel. 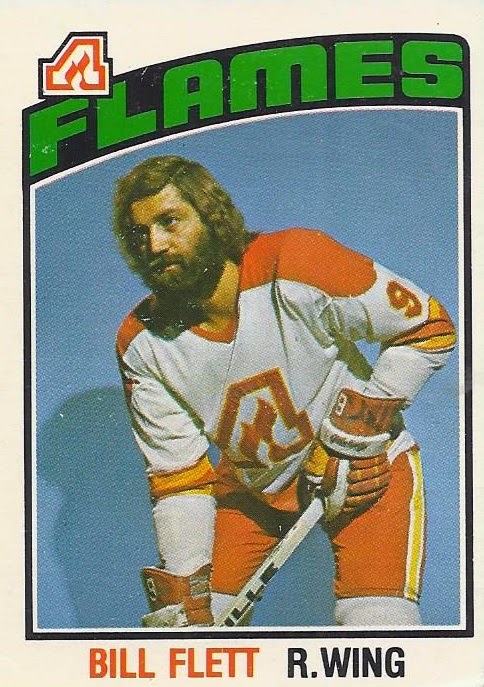 We really need more card of people who look like they might be hobos as opposed to actual hockey players. 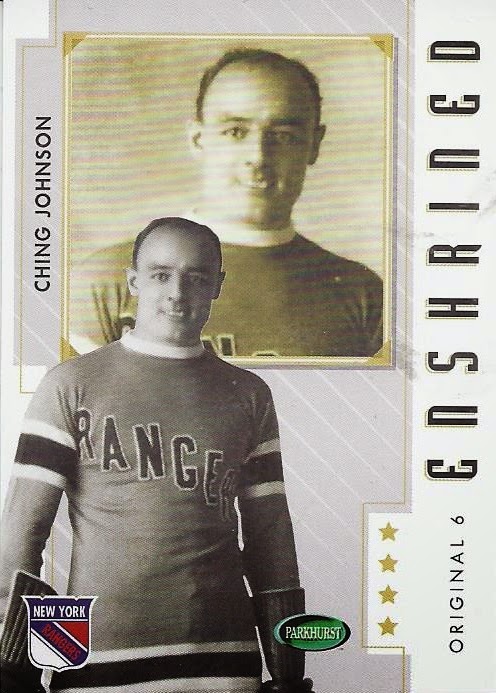 This one was a strange acquisition. While sorting through my wantlist using a conveniently placed garbage/recycling container, I noticed a small pile of about a dozen cards from a 2003 Parkhurst Origianl 6 Rangers set abandoned on top. I picked them up because, hey, free cards is free cards. The most interesting by far in the pile was this Ching Johnson.

Yes, it is solely because of the spectacular Rangers sweater. 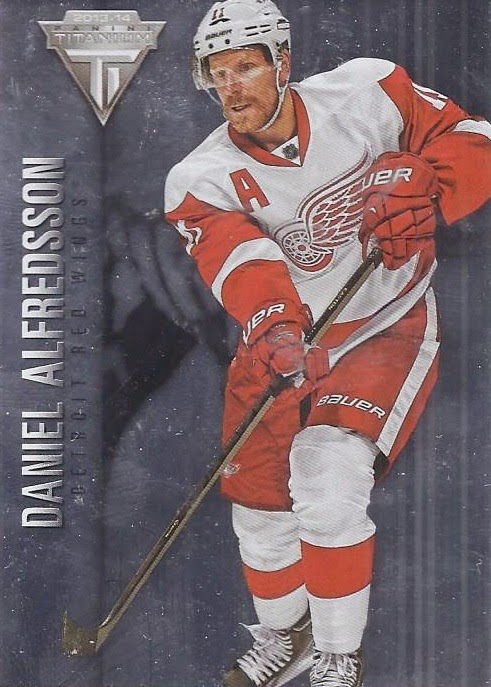 Hey! A new card of Alfie in Red Wings colours. It is my third, and I still have to pick up the Upper Deck base. 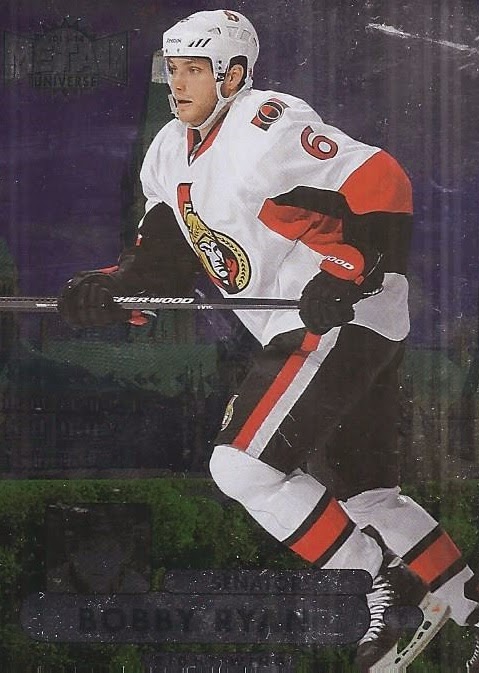 And finally, this card of Bobby Ryan, from the Metal Universe subset in the recently released Fleer Showcase. If you remember when I did my Top 50 Sens cards, there were a number in there that featured the geography of Ottawa worked into the design. Therefore, I couldn't resist grabbing another one that keeps to that theme. This is another situation where the card looks far better in real life than the scan, which is typical for the set it salutes.

So, in retrospect, it looks like I behaved myself budget-wise at the spring Expo.
Posted by buckstorecards at 14:49