It is Raptors Day in Toronto today! Despite being out of the playoffs, Deputy Mayor Norm Kelly has officially proclaimed Monday, May 12th, 2014 Raptors Day. Thus making it a perfect time to show off my 5 latest additions to my Raptors collection. 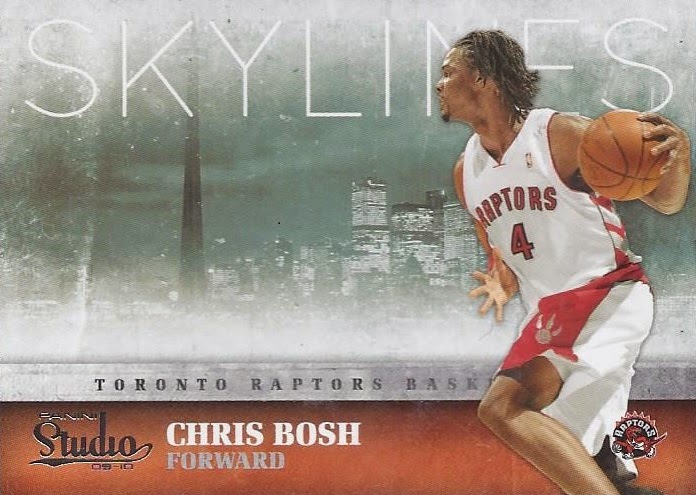 I've mentioned my love for cards that incorporate cityscapes into the design. So, when doing some basketball challenges on COMC, and seeing versions of this card, I went looking for the Toronto entry in this, and grabbed this card of Chris Bosh for a few dimes. My only complaint about it is that, for a sport where height is a major factor, you should be able to see the top of the CN Tower in the design in order for the player to appear larger than life. 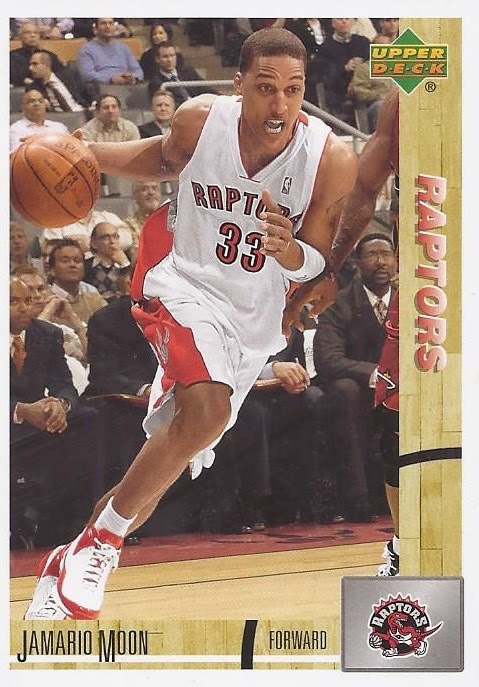 I always like getting cards that feature retro designs being applied to teams that weren't in existence at the time. Henceforth, I wanted at least one of these cards from 08-09 UD Lineage. All the Raptors cards at COMC cost the same, so I opted for the player I had only a couple cards of - Jamario Moon. 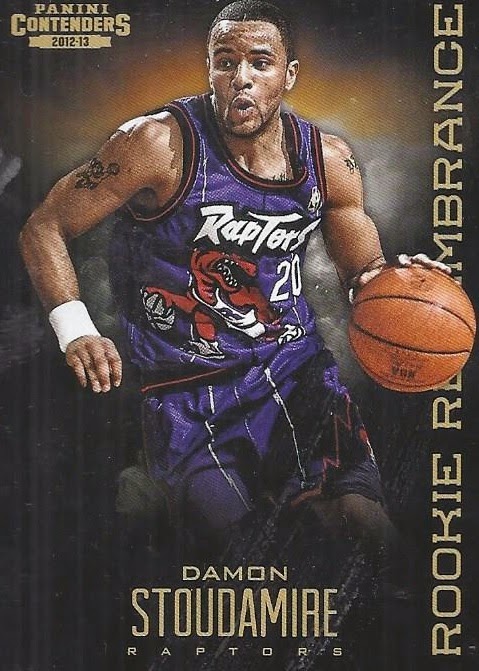 And a contemporary appearance of the original uniform. WOO-HOO! 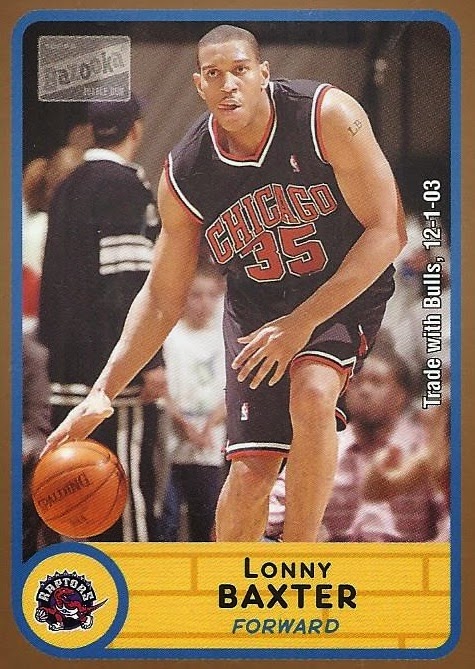 I also took the chance to knock a pair of cards out of my every Raptor project. This is as close as I could get to adding a Lonny Baxter to my collection. He was only a Raptor for the middle part of a season, so I should be happy I can add this card. 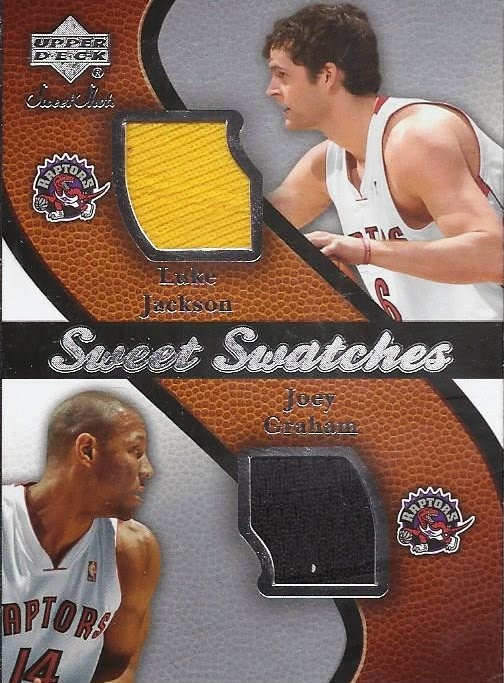 Lonny's 30-ish games surpasses Luke Jackson's 10 games. That's enough to get pictured as a Raptor, even if your only card is a hit that you have to share with someone else, and even if said hit doesn't even feature a Raptors swatch.

Still, not counting guys acquired this season, that leaves two Raptors to wrap this up.

Posted by buckstorecards at 11:42