In terms of volume, most of the additions from this batch were 2/14 cards. Football lead the way with 8 cards, followed closely behind with 7 cards from basketball. Cards for my misc. section, which encompasses everything outside the major 4 team sports, claimed 5 spots, with 2 each for baseball and hockey.

Since I'm trying to get things down to a more manageable level for the arrival of the second mailing out of this promotion, I'll go for volume and highlight the football portion.

Let's open with a type of card I'd been wanting to add for a bit. 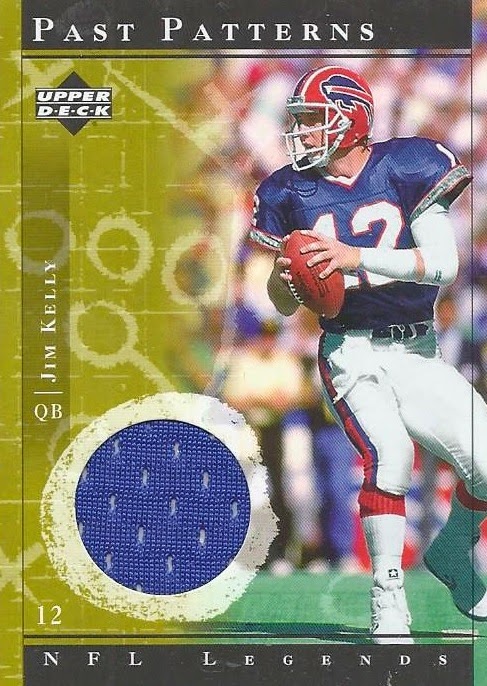 I wanted to add a Jim Kelly relic to my 2-14 collection, but didn't want it to be a plain white swatch. Unfortunately, those were the cheapest. The other cheapest were orange NCAA-era swatches. But, with a nice sum in my account, I finally got this one. One of my resolutions for 2014 was to add a blue Jim Kelly swatch to my collection, and I can now consider that accomplished.

But, that wasn't it for Jim Kelly cards. 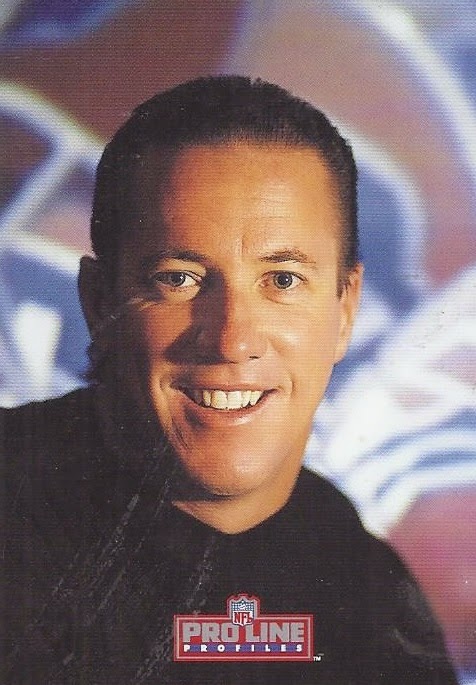 A nice Pro Line card of Jim Kelly was the second one I picked up. It might look a little bland at first glance, 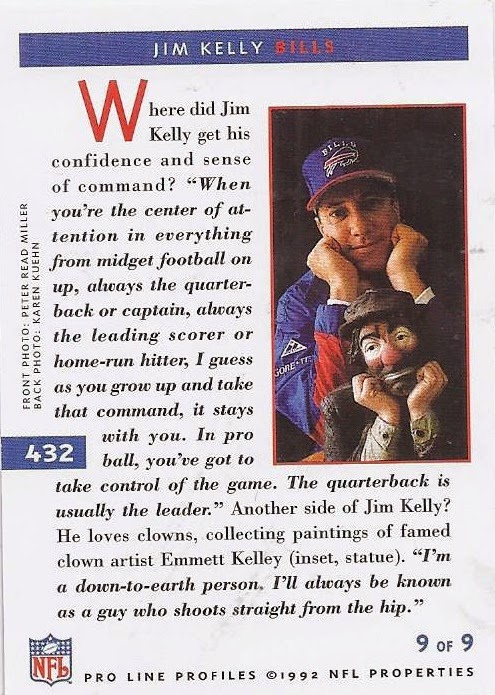 but the reverse is pretty surreal. I'd probably look like that too after the 4th Super Bowl. 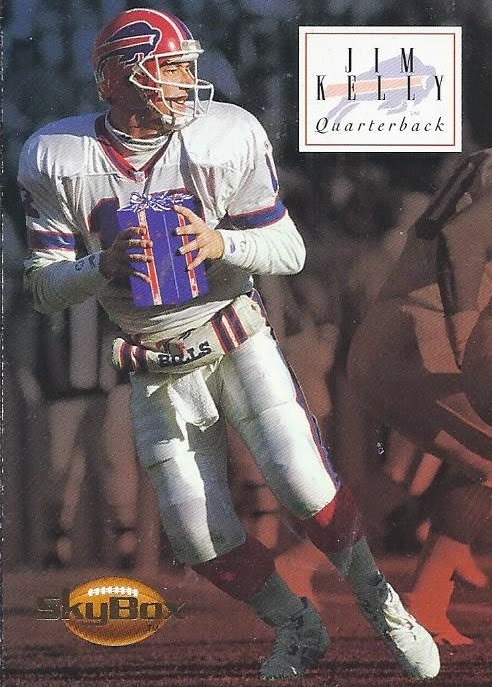 And still, it isn't as surreal as this Christmas card. 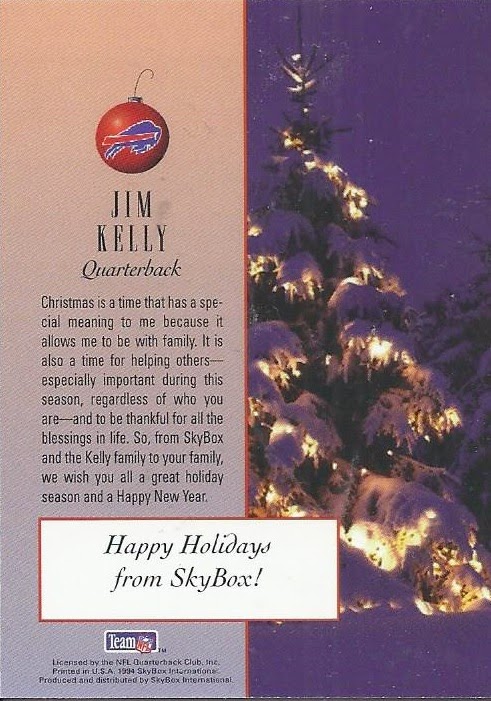 And here's the back of this. Happy Holidays to you, Skybox. Since I'm posting this on May 21st, I'll wish you the happiest National Memo Day you've ever had. 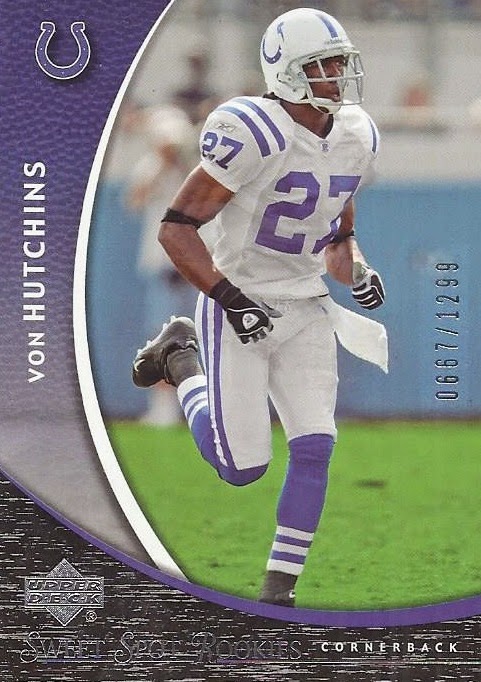 And just some miscellaneous cards to wrap it up, and move my overall total to 725 cards. 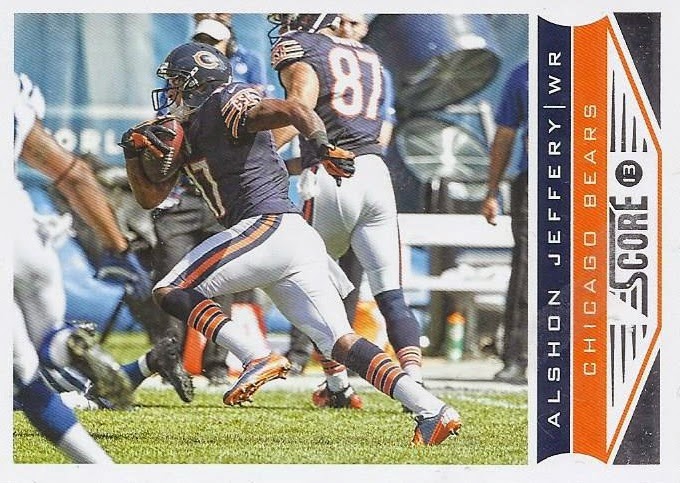 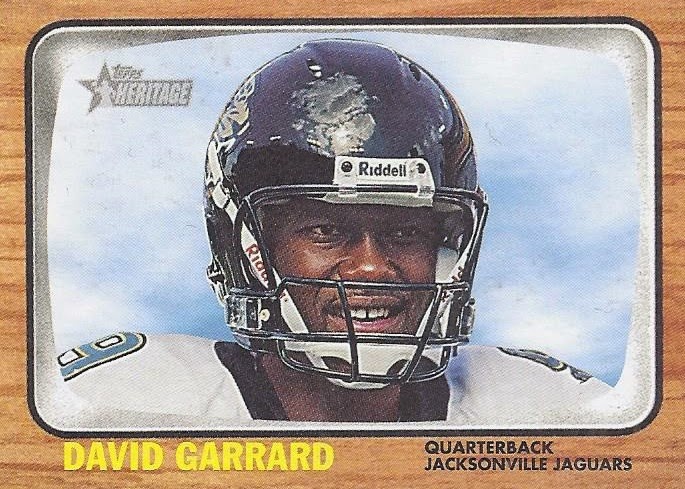 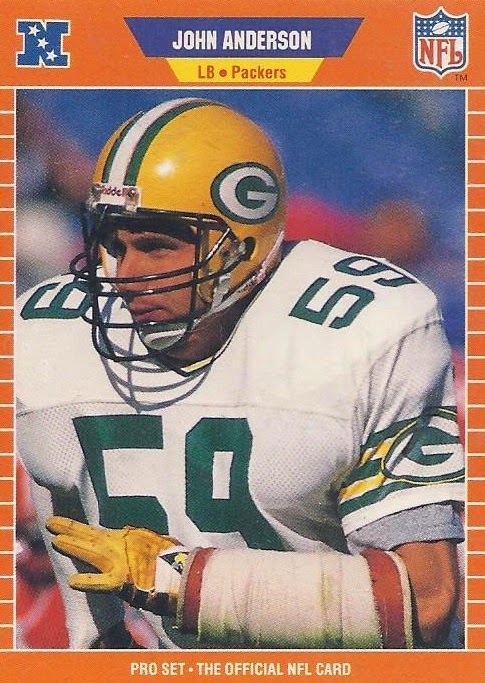 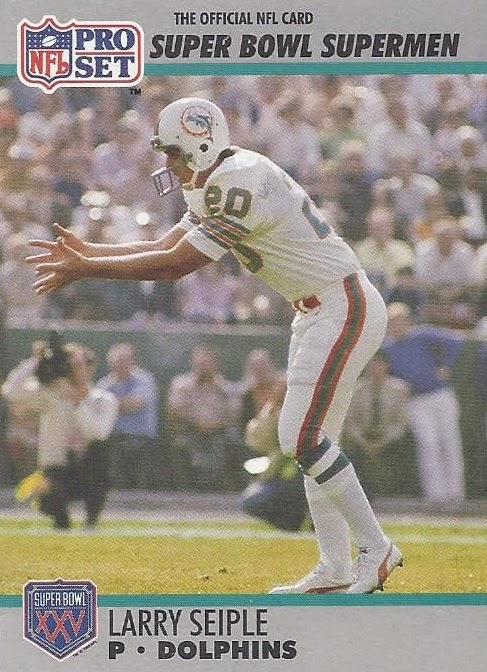 And that's 8 more out of my COMC box. Will I get enough cards out of it to be able to fit all the new ones in?

Posted by buckstorecards at 14:19