Here are 5 more cards for the hockey portion of the binder. Which really isn't organized at all into such things as sports, or years, or anything other than "hits and vintage in the front".

Here's one for the former. Unless you consider 1999 to be vintage. 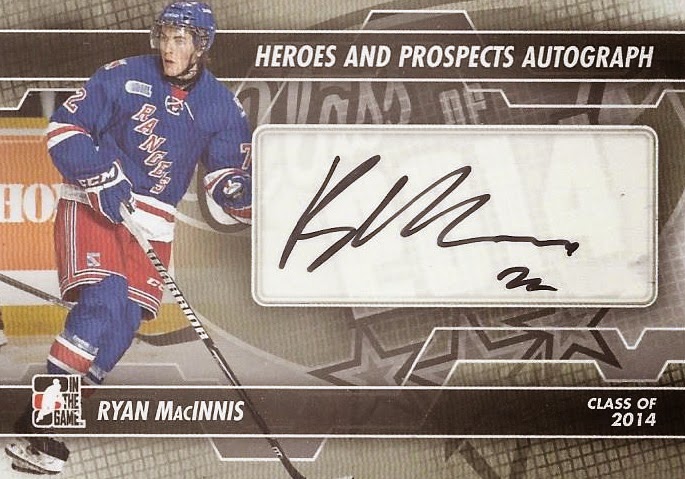 A new player made his cardboard debut this season in a Heroes and Prospects set. He's a prospect, but the son of a former. If you're thinking the last name seems familiar, you're right, Ryan is the son of slapshot master Al MacInnis. He's also following in his footsteps by playing his junior hockey with my hometown team, the Kitchener Rangers. And he's also a 2/14 baby. While I've got lots of Al in my Rangers alum collection, this is my first card of Ryan. He's also the third Rangers alum in the 2/14 collection, joining Boris Valabik and the late Walt Poddubny. 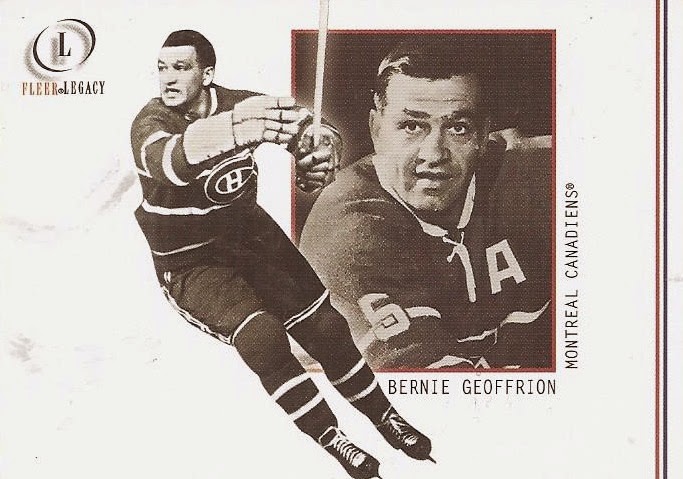 It is hard for to pass on any new card of Boom Boom. 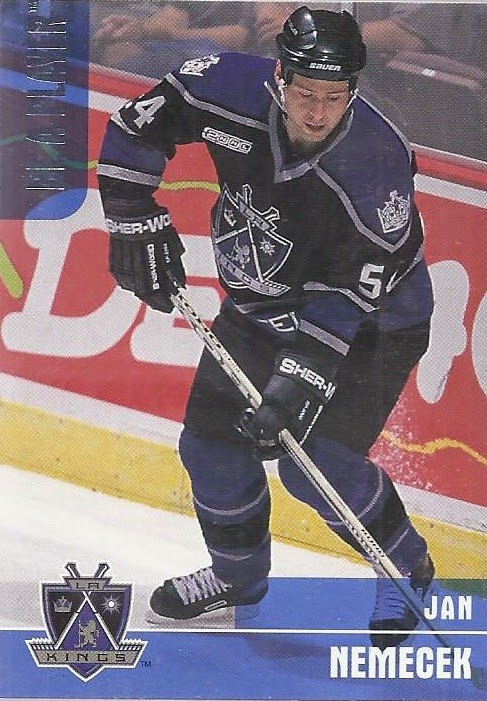 Jan Nemecek only had two cards released nationally during his tenure with the NHL. Considering his tenure lasted only 7 games, I'm happy that he has any cards with which to add. Of course, if he played nowadays, he'd have base cards in every set, as well as dozens of parallels.

I'm not sure which I prefer. 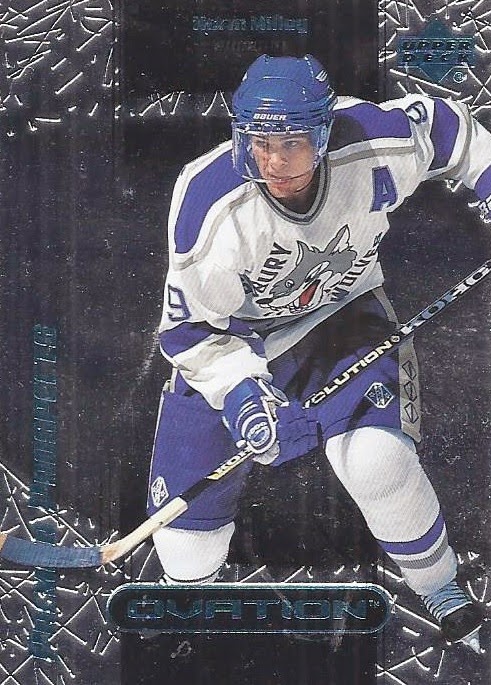 He's another OHL card, this one featuring Norm Milley of the Sudbury Wolves. I've mentioned in the past that the Wolves might have my favourite OHL uniforms. I won't again. I just need to add his Black Diamond card to have at least one version of all his mainstream cards. 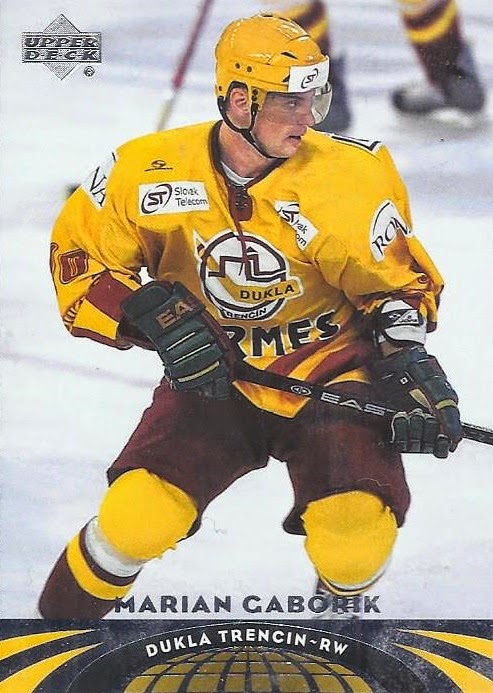 Ah the strike year. When you'd get cards like this from the various European leagues. But who am I to complain about finally adding a card featuring the Slovak League?

Posted by buckstorecards at 17:55