About a month back, a random pack of Upper Deck resulted in one of the most desired Young Gun card of the set in my possession. Nice, but I'd rather have something for my PC. I saw one on ebay wrap up for a little more than $30.00. So, I just put it up with a BIN of that price, and it was sold within an hour.

Time to turn that into cards I want.

First up, a new addition to my 2.14 collection! 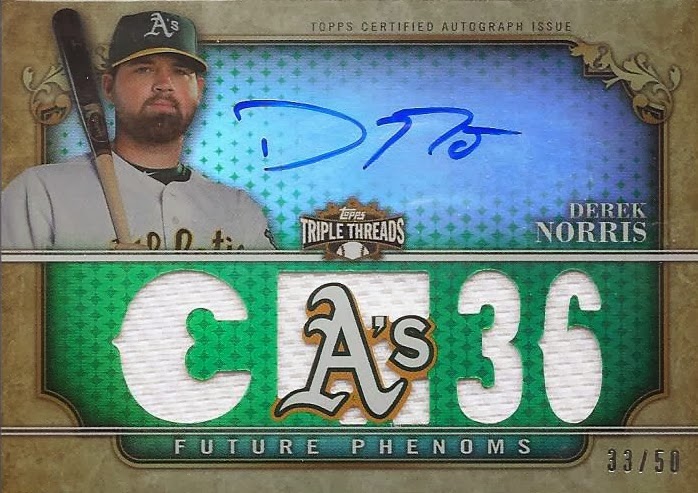 I was pleasantly surprised when watching box breaks to see that Derek Norris was among the checklist for the hits. There were cards up that worked out to about $20.00 with shipping factored in. I was a patient person, and waited a little bit and grabbed this for just a little more than half that. It's my second auto/relic combo in my 2/14 collection, but the first with an on-card signature. Numbered to /50, this one is an emerald parallel, and is the 4th lowest numbered card in the binder. 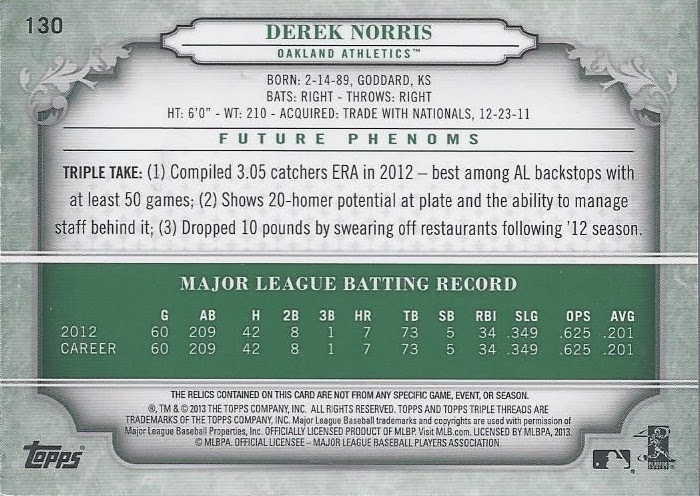 Here's the back of the card. I didn't even know catcher's ERA was a measured stat prior to seeing this, but I guess it makes sense with there being stats for pretty much everything.

So, that's one card from the MacKinnon sale. There's one more major one on the way from COMC, and it's probably going to be the centerpiece of my CanCon collection.

Posted by buckstorecards at 13:53