Let's keep all my repack purchases under one heading.

After receiving one of those 3 packs and a hit repacks for Christmas from my Secret Santa, it was time to touch the stove again and see what pain takes place. The first one got me a Chris Johnson patch, which was more than I expected. All I ask is that I've heard of the player on the card, and that it wasn't some random rookie that played as many downs in the NFL as I have.

Well, it's definitely the former: 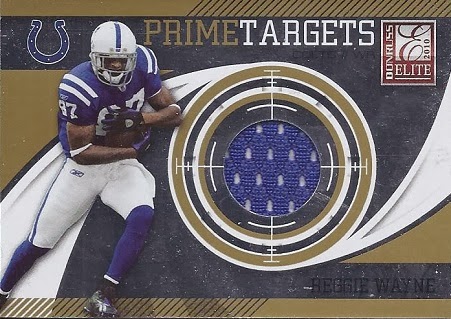 Not bad. A coloured swatch is always nice, and this is a game worn one as opposed to event worn. It's also out of /299. Few complaints here.

And the three packs: 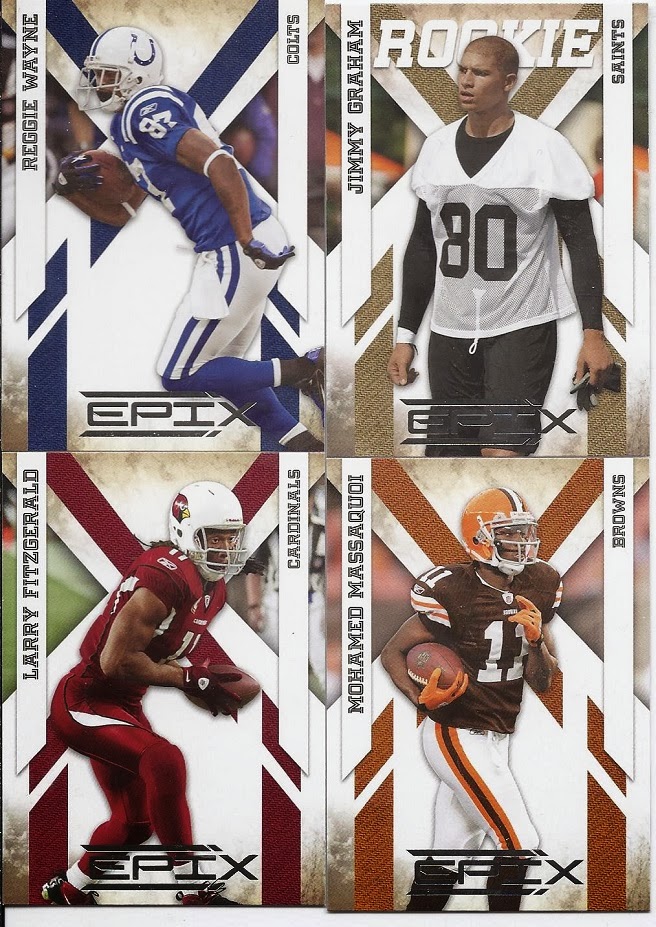 Reggie Wayne makes another appearance, but the Jimmy Graham rookie is the obvious highlight here. I'm not a fan of washed out backgrounds, but at least here they match up with the team logo. I opted for Fitzgerald and Massaquoi just to show that they did use a variety of colours one it. 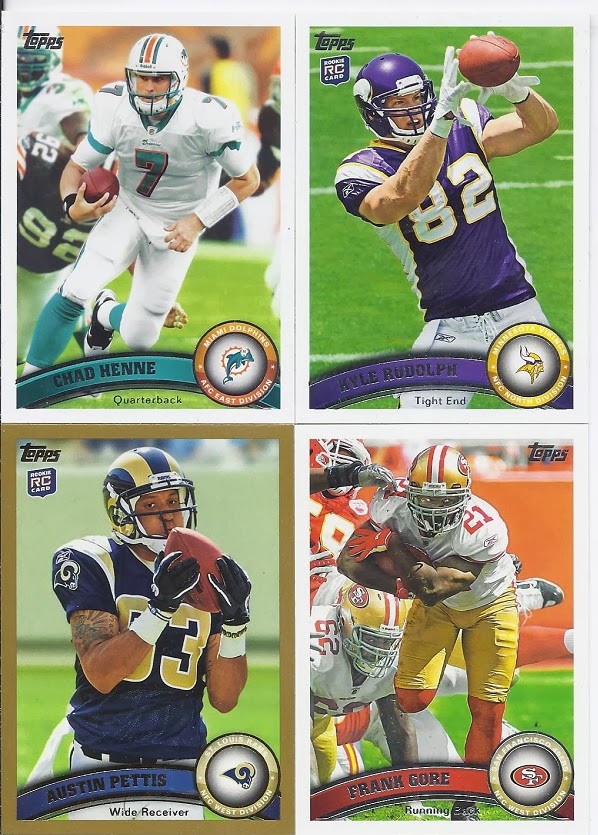 2011 Topps was next. Frank Gore takes the victory for the best photograph in the re-package, as he breaks through against the Chiefs. Or the Cardinals. Or some team with red on their uniform. Check out the intensity in the eyes. Pettis and Rudolph  are decent enough rookies, and the Henne can go in the next package to TMM. 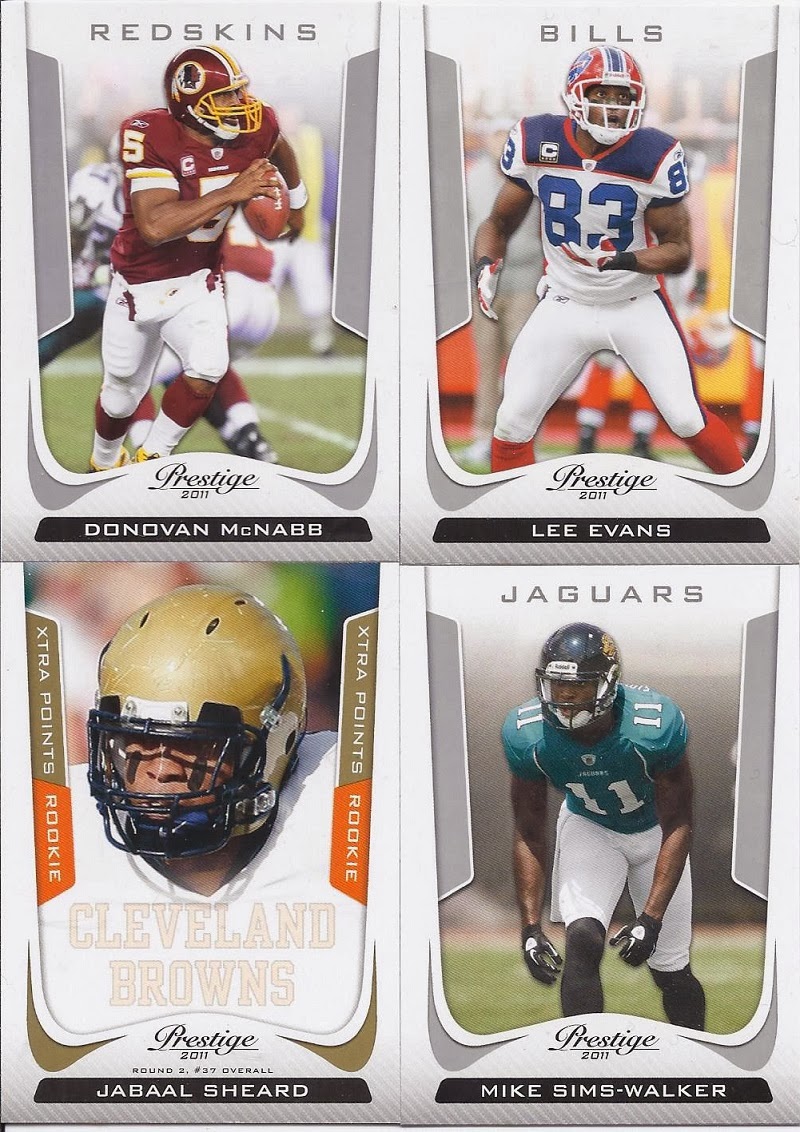 And a pack of 2013 Prestige. Evans was the only Bill I pulled. The scrambling McNabb is another contender for a great photo in the repack. Sheard is /250, so there's that. And the Sims-Walker is highlighted for a Winnipeg Blue Bombers fans out there.

Money's worth? Probably not, but I didn't bust much Epix or Prestige at the time, so I guess I can enjoy doing that.
Posted by buckstorecards at 13:38