2021 Adventures in Repacks Part 1: Starting with the Classics

A pair of Dollarama Surprise Bags is a perfect way to start repack recaps for any year. 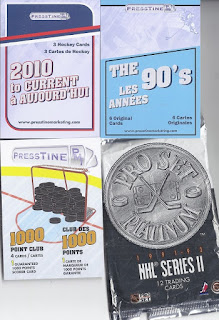 I'm not going to show everything from the packs, but it had what would have been a really nice pull for the time in the Doug Weight rookie, what became a really nice pull with the Hasek, and a Kitchener Rangers alum in all-star attire with Al MacInnis, so that's a pretty solid pack in both then and now standards. 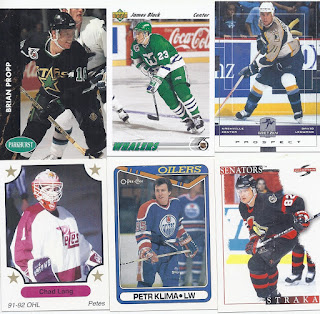 Sens card in the 90s pack also makes this one pretty worthwhile as well. Merely being an OHLer with a paint job on their mask in the early 90s qualifies Lang for the mask binder. 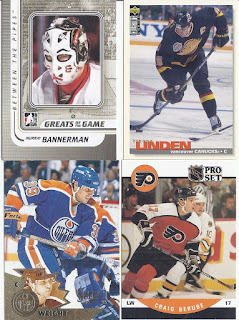 It is a Doug Weight hot repack, as he's the 1000 point guy in that portion of the repack. Alas for him, he's dwarfed by the greatness of the Bannerman mask. 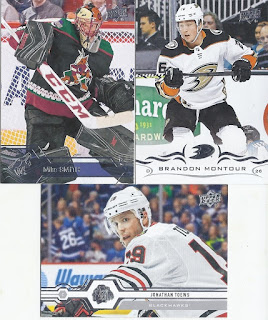 I've already got several copies of that Mike Smith card in the mask binder, so Toews is the best card in this group of 2010's UD base card.
Definitely a solid start with a respectable amount of keepers in this one. 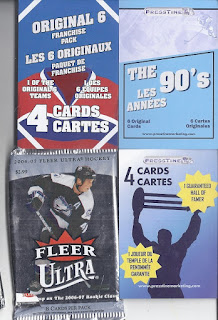 While I probably have come across it, I can't recall finding a pack of 06-07 Ultra in one of these before.

Opening with that pack, the contents were pretty much what I expected. A gold parallel, a rookie I'd never heard of (even though he played one more NHL game than I ever will) and a mask binder card to qualify as the best card for me in the pack. 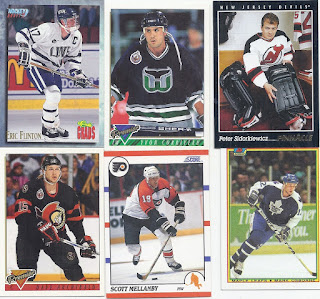 While usually the Sens card would qualify as the best card in a repack portion, I have to give the nod to the former Senator with the Peter Sidorkiewicz Pinnacle entry. He's play 4 games in 93-94 and 97-98 for the team, with most of the time spent in the AHL, and this would be the only card he'd get where he'd be pictured as a member of the team. And the locker room shot is a unique setting as well. That makes it my personal favourite card in this post, even with none of the qualifications being met for one of my PCs. 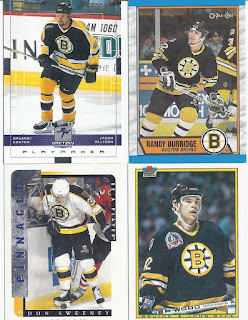 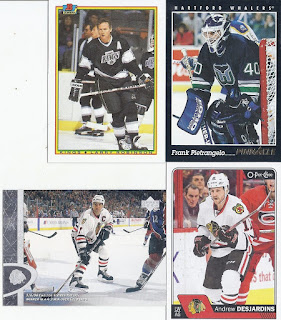 Not one, but two HOFers in that pack. I've already got that Larry Robinson in my Rangers alum collection, so that game-dated Chris Chelios is easily the better of that pairing. Whalers content too!
Definitely a fun start to the repack year!

Posted by buckstorecards at 08:15