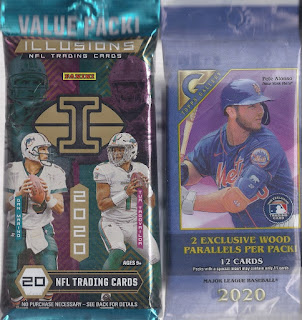 A couple retail packs from Wally World. Kinda hard for me to pass on something with a Met visible on the packaging. 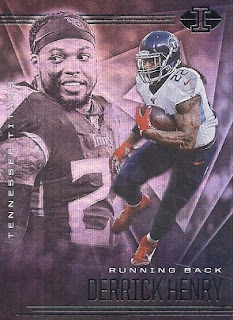 For black foil text on a darker background, it is pretty visible. These are all the retail parallels, meaning these are completely separate from the hobby version of this. But, since it is only a 100 card set, and there aren't short-prints in this, it wouldn't be hard to put the parallel base set together. 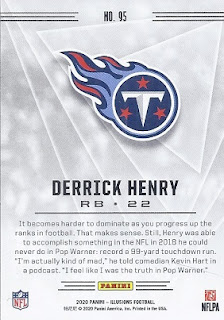 The backs don't even include a single year of stats. But at least the team logo is nice and big. 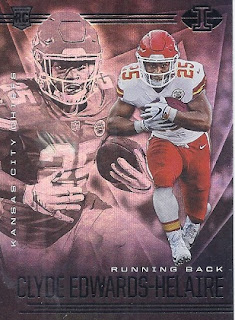 No Bills content in the pack, so I guess I'll highlight the biggest name among the rookies that I found in the pack. 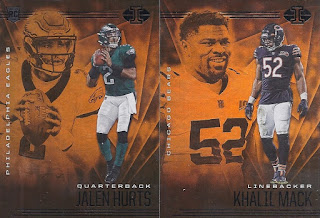 Are there parallels that are exclusive to this format? Of course there are! With orange being a team colour for the Bears, that Khalil Mack card looks really well done. 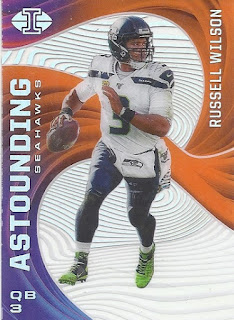 My only insert was also a parallel. Acetate greatness! 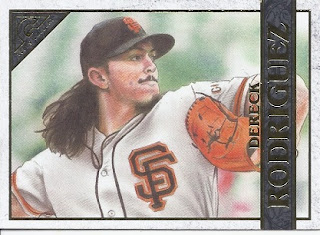 Here's the first Gallery card of the year for me. Pretty much exactly what I'd expect from this design. 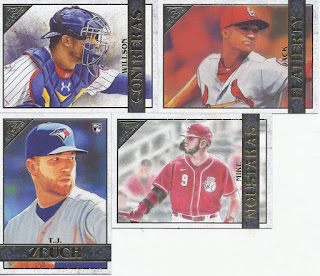 Although the vertical ones where the text matches the direction of the photo does make for a better look. 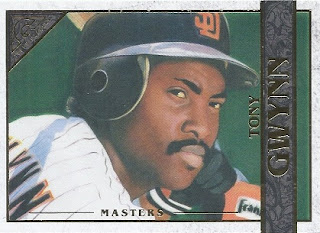 Heree's one of the SPs, which are made up of 151-200 of the base set. That's kinda intimidating, but I've still ordered a pair of boxes over Black Friday that should put a dent in the regular portion at least, leaving a manageable remainder. 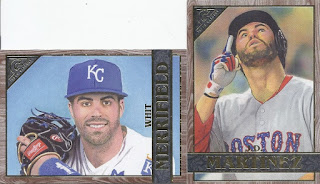 There are parallels here as well. 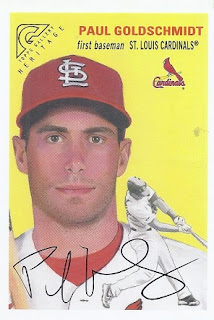 The Heritage inserts are back as well. There's little rhyme or reason to the set represented in this, as the previous two years have been 1952, then 1965. 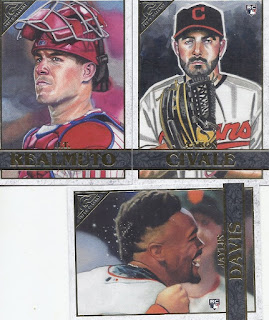 And here's the final 3 cards. Given the usage of rather generic posed and action shots, the Davis really comes off something unique for the set.
And there you have it!
Posted by buckstorecards at 12:22