My Trip to the Dime Box

It seems like every blogger has made their trip through baseballcardstore.ca and received, and shown off, their stacks of goodies. 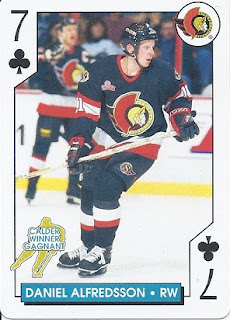 Why lead with a Daniel Alfredsson playing card? That's because it was the only card I'd ordered that wasn't a 2/14 card! (Aside from the repacks, of course) 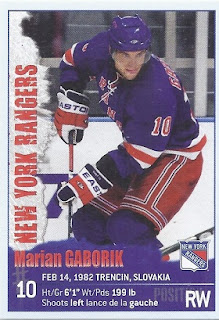 This was not the only sticker in the package, but it was the only hockey one. 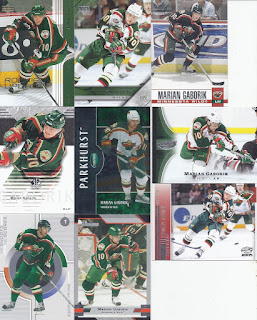 Gaborik was one of the big winners in the package in terms of volume, with 17 added to his total moving him to 233 overall. 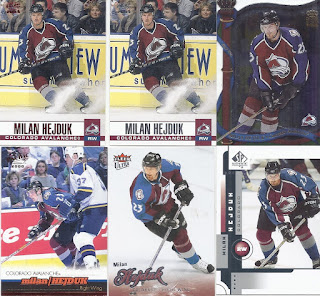 He'd need another 17 cards to tie Milan Hejduk, who is the first person in the collectioln to reach the 250 plateau. 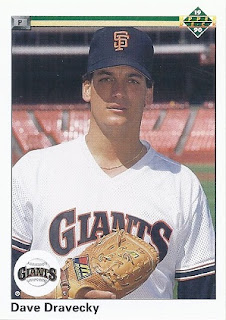 I always like adding 'How did I not have this card already?" cards to the binder, and this 1990 Dave Dravecky is one that certainly fits that category. 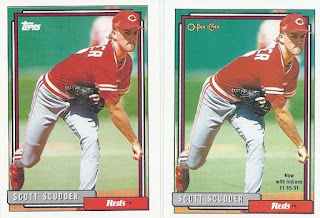 That Topps card of Scott Scudder is another one that fits the category. Probably that O-Pee-Chee as well. 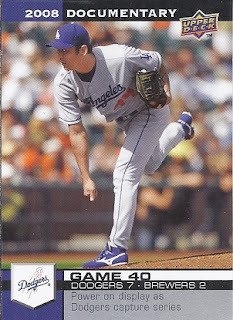 Basketball seems to have really become the sole domain of adding cards featuring Gheorghe Muresan and Richard Hamilton as of late. So it is nice to add some variety with a few Tyus Edney cards. 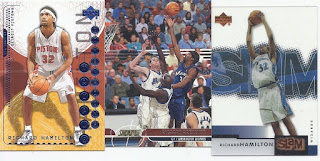 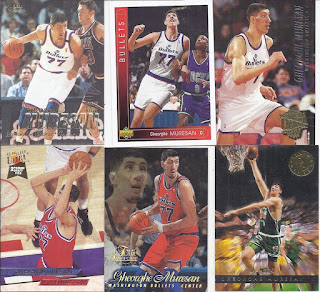 But they were well represented as well. 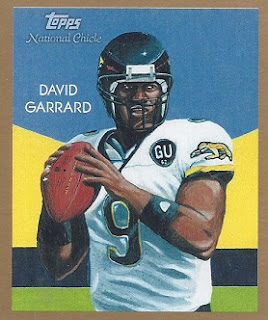 Finally, the football. The QB fest starts with this solitary David Garrard. 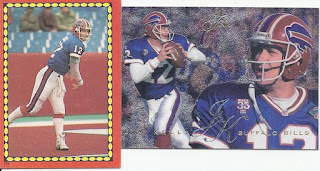 Here's the other sticker in the package, along with the only Jim Kelly card in the bunch. 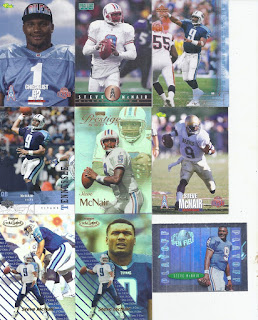 There was a scanner bed worth of Steve McNairs. 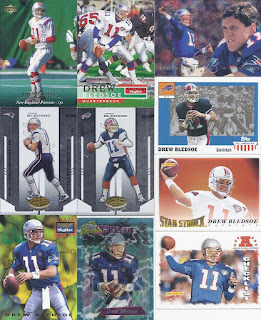 The big winner, with 18 new cards, was Drew Bledsoe. Here's 10 of those new cards. I really like the middle photo on the top line, since you really don't see too many photos of the QB flipping the ball to a teammate.
With this addition of almost 80 cards, I'm less than 10 away from the 3000 mark for the collection. I've already added the entirety of my COMC shipment to the spreadsheet, so it looks within reach before year's end.
Anyhow, that's almost all of it. I threw a couple 15 card basketball repacks in the mix. I'll do those tomorrow.
Posted by buckstorecards at 13:15