I've been to a couple Walmarts, but have had no luck finding any Series 2 on the shelves. Even the LCS had none.

So, this is what I bust instead. I may not get logos, but I will get some shininess. There's 12 cards in the main pack you see at the front, and then there's a bonus pack with 6 patriotic red. white and blue parallels. 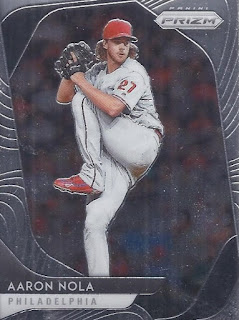 Here's the first card out of the main pack. It is exactly what I expected. No logos, and lots of silver. 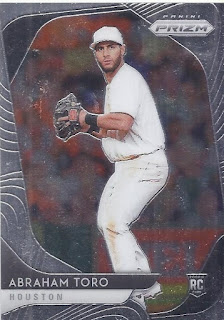 No Mets or Jays content among the base, so the best card in terms of my PC was some Cancon in the form of Quebec's Abraham Toro. 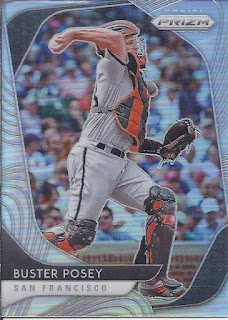 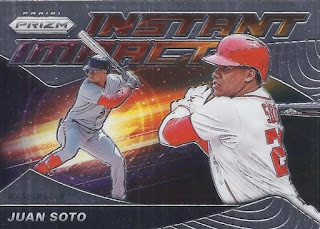 Insert #1. The fiery background would probably look really nice with one of the shiny parallels. As it is, it is pretty standard stuff, but at least they used two different images. 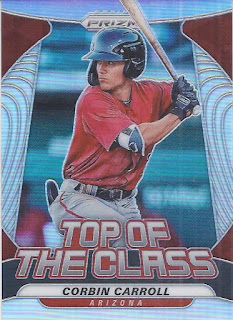 The one plus of the lack of the MLB license is that minor league prospects can show up in the regular set. So, I get my second shiny card in the pack. 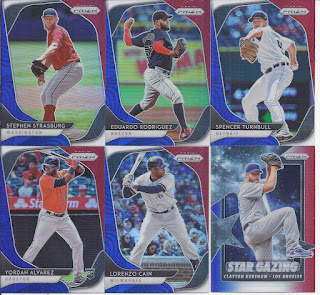 And here's those 6 red white and blue parallels. I did land an autograph of Yordan in last year's Chronicles release, so that rookie card logo still looks odd at the base of his card. But Topps was the same in their releases, so there you go. It's a shiny rookie card the year after his rookie season. And the Wrigley bricks are there on the Cain, so there's also that.

I guess that's a perfectly average retail break.
Posted by buckstorecards at 06:30