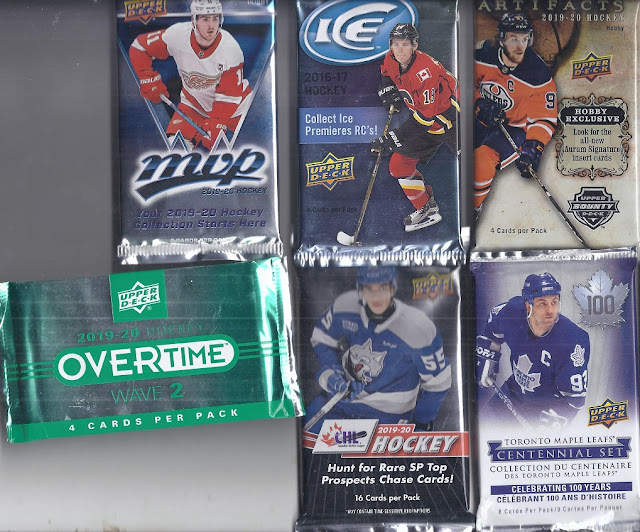 Last week was the anniversary sale at the LCS, which I used to get the box of Ultimate I showed off earlier this week, as well as a bundle of packs from various sets. There was a mix of retail and hobby in there, with various releases covered. This is the first half of the dozen, with only the Overtime pack making more than 1 appearance. 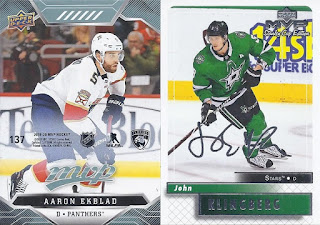 Starting in the upper left and going clockwise, here's the hobby pack of MVP. I'm not going to scan everything from the more base heavy packs, but here's one of the puzzle back parallels and an anniversary insert. 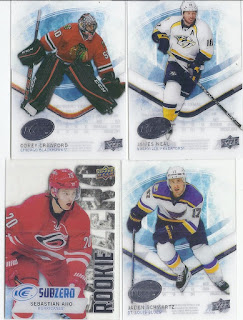 Not too bad from the Ice Pack. While it isn't Mathews, Aho is still one of the better rookies to come from that year's rookie class. 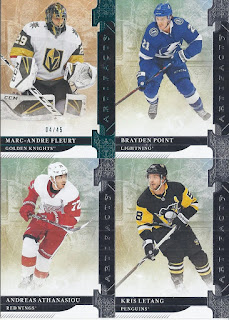 While there wasn't a hit in the Artifacts pack, or a rookie redemption, I did land the lowest numbered parallel  of the packs with the Fleury, who isn't a bad one to get. And to say a lot about the collation of the boxes, all 3 of the base cards were needs for the base 1-100 set, which I really, really shouldn't be worrying about.

While the Leafs anniversary set tended to lead towards players that were available to sign as opposed to a comprehensive grouping of the best and most famous players, I still like getting the chance to pull a Dick Irvin card in it.

The CHL set seems very bland in terms of base design for an Upper Deck release. But the look does seem very nice for IP/TTM autographs, so there's that. At least the insert was nice. 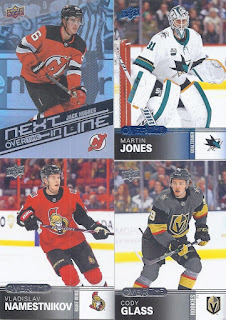 While there was a low-numbered card in this post, with a nice hit to come, my favourite card came from the Overtime pack with the Namestnikov. He moved to the Sens in a trade during the '19 off-season, and then was moved on to the Avalanche in February. He didn't appear in UD Series 2, thus making this card likely his only Sens card. Given I'm trying to get at least one of every player who got a card with Ottawa, this is a great get.

I guess the Hughes is kinda nice too.