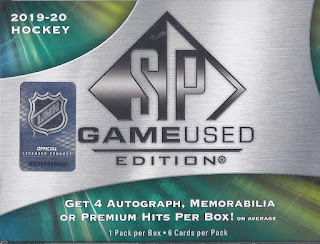 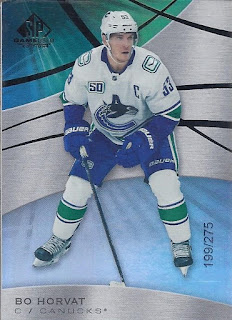 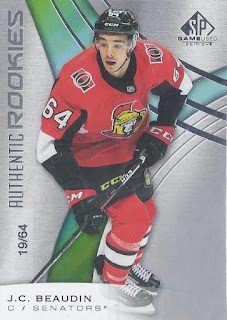 Speaking of base cards, here's one of 'em! Even better for my collection, it is a Sens card and it is of someone making their debut in my collection! Beaudin has, like many of the youngsters making their cardboard debut this year, has spent time between the big club and the Belleville Sens. 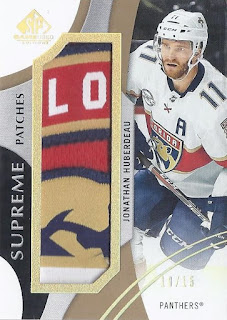 It was already a pretty good box with the Beaudin, but this makes it even better. The Panthers are a club that always seems to have really nice looking patches for their cards, and this one is no exception with this multi-coloured beauty. This patch is certainly a supreme one, and comes from one of the shoulder patches. 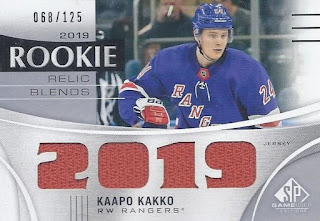 With him having an autograph deal with Panini, the best you're gonna do for hits of Kaapo Kakko are relics. This one is fine, and I do like the relatively less common red on a Rangers swatch. 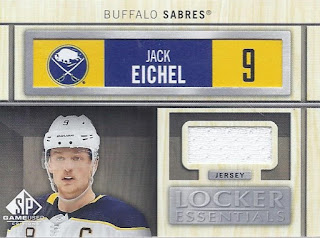 I really like the locker motif/design on this as a nice way to display a plain white swatch. 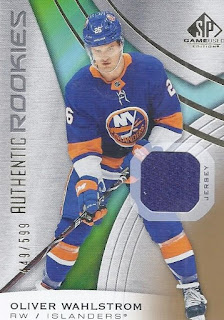 Pretty bland way to end the box, but when you go through the box//pack in the order the cards come out, that's bound to happen.

I didn't get an autograph in this, which was a little disappointing, but I did watch a few breaks and noticed that they tended not to be in packs that contained a Supreme relic. Which is fine by me in the long run, since it is called Game Used, after all.
Posted by buckstorecards at 09:06