Catching Up With the Raptors - Part 2

Today, the COMC portion of the new Raptors. 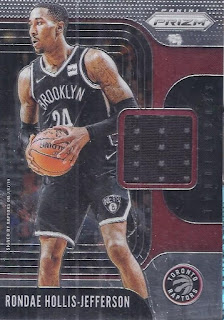 Literally a new Raptor here, as this was one of his first cards with the new team. The photo and the swatch are Nets, but he signed with the team in the offseason, and has worked out pretty nicely so far. 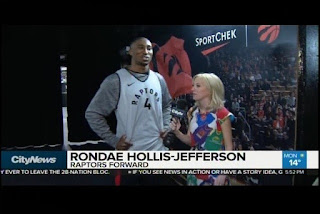 I normally wouldn't throw in a random screen-grab of a player from the local news, but the amazing dress sported by Lindsay Dunn deserves to be highlighted. She sewed it herself out of her childhood bedsheet. And she has more. 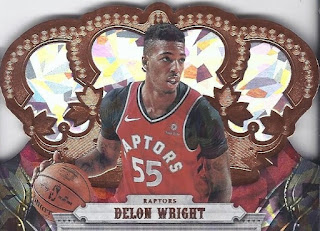 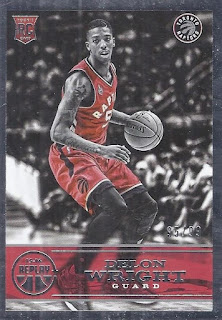 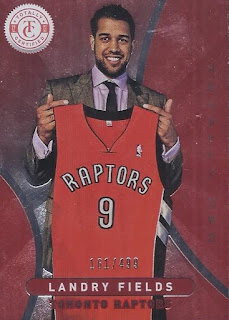 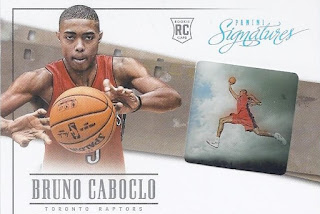 2013-14 Panini Signatures had redemption cards for the upcoming draft, and this was Bruno's redeemed card. 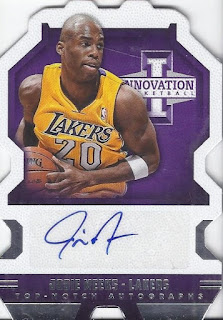 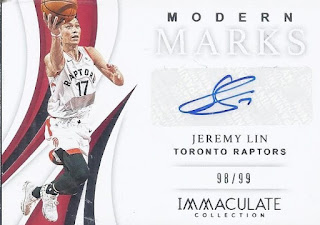 My preference was for a Raptors card if one was available, which meant shelling out a little more than I would have liked for this Jeremy Lin. A group break of Immaculate landed me the Kawhi card for the mini-collection, so it now has company from the same release. 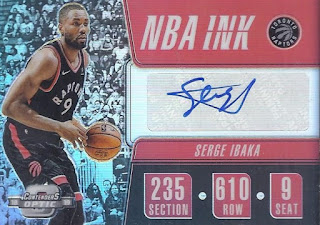 My third /99 card in this post brings me my first Serge Ibaka autograph, out of Contenders Optic. The ticket motif is a favourite design of mine, with the stats being modified to a seat location. Although Row 610 does sound pretty nosebleed-y. And this can double as an autograph of a celebrity chef as well.

With these, and the Jamaal Magloire in my COMC inventory, only Marc Gasol remains out of the collection. While he does have autos, I'm holding out hope he gets a Raptors one.

And there you have it!
Posted by buckstorecards at 05:07