No matter what day of the week it is, it is a fine day for some Dollarama repacks. 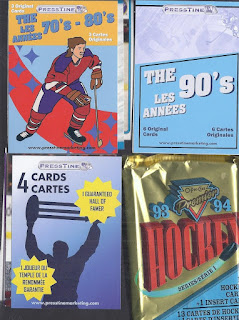 70s and 80s was, as usual, all 80s. But I do get a pushpin design card, so I'm happy with it. Gosselin is rocking the airbrush look, having moved over from the Nords. 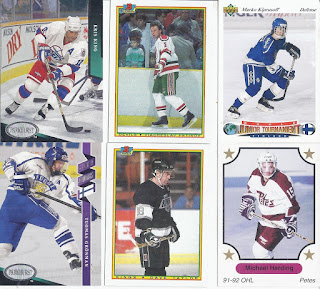 A pretty bland grouping as we move into the next decade. I guess the lesser-known Kiprusoff brother is the most interesting card here. 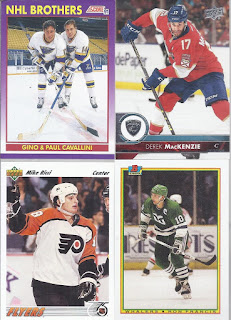 Ron Francis is the HOFer, but as often happens, the more interesting card isn't the promised card, but the Brothers card. 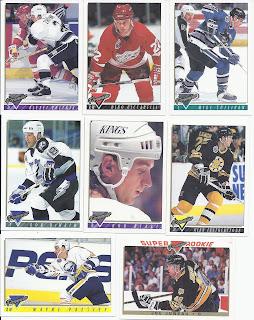 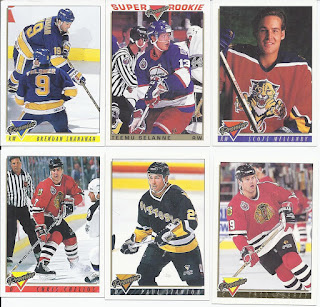 I'll scan the entire Premier pack, because why not. Despite the Super Rookie designation, those are both second year cards saluting their rookie seasons. There's a Rangers alum in there with that nicely-framed Wayne Presley card. The one-per-pack gold parallel of junk wax mainstay Troy Murray wraps it up.

Best cards in the whole thing for me were the pair of Sabres cards of Foligno and Presley. 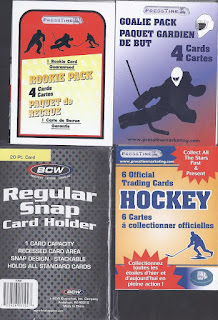 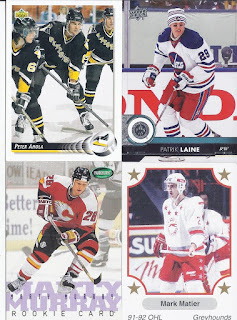 Just like with the HOF pack, there is the promised rookie with Marty Murray (which is at least not a 1990 Bowman), but outdoor game cards will always be the best of most groupings. 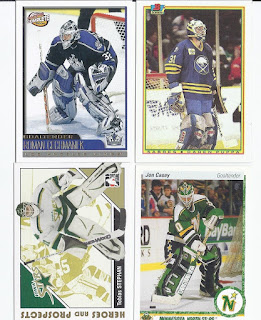 3 of the 4 goalie cards are mask binder candidates, although only the Cechmanek is new. 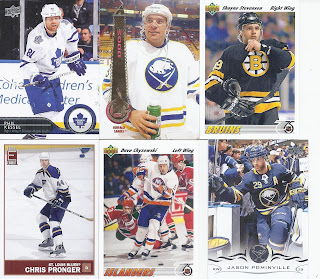 And your random 6. There's another Rangers alum with Stevenson, a somewhat rare-for-repacks Exhibit card, and a nice look at the old Buffalo Auditorium. 50 percent makes for an interesting pack.

And there you have it!
Posted by buckstorecards at 06:02