The Expo goodies posts are drawing to a close, with hockey taking its natural place with the most singles acquisitions. These here are the cards that I picked up for 'cool card' reasons, as opposed to being for my varied PCs. 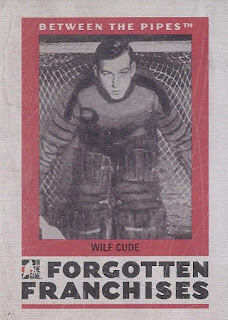 Even though it is not vintage, I couldn't pass up a chance to add a card of the one-and-done Philadelphia Quakers to my collection. That net behind Cude looks huge in comparison to the netminder, and it must have felt that way, as they went a ghastly 4-36-4 in their only season. 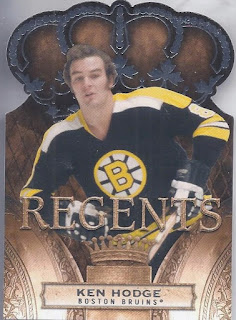 Normally, this card would be part of a Legends subset, but since this is Crown Royale, it is a Regents card. 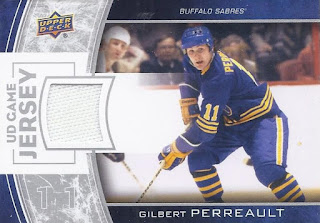 An inexpensive relic of a HOFer? Why not? 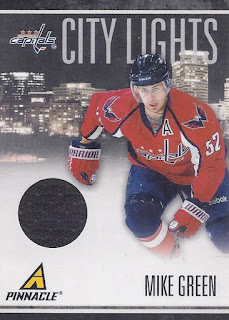 As for this, this does include my favourite type of background photo for cards that choose to remove it from the actual photo - a cityscape. 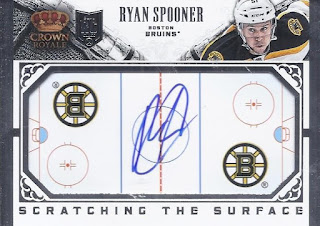 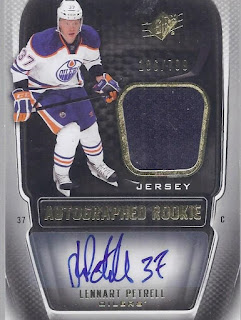 Like I'm going to leave a card of a guy named Lennart Petrell behind. 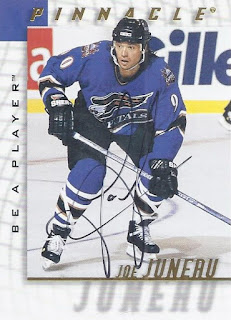 Random auto-acquisition #1. I'm not sure why, since I already have at least one auto of his previously. Maybe it was the Caps uniform? 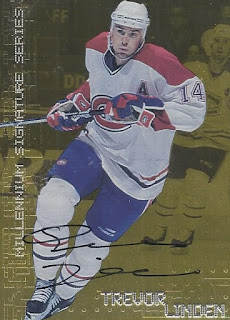 Why not add a Trevor Linden auto to my collection? He's in that realm of guys (Roenick, Verbeek) who you'd figure were in the Hall of Fame, but are somewhat surprised they aren't, but if they get in when they need a fourth some year it wouldn't be a shock. 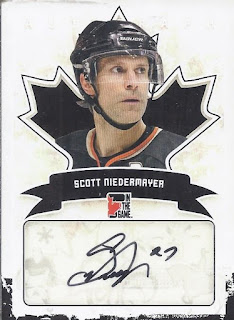 Now here is a Hall of Famer. This autograph comes from the Goodwin Champions-ish ITG release Canadiana. I've also used this to add autos of Trish Stratus and Chantal Kreviazuk to my collections, so why not use it to add a HOFer's sig as well? 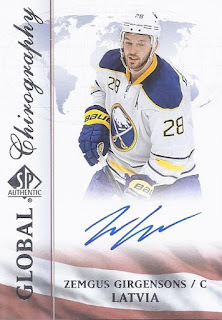 And sometimes, you just need a card with a Latvian flag on it. At more than 4 times as many games than all other Latvian-born players combined, he's easily the best choice for a world-themed card. 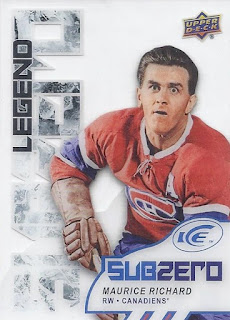 Let's end it with Rocket Richard looking like a total bad ass in acetate form.
Posted by buckstorecards at 05:30