As in, the cards that came my way from a case break of the recent Chronicles release.

The look is exactly the same as the baseball release. Although I wasn't a fan of that, I don't mind it as much here - likely due to the presence of team logos.

The backs just continue the write-up from the front. They probably didn't have too many games to choose from for the write-ups, so Panini might as well get some more mileage from that Philly game. 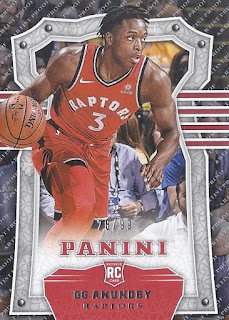 The real attraction here comes from the inserts. Similar to one of my favourite Panini releases, Rookie Anthology, Panini takes inspiration from other releases to create "what if?" type cards. Here's OG on a Panini base football design, with this being an Artist's Proof /99 parallel. 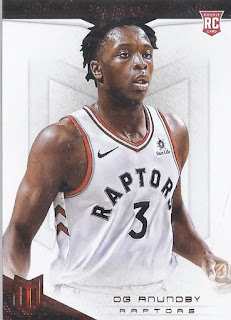 And on a set that we haven't seen in a bit, a Momentum design. 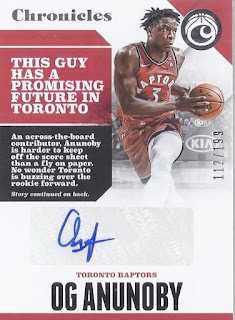 And one more of Anunoby to wrap things up. On a sliding scale, that's one of his better autos. 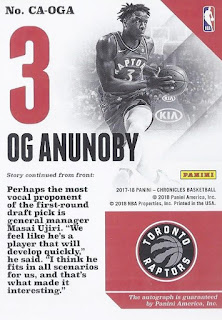 And here's the second part of his story. For completeness' sake.
Posted by buckstorecards at 11:57