As with the past few years, it is time again to recap some of my favourite new cards in my 2/14 birthday collection that have entered the binders in the past year. The two rules remain:

I had the top 10 all planned, then my COMC shipment showed up earlier than expected. So, I'm doing a Top 14 this year, since it is still an appropriate number, and I can show off 4 new cards for the first time from that shipment. 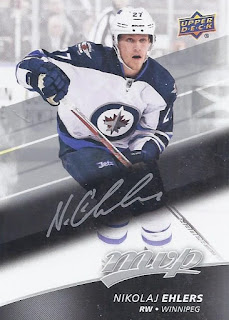 The silvers this year in MVP look really nice, with the black strip being used to highlight the signature, instead of just having it disappear into the photo as in previous years. 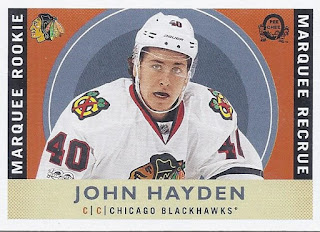 One of several people to make their cardboard debut in releases over the past year, this would have been higher if not for the derpy photo. 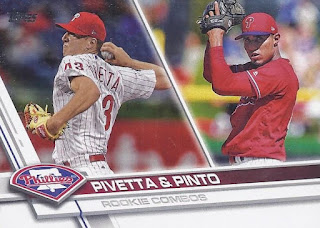 Not a collection debut, as I'd picked up one his autograph from 2015 Bowman Chrome, but it getting one's first Topps card is pretty nice. I originally had Derek Norris' Heritage release in this spot, but when I went looking to see if he'd signed in the off-season with someone, I found this on his wiki entry. " On September 1, 2017, Norris was suspended for the remainder of the 2017 season for violating MLB's domestic violence policy". Yuck. 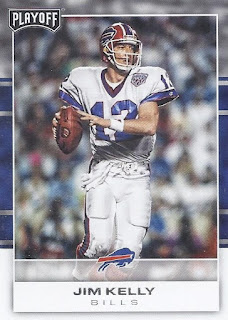 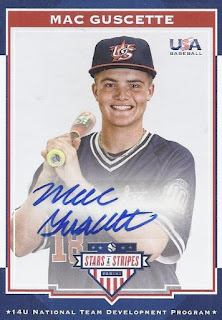 After seeing there were members of the 14U and 15U USA team in this Panini release, I cross-referenced with the USA baseball website to find if there were and Mac was one of them. He's immediately the youngest member of the binder, having been born in 2002. He'll probably still gave that distinction for several years. Mac is also the first of three people on this list making a binder debut. 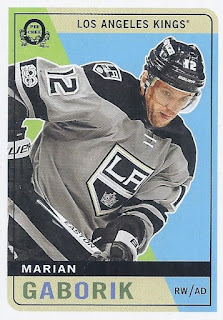 More of the great-looking retro design from this year's OPC. I'll point out I had this written before he was traded to the Senators yesterday evening. Hopefully, he'll get at least one Sens card before being bought out/traded again. 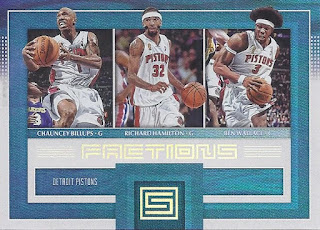 The only basketball addition from this past year's releases. Pack-pulled just a couple weeks back. That's always a bonus to move a card up the list. 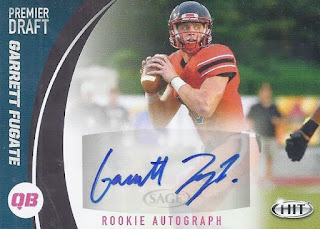 The second new face is Fugate, who didn't make the NFL this season, and is now in the CFL with the Alouettes. He's got a decent autograph as well, at least until he ran out of room on the sticker. 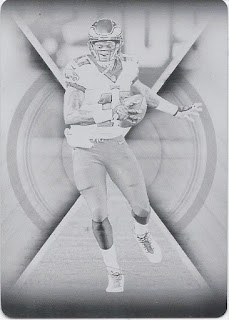 The recent Super Bowl champion makes his appearance on the list via this plate I'd received in a trade w/ Too Many Manninghams. I had a pair of his Eagles card to chose from (Prestige base), but opted for this since it was a 1/1. I'm not going back to look, but this might be the first 1/1 to make one of these lists. 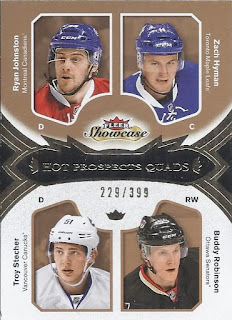 This should probably be lower, but it was my first Ryan Johnston card, and it appears to be his only cardboard appearance. And I was also crazy enough to spend $15 on this. Plus shipping. 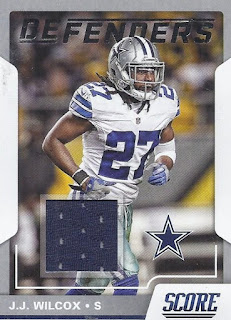 A relic in position #4 without even a patch? JJ's only previous cardboard appearance prior to this was a base card in National Treasures 2013. I was not expecting him to have relics in any 2017 release but found this one on ebay. I sent up the bat-signal to a stateside collector that would grab it so I could avoid insane shipping charges, and a certain Willingham super-fan came through. 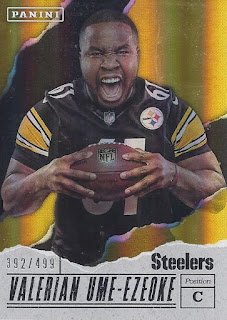 I'm not sure why a player who was not drafted in 2015, and has never played a game in the NFL managed to get into a 2017 special release. But there he is, with a nice shiny card. He's the second person in the collection to have some sort of 'Val' reference in their name to join the binder, alongside Ayako Hamada, whose middle name is Valentina. That's enough to combine with the obscurity to move him up the list. 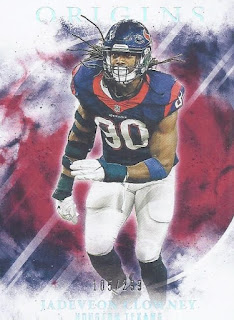 A nice looking card, but even nicer that this is a red parallel, matching beautifully with the team colours. 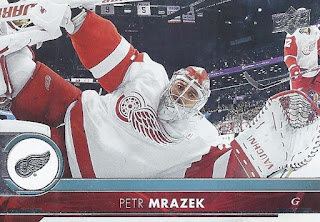 For the second straight year, a Petr Mrazek base card is my pick as the favourite 2/14 card from the past year. The net cam can make for memorable photos, and it certainly does here on this card.

And there you have it! That oughta hold me 'til next year. With Upper Deck S2 dropping today, I can start thinking about new candidates within hours.
Posted by buckstorecards at 05:31