Thursday Surprises doesn't roll of the tongue like it would if I were posting these on Sunday, but any day is a good day for repacks. 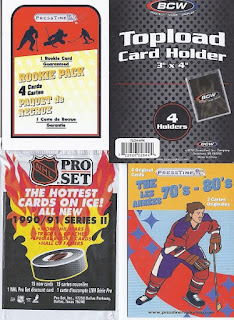 Today's double Surprise Bag break starts off with these. 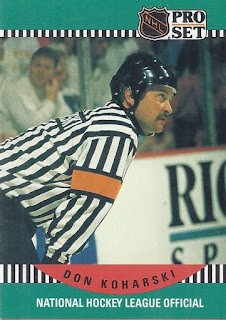 Nothing of note in the Pro Set pack, but since I should scan something, here's a donut-eating fat pig. 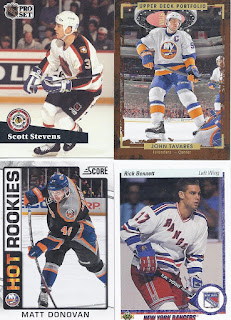 The Rookie pack actually contained two rookies, featuring the two New York teams. The more interesting cards for me are the non-rookies, with a great low-angle photo for Tavares, and a Rangers alum with Scott Stevens. Amazingly, that PC card wasn't a dupe.

A couple keepers, but that was pretty bland. Will the second one improve this? 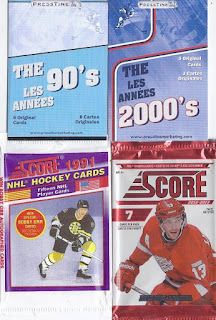 At least this one will have more volume. 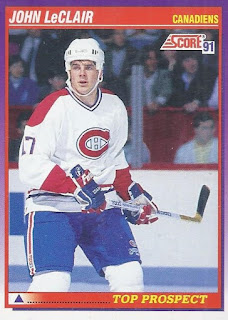 Nothing much of note in the older of the Score packs, but since I should scan at least one card, at least there was a decent rookie card in the pack. 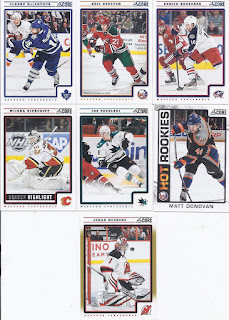 It's a Matt Donovan hot break! 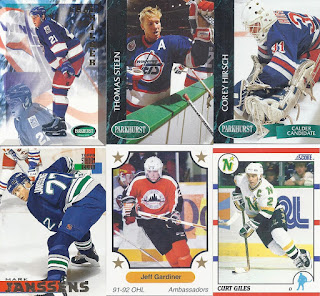 While the 90s pack was, as expected, a junk wax fest, I do note that 5 of the 6 cards feature teams that aren't around in their then-pictured form. So at least there's that.

The 2000s pack saves this one. A forgotten Bruin in the Winnie the Pooh specials, and an OHL mask card makes this a keeper. Even the Hemsky is a base card from the lost 2004-05 season, so each of the three cards is at least interesting in a way.

Pretty blah foray into repack land today, but at least I got a few keepers out of the deal.
Posted by buckstorecards at 05:48