I haven't seen one of these before at Wallyworld! 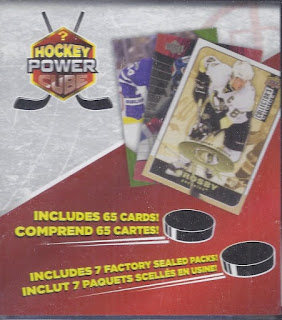 This was contained in one of those Ultra Pro cubes. The only thing visible was a pack of 16-17 S1 and 15-16 S2, so I picked them up, solidly under the belief that unless I hit a good Young Guns card, the cube will probably be the best pull.

I'll start with the 65 random cards. I'll admit I was expecting 65 1990 Bowman cards, so this card being the first visible one was a surprise: 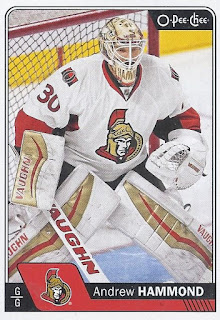 A recent card and a Sens card?! Nice! In fact the oldest cards in this bunch of 65s were from 09-10. 30 of them were from last year's OPC set, but there were still some surprises. 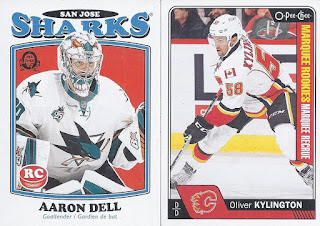 Such as one of the short-printed rookie, and a retro rookie parallel. While Kylington has still only played the required-for-a-card 1 NHL game, Dell's been active as the back-up in San Jose. 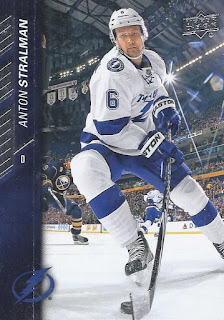 No inserts or short-prints the rest of the way home, but among the 18 cards from 15-16 UD was this nice low-angle photo. 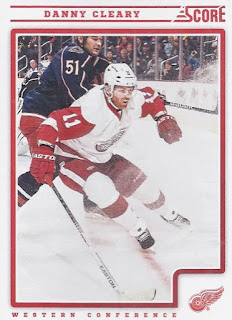 8 cards from 12-13 Score were next. There wasn't anything too memorable in this group, so I'll pick this snowy card of Danny Cleary as the best here. This release will redeem itself greatly when it comes to the packs. 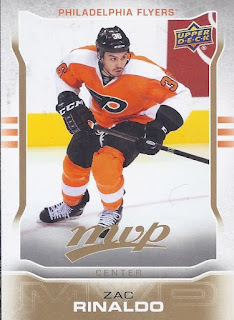 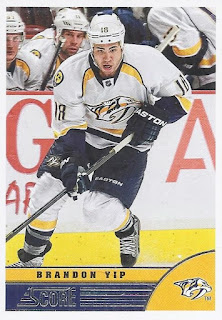 Brandon Yip is the default best card from 13-14 Score, as it was the only one.

Finally, 3 cards from 09-10 UD, since there was just enough room on the scanner for all of them.

There you go! Better than expected so far, and the packs still to come next post!
Posted by buckstorecards at 07:06